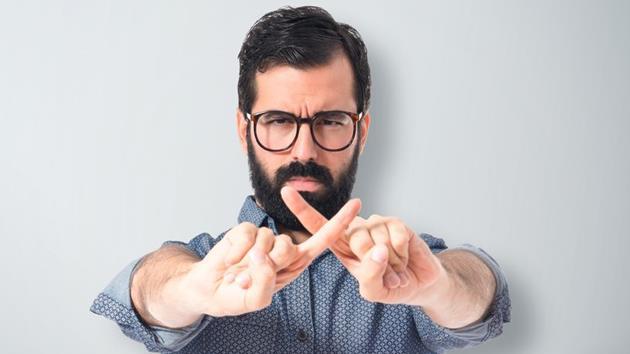 Your husband fell out of love and left, pulled the rug out from under your world and, in your stunned disbelief you can’t, for the life of you, figure what went wrong.

Many women are blinded sided by divorce, slapped in the emotions by a husband who says, “I’m not in love with you anymore.” Most, I’m afraid, fail to look inward and own the role they played in the lack of love now being shown them.

Happy marriages are difficult to maintain and, it is possible for a man to fall out of love with his wife. It’s difficult for a couple to maintain the level of excitement felt when they first met once they are sharing their lives day in and day out.

Add to the monotony of daily life, marriage stressors and a lack of skills for dealing with the stress and it is possible for a husband to lose those “loving feelings” toward his wife.

Wondering why it happened to you?

Below are 9 Reasons Your Husband Fell Out Of Love

1. You Missed the Mark When It Came to Communication

Not only is communication important in maintaining a bond with each other, how you communicate will determine how strong of a bond. The way a couple communicates is as important as the ability to communicate.

Below are four negative communication traits that may have killed his love for you.

Giving him the silent treatment

When you refuse to talk and discuss problems you slowly destroy the love that is the foundation of a marriage.

Refusing to communicate is a disrespectful manner of communicating how you are feeling. Did you give him the silent treatment when he pissed you off? If so, all you managed to do was push him away and build a wall that restricted intimacy.

Being on the defensive

If you viewed statements made by your husband as accusations, you probably responded in a defensive manner. Being defensive is not communication, it’s a game of who is right and who is wrong. When you start keeping score, love eventually pays the price.

Constantly expressing how you feel about your husband’s negative traits isn’t communication, it is tearing down. Nothing kills feelings of love for a wife quicker than feeling like you can do no right. If your communication style causes your husband to feel worthless and depletes their self-esteem, don’t be surprised when you find the love has died.

This is a no-brainer! If you tell someone who loves you they are an idiot, stupid, can’t do anything right, that person will eventually fall out of love with you. Name calling is a form of emotional abuse!

2. You Were a Clingy Wife

My 8th grade home economics teacher taught us that once couples marry they “became one.” She was wrong! Couples do not become one and believing so is a death sentence to autonomy and love.

For love to thrive a wife and husband should remain autonomous, fully individualized outside the relationship and marriage.

Wanting your husband to spend all his time with you because you believe it is an expression of how much he loves you is a sign of immaturity in you, not proof that he loves you.

If love is to grow, a husband and wife must continue to bring your own individuality to the relationship.

If you were clingy, insecure, jealous and possessive you weren’t feeding love, you were smothering it. Want to choke the love out of someone quickly, man or woman, keep a tight noose around their neck!

3. Your Marriage had a Bad Beginning

In order for a couple to weather the storms…the ups and downs of marital life, they need a strong, healthy beginning. Below are a few examples of poor relationship foundations. Beginnings that could cause either spouse to eventually lose loving feelings for the other.

A rush to marriage

You fell in love and had him standing at the alter two months later. True love takes time to grow, two months, isn’t enough time. If you rushed him toward the alter before he was ready to go there, your marriage was doomed from the beginning.

It was all about the engagement and wedding

Did you “fall in love” as a means to get married?

If you set out to find someone to marry you instead of someone to love, that is an immature foundation for love to grow on. If that is the case, most men soon realize they’ve been used and will begin to lose the desire to invest in you and the marriage.

We all know that couple. They dated for six years, broke up and got back together on a regular basis and were always in the middle of conflict. If you can’t hold a relationship together before you marry, you aren’t going to be able to after you marry.

Were you the drama queen while dating? Did you think marriage would put an end to the drama? Once a drama queen, always a drama queen and men will only feel affection for a wife like that for so long.

4. You Didn’t Meet His Needs

Forgive me for going all “Venus and Mars” on you but, as individuals, we have needs in romantic relationships. If those needs aren’t met, love dies.

And, I’m not talking about big needs either. If you lived, day in and day out taking care of the children, cooking, cleaning and doing laundry, meeting your girlfriends for lunch or hold up in your craft room with a hot glue gun you probably had very little time left over for him.

We women, like to talk about getting our needs met but, men in a relationship have needs also. If, as his wife, you weren’t tuned into his emotional and physical needs and putting effort into meeting them, he may have gotten to the point of finding someone who would.

Sexual fulfillment, support, and admiration are the basic needs of a man. Did you underestimate the importance of those things?

Problems are common in all marriages. Both spouses need to have the ability to constructively work through those problems. When a wife avoids finding solutions to marital problems, leaving her husband holding the bag, love eventually dies.

Putting the onus on him to solve problems by refusing counseling or communicating about the problems causes resentment to grow toward you and the relationship.

Unresolved marital conflict, especially when a wife tries to sweep them under the rug, negatively impacts feelings of love her husband has for her.

6. You Stopped Caring About Your Appearance

You let yourself go. You gained 50 pounds with your first baby and never lost it, you started wearing nothing but sweat pants and just generally became someone no one would find attractive.

Physical attraction between spouses is important. If your husband looks at you and his motor doesn’t start humming love is doomed. Part of being in love with someone is feeling passionate and drawn to their physical appearance.

Just because a man has said, “I do” doesn’t mean his love will always be there regardless of how you look and how well you take care of yourself.

7. You Rejected Him Sexually

Sex in marriage is important because it brings a couple closer together. If a couple has a great sexual bond they can weather almost any storm. In a sexless marriage, there is no bond, storms are not weathered!

Sex is also an expression of love between two people. Few women understand that men bond with their partner via the act of sex. It’s true! Marital sex, for men, is a way to feel closer to their spouse.

It isn’t just sex for the sake of sex.

For love to continue and grow it’s important that a wife understands and respects her husband’s normal sexual needs. And, at times, give a spouse what they need (within reason) because you care about his needs being met.

8. Being a Mother Was First on Your List of Priorities

Without your husband, you wouldn’t have children to put first. For that reason, don’t be surprised when your husband falls out of love due to feeling ignored, unimportant and dismissed.

Mothering is rewarding and time-consuming and, it is also one of the biggest risk factors in causing a husband to feel kicked to the curb.

Many women focus on the children thinking the relationship with their husband will be there when they get the job of raising children behind them.

They mistakenly think they will pick up where they left off when the children are grown and gone. It doesn’t work that way! His love must be nurtured too.

9. You Were Impossible to Please

It didn’t matter what he did, you were never grateful. He washed the dishes and you bitched at him for not wiping down the counter tops. He worked overtime to take you on the vacation of your dreams and you whined the entire time you were on the trip.

Whatever he did, you took his efforts for granted and failed to show appreciation for his efforts.

10. You Changed After Marrying Him

Before marriage, you were up for anything. You enjoyed going out with him, doing things he was interested in. You were invested in your career, had a full and rewarding life. You were the total package!

After marriage, you turned into a boring, grumpy, uninteresting person who was in bed asleep by 8 in the evening and spent your weekends on Facebook or binge watching television on the couch. That interesting woman he fell in love with became a snooze fest he had no respect for and very little feelings of love toward.

Disclaimer: Some men are dogs. They may not have loved you from the beginning. More than likely, though, you were in a relationship with a fully emotionally functioning man and, it’s going to help you, in future relationships to understand your role in him falling out of love with you. So, I urge you to own your role in the demise of your relationship, learn from it and move ahead with your life.