I can’t sleep.  I can’t go to sleep and when I finally do, a mouse fart will wake me up and that is it for the rest of the night.

Last night I got about 3 hours and I don’t remember driving carpool this morning. In addition to not sleeping, I also feel my heart racing.  Anxious much?

Then, to rub salt into the wound, my stomach has gotten so bad with the stress that I am like a stomach acid factory.

I can’t keep anything down.  Good for my diet, bad for everything else.

Today I broke down and went to the doctor.  She asked naively, are you stressed?

Why yes, I do believe I am.

My fiance is moving here sometime (Do NOT under any circumstances ask ‘when’.)

We are buying a house together and I’m selling the same house with my Ex.

Al is having 2 surgeries prior to coming.  They aren’t urgent or life threatening, just important and I won’t be there.

She took pity on me and gave me lots of good stuff.  My stomach feels better already.

Then Stanley Came in for nest exchange:

1. Pick Boy up from Drivers Ed in an hour.

2. Tomorrow pick up Boy’s suit from tailor for Prom (I took Boy for fitting)

3. Pick up corsage for prom date (I ordered and paid for)

4. Find Boy’s shirt on hanger I ironed for him today.

5.  Do NOT under any circumstances UNTIE the Bow tie (bought by me.)   Slip around neck and fasten.

6. I will pick boy up and drop him and date’s dad will bring him home.

His response was to tell me about his new house inspection and pop open a beer. I know that some readers think I have it easy with Stanley.  I do in a way.

He is high on the Suckometer for sins of Omission. He’s passive aggressive, uncommunicative, quietly hostile, withholding of information, plus a total dumb head.  Symptoms caused by an Ex with high levels of suck on the Omission Suckometer include:

banging your head against the wall

bitten and cracked lips from biting them.

because it takes a while to realize how wronged you’ve been.  Quiet bastards. Then there are Exes  (Exhibit A, Al’s Ex) who have high levels of suck on the Commission Suckometer.   They commit atrocities on a regular basis.  These exes are mean fuckers, openly hostile, they go out of their way to be contrary on every issue, they put their agenda in front of the kid’s and will use them haphazardly to hurt you.  Their sins are so OVERT that there is no way to overlook that you have been shat on and therefore you immediately react. 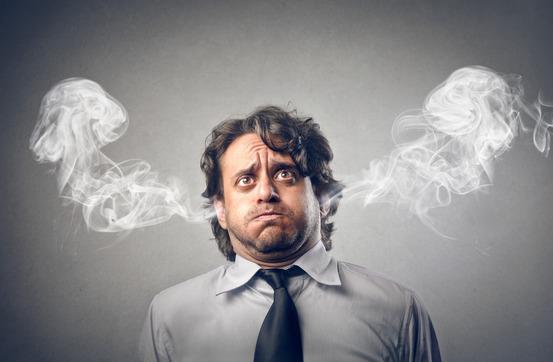 Symptoms caused by an Ex on the Commission Suckometer include:

and a chronic need to punch someone. Plus occasional medication swallowed by vino.  I’m about sick of it.  Plus, there is still custody and child support to discuss.