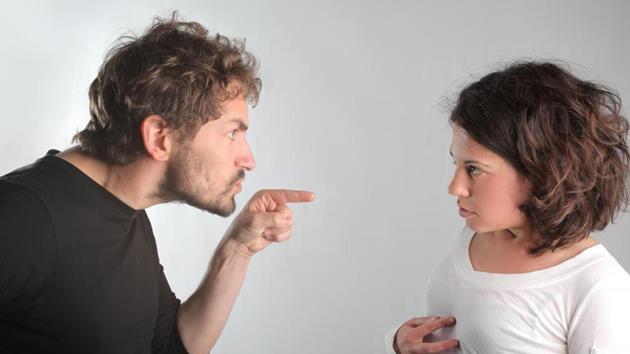 If you’ve divorced a narcissist you know, first-hand, how a narcissistic father can emotionally harm his children.

“Half the harm that is done in this world is due to people who want to feel important. They don’t mean to do harm, but the harm (that they cause) does not interest them. Or they do not see it, or they justify it because they are absorbed in the endless struggle to think well of themselves”. ~ T.S. Eliot

You used to think that by the time you were in your twenties and definitely by your thirties you’d have your act together – you’d be establishing a successful career, have your own place, be in a committed and stable relationship, visit the gym enough to have the body you always wanted and your social life would be vibrant.

How a Narcissistic Father Can Emotionally Harm His Children

But, you’re nowhere near where you thought you’d be, and the tiny boxes next to the list of achievements that you’d hoped to accomplish are still unchecked.

As your confidence deflates, you look back on your own upbringing and think about your father – Mr Self-Assured. He seemed to have it all – charm, success, popularity and he never seemed to be plagued by self-doubt, unlike you. He was the hit of the party, knew everyone and made things happen. You couldn’t get enough of him.

Come to think of it, did his confidence border on arrogance? Is it possible that you were raised by someone with narcissistic traits? And if so, why is it important?

We take our families for granted – it’s natural that we do. Each family is a miniature sociological experiment, with its own set of unwritten rules, secrets, and nuanced behavioral patterns. We take our mom and dad for granted; like this must be what it’s like for everyone. Your dad may have been narcissistic, but you just assumed that all fathers were like him.

Here are some signs that your father had narcissistic tendencies or was an outright narcissist.

When you go through these traits, some may hit home; while others may not be relevant. Some may ring as very true; while others as less so. This is why narcissistic traits are not synonymous with a Narcissistic Personality Disorder.

Now that you have a firm grasp on what a narcissistic father may be like, let’s take a look at how he might affect his kids.

How a Narcissistic Father Can Emotionally Harm His Children:

Narcissistic parents often damage their children. This is especially true if one of those parents is a narcissist and a divorce occurs.  For example, they may disregard boundaries, manipulate their children by withholding affection (until they perform), and neglect to meet their children’s needs because their needs come first. Because image is so important to narcissists, they may demand perfection from their children. The child of a narcissist father can, in turn, feel a pressure to ramp up their talents, looks, smarts or charisma. It can cost them if they fulfill their Dad’s wishes – and it can cost them if they fail. No winning here.

Daughters of narcissistic fathers often describe feeling “unsatiated” when it comes to getting what they needed from their fathers. They never got enough and would have to compete with siblings for time with Dad. As a young child, Dad would comment on how beautiful you were. But as you grew older, he would rarely miss out on commenting on weight and attitude. You probably carry these concerns into adulthood, even if you found success.

With a Dad like this, it’s never enough. With men (or women), you often feel vulnerable and worried you’ll be dumped for someone else. Anxiously avoiding commitment or taking on the narcissistic role are both natural ways to keep relationships safe; it’s understandable and self-protective. (But, you lose.)

A daughter needs her dad’s adoration; it validates her and helps her internalize her specialness. Healthy fathers give their girls that gift. You are special and deserve love, for being you.

As the son of a narcissistic father, you never feel that you can measure up. Dad was so competitive, that he even competed with you. (Or, didn’t pay attention to you one way or the other.) You may have accepted defeat – you’d never outdo your dad. Or, you may have worked hard to beat Dad at his own game just to get his attention and some semblance of fatherly pride. You somehow never feel good enough even when you do succeed, you still feel empty and second rate.

Just like girls need to be adored by their fathers to feel validated, boys also need their dad to believe in them. You may even become a narcissist yourself. This way you get Dad’s attention (after all imitation is the highest form of flattery), and you learn from your old man how to manipulate and use people.