Did y’all see that movie?

The house was spectacular. 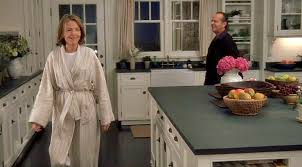 Okay, one more then I gotta give a move on… 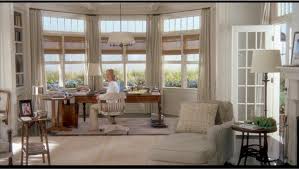 This is depressing me.

My biggest problem is myself.

2 weeks ago I started having problems with my ear/ears

but one in particular.

My hearing kept going dull, like I was under water.

And there was pressure.  And dizziness.  Then pain.

So I go to the ENT and pay big money that I don’t have.

in one ear but that my ear drums are fine.

Swimmer’s Ear??  I haven’t been swimming.

Can you get that from having, ummm, relations in the shower?

getting an earful of water for more than a few minutes.

Then she says I might have Meniere’s disease which is a fuck.

Not a sweet shower love session, a true fuck.

Yeah, I ain’t got time for that.

But I’m dizzy, I have ringing and ear pain.

To diagnose Meniere’s requires more testing with money I don’t have.

So, I look pathetic and she takes pity on me and gives me

and some oral antibiotics for sinusitis just in case.

So, I do the drops and take the pills and it doesn’t get better.

I call and they change the antibiotics and give me a steroid pack.

I stop sleeping and when I do sleep I dream of snakes and other horrors. 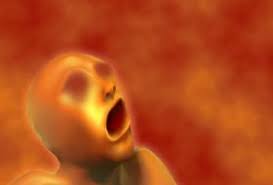 Because I don’t have time for that.

I was supposed to go for a followup last Friday morning

but Merlot woke up with the vomitus horrendus

and I had to reschedule until yesterday.

Yesterday, I dropped Merlot at the school and raced across town

in the rain to my appointment. Jumping Bean made it to school

and The Boy was sick with the aforementioned vomit.

Fun times at the nest.

She looks in my ear, which still hurts and says it looks normal. 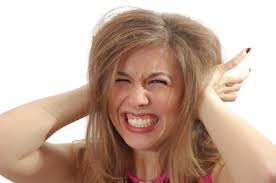 Well, the ringing has kind of stopped but I still have pain.

I’m not a doctor but that ain’t normal.

She says, “I think you have TMJ. I think you came in here with 3 problems:

Swimmer’s ear, TMJ, and I still think you have Meniere’s and need the testing”

Why yes, I suffer from all of those!

and it is causing pain near my ears that I think is ear pain.

Once again I looked pathetic

(I gave her this face)

and she agreed I could hold off

on the expensive Meniere’s testing and deal with the TMJ.

I’ll probably end up with a mouth splint or something.

Which means I will only get sex in the shower and

What I have to do is get a grip on my stress.

Because all of this shit is stress related.

I’ve been a stressed out mess since my divorce.

Divorce is making me sick.