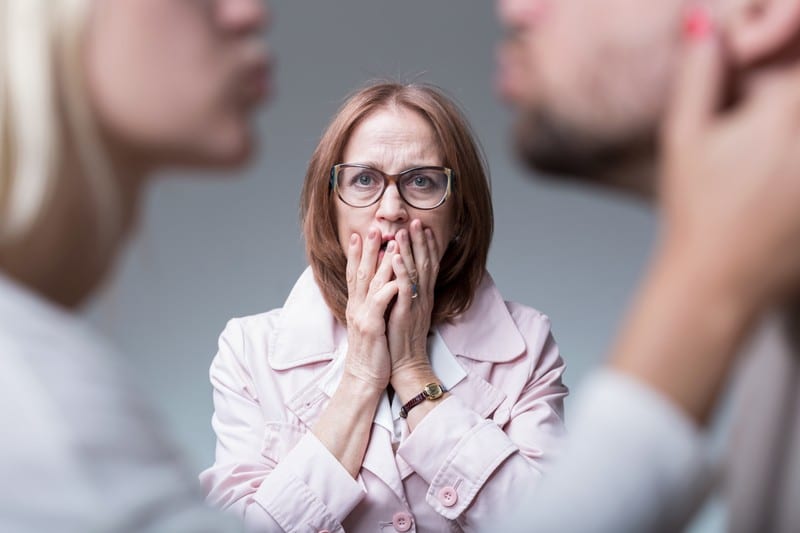 Women believe myths about cheating because they must believe their partner wouldn’t have cheated without a good reason.

When a spouse, friend or relative cheats its human nature to assign a reason for the cheating. At dinner last night I heard several friends go round and round about why a colleague of ours is engaged in an extra-marital affair. The conversation was made even more interesting because it was a group of women and me. It would seem women NEED a reason for someone betraying them. Why do they cling to societal myths about cheating?

The conversation was rampant will all sorts of reasons/myths for this particular man’s cheating. “It must be a midlife crisis.” Or, “maybe there isn’t enough sex at home.” Then there was, “I bet she is young and sexy and looks good on his arm, men just LOVE a younger, prettier woman.” The best reason, though, “what can you expect, he is a man, men cheat, and it’s in their DNA.”

Let’s take each one of these myths about cheating that women cling to and clear a few things up:

I will venture to say that if the numbers were known, there would be as many women having affairs as men. The ability to betray a spouse by cheating is not gender-specific. According to the National Opinion Research Center’s General Social Survey, the percentage of wives having affairs rose to 14.7 percent in 2010, while the number of men admitting to extramarital affairs held constant at 21 percent.

Married women are slightly more faithful than men but just slightly. We don’t hear about women cheating as often as we do men because women are more discreet. They are more cautious than men and therefore get away with infidelity at a higher rate than men.

Most men who cheat do so because the opportunity came up. Yes, that is right; some men cheat because they can, not because they aren’t getting sex at home. Some men cheat to prove to themselves they are still attractive to the other sex. There are many reasons men cheat, they grew up watching their fathers cheat, it is a covert way of punishing their wives or they accidentally suffer a moment of weakness during a business trip.

The reasons are many, but very few men cheat because they aren’t getting sex at home. Just ask some of the highly sexual wives who have been victims of infidelity.

Nine times out of ten, when a man cheats, it is for sex. And, he isn’t particular about the package it comes in. He isn’t focused on finding flashy and beautiful; he is focused on getting laid and easy and available is what appeals to him.

More than likely, if your husband is cheating, the other woman isn’t younger, prettier, smarter or thinner than you. What she is, is ready, willing, and able. Young and sexy can do better than married and unavailable, and normally that is what they go for, someone single without the baggage of a family to deal with.

The takeaway, it doesn’t matter why a man cheats. The thing to focus on is the reality…they cheated. Reasons and justifications aren’t important. What is important? How you respond, and what you choose to do with the knowledge that your marriage has been touched by an affair.