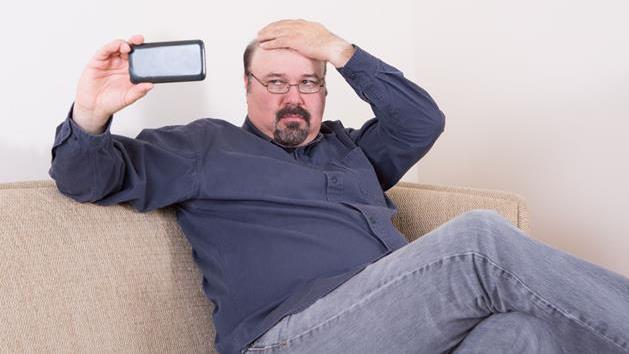 When I thought of a guy going through midlife crisis, the image that came to mind was a guy in his mid-forties to late fifties driving down the highway in a sporty red convertible with a much younger, trampy looking woman seated next to him.

He has one hand on the steering wheel and the other holding on to his toupee.

The day my life changed, I didn’t recognize the man who told me in a flat, emotionless voice he needed some space and he wasn’t sure he wanted to be married anymore as he looked at me with a blank stare. Then he hastily grabbed about three t-shirts and two pairs of underwear in his arms(no suitcase) and rushed out the front door of our home, jumped in his sports car and drove off without looking back.

I stood looking out of the living room window in shock, hurt and anger as I watched the man I had been married to for over twenty years drive out of my life. The crazy thing I couldn’t understand was, we had gone out to dinner the day before and there was no indication from him that he was unhappy and wanted out of the marriage. I felt like I had been sucker-punched.

I had to catch my breath because I felt like the room was spinning and if I didn’t sit down I would pass out. Now I’m not saying our marriage was perfect, but never in a zillion years would I think the man I knew for over two decades would tell me he wanted out of our marriage. About a week after I received the news, I was online searching for information about what may possibly going on and came across a website talking about men’s midlife crisis.

It seemed like I was reading a description of my ex-husband as he was before he walked out. Several of the characteristics this website stated as signs of men going through a midlife crisis described my husband of the last few months. For example, it seemed like his personality changed overnight.

He really was a changed man because his attitude toward me and our marriage seemed to change from day to night. The last year of our marriage seemed to be fine even though we were overcoming some challenges with other family members, we were still doing date night every Saturday and going to church together every Sunday. Then like the wind he changed to a stranger who didn’t want me or the family we built together for so many years. He tossed us away with the flick of his hand as he drove away.

I also noticed his likes and dislikes had changed and most of his conversations were always about him and what was going on in his life even if the conversation initially started out concerning the other person. It was like he was so obsessed with himself that he couldn’t hear or focus on my concerns when we were talking. He was more concerned about dying the grey in his hair, buying a new sports car. Even when we went out, he would take me to these bars, diners and places that were not typical for us as a couple. These places had a different more casual atmosphere.

After he left our home, conversations with him became weird and sometimes made no sense. He became even more secretive or his answers to questions didn’t match what he had said previously. He just did not sound or act like the man I married. He became a stranger that I really did not like.

After going through the trials of divorce, I now know that part of the reason this man one day, out of the blue, decided to destroy his family, destroy my trust and my respect for him was that he HAD to be going through a midlife crisis! That had to be it, or he was possessed or just plain crazy. But I am determined not to let this stranger destroy my life.

Since my divorce, I have discovered I’m stronger physically and mentally than I thought, I can survive on my own and am very self-sufficient, but most importantly I truly know who my real friends are. It takes a life changing event to show you who cares about and will be there for you and it also shows you who you really are. I’ve lost friends and family members, but I’ve also gained new relationships and my Christian faith has become stronger because of what I’ve gone through.