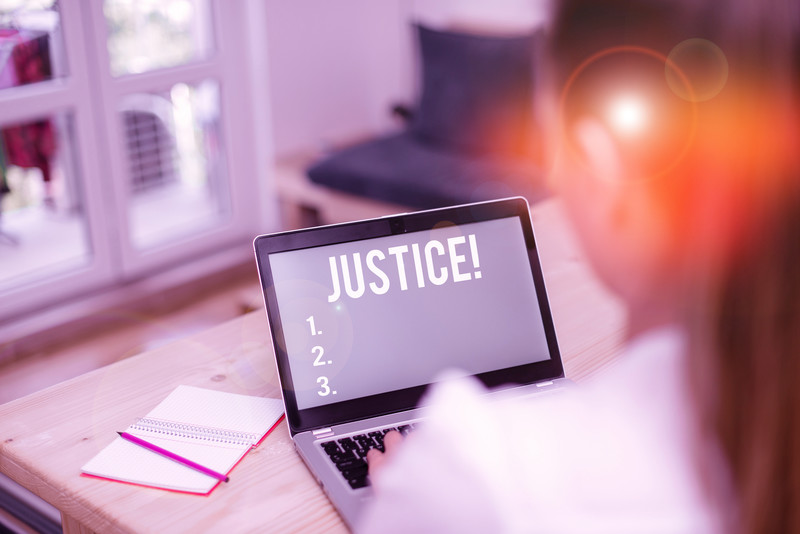 If you are going through a divorce, or are about to go through a divorce, you have many important legal rights. The Constitution, the U.S. Supreme Court, as well as the laws of many states, guarantee you a number of rights and protections.

11 Legal Rights for Women During Divorce

The right to notice and opportunity for a hearing

The Fourteenth Amendment to the Constitution says that no state can deprive you of life, liberty, or property without due process of law. The Supreme Court has held that this means that, before a court takes any action against you, the court has to notify you, and the court has to give you an opportunity to present your argument in court. Thus, a court cannot grant your ex-spouse a divorce, or make any ruling regarding custody, visitation, property division, or alimony, without first notifying you and giving you an opportunity to respond.

The right to a neutral decision-maker

The right to file your divorce petition for free, if you can’t afford the filing fee

Most states require you to pay a filing fee when you file your divorce petition. But, in Boddie v. Connecticut, the Supreme Court ruled that the state cannot deny you the right to a divorce if you can’t afford to pay the filing fee. So, if you want to file for divorce and can’t afford to pay the fee, ask the court clerk for a “pauper’s affidavit” which will allow you to file for free.

The right to remarry someone of another race

In Palmore v. Sidoti, the mother, who was white, divorced her husband, and obtained custody of their three-year-old daughter. The mother then remarried an African-American. The trial court then changed custody of the child to the father; the trial court held that, because of the “social consequences of interracial marriage,” it was not in the child’s best interests to grow up in a household with a stepfather of a different race.

In many states, you cannot be denied custody simply because you are a woman

In much of the nineteenth century, the husband was considered the “head and master” of the household, and the husband would automatically obtain custody of the children when the parties divorced. Then, in the late nineteenth century, many states changed their laws and created the “tender years doctrine,” which held that courts were to prefer the mother in child custody cases.

Since the 1970s, many states have passed laws stating that the predominant consideration in custody cases is the “best interests of the child,” and that a court may not prefer to award custody to either parent because of the gender of that parent. The Supreme Court, however, has not yet ruled on this issue, and the laws vary from state to state. It would be wise to consult an experienced family attorney to see what the law in your state says on this issue.

If a third-party, who is not a parent, seeks visitation with your child, the court must give your decision “special weight.”

In Troxel v. Granville, the Supreme Court held that parents have a “fundamental right … to make decisions concerning the care, custody, and control of their children.” Troxel held that a consequence of this right is, if someone other than a parent seeks visitation with a child, the court must give the parent’s decision “special weight.” This holding often comes into play when grandparents seek visitation.

This does not mean, however, that a court may never award visitation to a non-parent. The Supreme Court did not specify exactly how much weight a trial court must give to a parent’s decision; the Court said, “We do not, and need not, define today the precise scope of the parental due process right in the visitation context.” However, Troxel makes clear that a court may not award visitation to a non-parent simply because the court believes visitation would be in the child’s best interests.

In general, you must have some contact with a state, in order for a court of that state to have jurisdiction to hear your case. The state in which your case may be heard depends in part on the issues being adjudicated.

Granting of a divorce – which state may hear the case?

Adjudication of financial issues – which state may hear the case?

The Supreme Court has held that, in a divorce case, a court may not adjudicate financial issues (for example property division and alimony) unless the defendant has “minimum contacts” with the state. In Kulko v. Superior Court, the father, who lived in New York, bought his daughter a one-way plane ticket to California, where the girl’s mother lived. The mother then filed a motion in a California court. In the motion, Mother asked the California court to modify Father’s financial obligations which had been entered in the original divorce decree.

The Supreme Court has not precisely defined “minimum contacts”, and the law on minimum contacts is highly complex and takes up the space of many law school lectures and textbooks. However, other Supreme Court cases have said that in order to have minimum contacts with a state, a person must have “purposefully avail[ed] [her]self of the privilege of conducting activities within the forum State,” and “the defendant’s conduct and connection with the forum State [must be] such that he should reasonably anticipate being haled into court there.”

So, in order for a court to have jurisdiction to rule on financial issues in your divorce case, you must have purposefully availed yourself of conducting activities with the state, and your conduct and connection with the state must be such that you should reasonably anticipate being haled into court there. (The Supreme Court has also held that, if you do not have “minimum contacts” with a state, a court of that state may still hear financial issues in your divorce case, if you are served with the summons when you are present in the state.)

Adjudication of child custody and visitation – which state may hear the case?

The Uniform Child Custody Jurisdiction and Enforcement Act (UCCJEA) governs the venue for child custody decisions. The UCCJEA is state law, not federal law, but, because all fifty states have adopted the UCCJEA, then your rights under the UCCJEA are similar anywhere in the country. The UCCJEA is highly complex, and cannot be fully discussed here. However, to sum it up, the UCCJEA says that a court may not make a child custody determination unless at least one of the following is true:

Also, if any court has made a child custody determination, that court has “continuing, exclusive jurisdiction” over any future cases involving custody of the child. “Continuing, exclusive jurisdiction” means that no other court may modify or change the child’s custody decree unless a court determines that the child, the child’s parents, and any person acting as a parent do not currently reside in the state.

NOTE: The above description only scratches the surface of the UCCJEA. There are other provisions of the UCCJEA that may allow, or not allow, to hear your particular case. If you have further questions about the UCCJEA, consult an attorney.

Know Your Rights and Protect Them!

If you are in the process of a divorce, and you believe that a court has violated any of your rights mentioned in this article, speak up and assert your rights. Your ex-husband may want to trample on you, but courts and legislatures have determined that you have the constitutional right not to be trampled on.

Can a family court proceed against me in a divorce case without my knowledge?

A family court cannot proceed against you in a divorce case without your knowledge. It means that a family court would have to notify you in case your spouse filed for divorce. You will be afforded an opportunity to engage an attorney, appear before the court and present your side of the story before any orders are passed.

What to do if a judge has bias against you in a divorce case?

You have the right to ask a judge not to hear your case if he has a bias against you in a divorce case. It’s part of the due process as held by the Supreme Court. However, you would have to give reasons for the bias or prove that the judge is related to your soon-to-be ex.

How do I file a divorce case if I don’t have money?

The Supreme Court says you can file for a divorce if you don’t have money. See Boddie v. Connecticut (case) in this regard. You would have to ask the court clerk to give you a pauper’s affidavit for filing a divorce case without having to pay for the court fee.

Will custody change if I remarry someone from another race?

A trial court cannot change the custody law if a mother remarries someone from another race, the Supreme Court has decided this unequivocally.

Is gender a consideration in custody cases?

Gender is no longer a consideration for trial courts in awarding custody to either parent. A family court, however, will consider the best interest of the child as well as fitness of a parent while awarding custody.

Can someone else ask the court for visiting my children?

A court would have to give “special weight” to a parent’s decision if someone else files for visitation. This is because the Supreme Court in Troxel v. Granville decided that only parents have a fundamental right to make decisions regarding the care, custody, and control of their children.

How do I choose a state to file divorce case?

If you choose a state to file a divorce case, make sure you have lived there for a while and that it’s convenient for you to live there now. Commuting from one state to another for hearing of a divorce case would test your limits. The state in which your case may be heard depends in part on the issues being adjudicated.

Can a state other than my resident state hear divorce case?

Attorney Kyle Persaud is the founder of Persaud Law Office based in Bartlesville, OK, where he has years of experience assisting local women and moms handle cases in divorce/separation. Mr. Persaud holds a B.A. from Oklahoma Wesleyan University and a J.D. from the University of Tulsa College of Law.