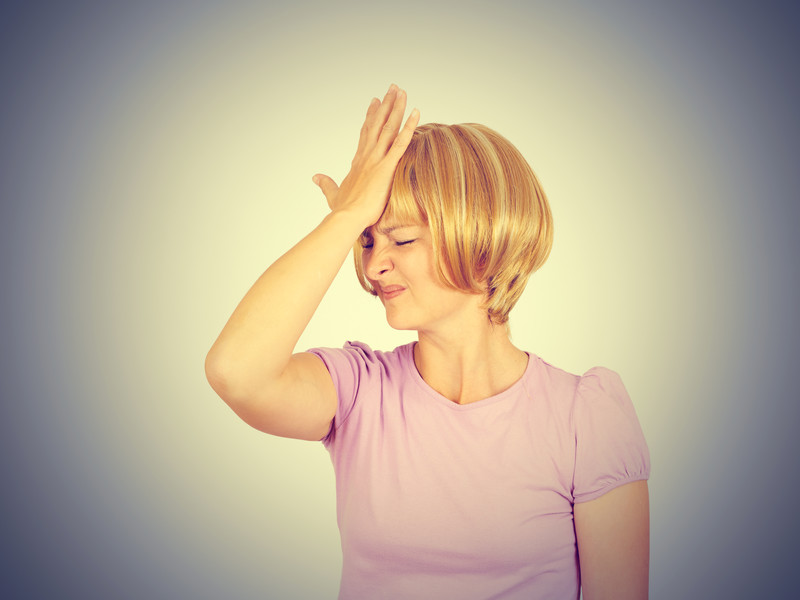 We all have regrets. If someone says they don’t, don’t believe them. If you’ve been married and divorced you probably have at least one big regret.

Regret is the second-most common emotion people mention in daily life, some studies show. And it’s the most common negative emotion. We start expressing regrets at around the age of two, as soon as we’re able to articulate the concept of “If only…” And thereafter, we’re continually rewriting history in our heads instead of playing the cards in our hand. Counter-productive, right?

Sometimes a past mistake is useful as a growth opportunity and sometimes it isn’t. The wisdom is in knowing the difference. Regret isn’t a bad thing as long as you use it to your advantage.

I stayed too long.

I knew within six months of marrying him that I’d made a mistake. By then he had cheated on me twice and, blamed it on me. I internalized it all and spent the next 7 years with a serial cheater thinking he would stop if only I were more attractive, a better wife, a better cook. Thank God we never had children!

The pain my children experienced.

I knew divorce would hurt them, I had no idea how much it would hurt them. I foolishly thought that my kids would be happier if they saw me happier. I learned that they didn’t care whether I was happy or not. All they wanted was their family back together. That bullshit about kids being resilient, yeah, it’s bullshit. And buying into it cost my kids dearly.

After I gave birth to my daughter I remember wondering why no one told me how bad labor pains are. I wondered the same thing after my divorce about finances. I took it for granted that we could live off child support and alimony until I got back on my feet. NEVER take for granted that you’ll be awarded alimony.

I should have gotten a job and gotten on my feet financially before ever filing for divorce.

He waged a custody battle that terrified me. I had lived for 12 years afraid of the man and in the end that fear caused me to lose custody of my children. I gave in and gave up custody because I didn’t have faith in myself to fight him.

Sleeping with him again.

We were great co-parents and able to find a civil place to relate to each other from after our divorce was final. This led us both to think we could be “friends with benefits.” Big Mistake! I started dating, ending that part of our relationship and he went ballistic. Needless to say, that great co-parenting relationship and civil friendship are things of the past.

Leaving because he didn’t “make me happy.”

Divorce didn’t make me happy either. In fact, nothing made me happy. I threw away a perfectly good husband and marriage because I thought it was his job to make me happy. These days I’m working on making myself happy and undoing the mistakes I’ve made.

The divorce process was hell on earth. I blamed him for a long time but now realize that’s all on me. I changed my mind about what I wanted from one day to the next. I gave ultimatums that he couldn’t meet, hell, no one could! I was all over the place and look back and wonder how we both survived my craziness.

Not trusting my own instincts.

Signing a final decree that I knew was not in my best interest. Letting friends and family cause me to second think about every choice I was making. I’ve had to work on that trusting myself thing.

Holding onto a grudge.

He left for another woman. I was scorned and hell-bent on making them both pay. I did manage to make them miserable but, it was worse for me. I lost 4 years of my life ruminating over what they had done to me instead of living it and enjoying it.

Two weeks after I filed for divorce I found out I was pregnant. I was afraid of being a single mom. I was afraid of spending the next 18 years co-parenting with him. I was afraid of what coming from a broken family would do to the child. If I hadn’t been so afraid, I’d be holding my baby in my arms today.

Not being kinder to myself.

My guilt over leaving and breaking up my children’s family was like an albatross around my neck. I choked on. Flagellated myself over it. I spent so much time making sure that everyone else was OK that I forgot to make sure I was too.

Getting into another relationship so quickly.

God, what a mistake that was. I fooled myself into thinking I’d found the one I had always been meant to be with. I uprooted myself and moved across the country for him. Guess what, he just turned out to be another dastardly man. These days I spend time with family, friends and myself. No more thinking a man can cure my problems!

Making him and my marriage my entire life.

I’m pretty sure not having a life outside of him and the marriage is what eventually killed the relationship. I didn’t have a voice or opinion of my own. How could he not become bored with me? I mimic my mother in my marriage and in today’s world, women like my mother don’t fare well in marriage.

I didn’t take any of it seriously.

The money spent on legal fees.

We both went into divorce determined to win. I don’t know what I was trying to win and if you asked, he probably doesn’t either. We blew a lot of money on lawyers and in the end, neither one of us won.

My biggest regret about my divorce is doing it in the first place. I was 43, bored, longing for something new in my life. He told me, so did my friends and family that I was going through a midlife crisis. That angered me and made me more determined to divorce. Five years later, I see they were right and that it caused me to throw away the most important things in my life…my husband, marriage, and family.

FAQs about Regret After Divorce:

Feeling regret after divorce is quite human as it’s an emotion just like any other. Regret can be associated with the tendency to be morally sensitive to an unfortunate event. People do feel regret over their divorce after investing so much in their marriages, and vowing to be together till death do them apart.

Is regret a negative emotion?

Studies show that regret is not only a negative emotion, but one of the most common in our daily lives. We begin to experience regret as early as around the age of two as we think about how things would have been better if only we had acted in a different way. It’s like getting stuck in the past instead of focusing on the myriad of possibilities in the present.   .

Will alimony and child support be enough after divorce?

Alimony and child support will never be enough for you regardless of how wisely you plan on spending it. It will be a mistake to think that you can live off alimony and child support until you find a job. How can you be so sure when you don’t even know whether or not you would get alimony? Plan on getting a job before ever filing for divorce.

Is life outside marriage important?

It’s important to have life outside marriage as well as an independent voice and opinion. Many marriages end because one fails to value the concept of socializing, doing what one likes and taking time out just for one’s self.

Can midlife crisis lead to divorce?

Midlife crisis does lead to divorce when we fail to understand what we are really going through. Marital stressors coupled with the conflict within ourselves has made many people file for divorce—a decision they later regret.