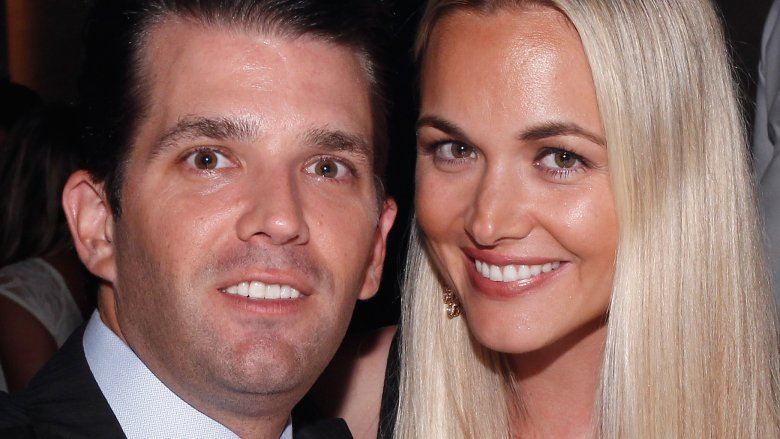 I think I should make it known, right off the bat, that I’m not a fan of Donald Trump Jr. or his father. So, there may be a bit of a slant to this article. It won’t be “fake news” but it probably won’t be a flattering opinion piece either on the Donald Trump Jr. divorce.

Rumors have been swirling about why Don Jr. and his wife are divorcing since the day they announced their divorce.

On March 15, celebrity gossip site Page Six reported that Vanessa Trump filed for divorce that afternoon in Manhattan Supreme Court. Don Jr. and Vanessa, both 40, married in 2005. They confirmed the news in the following joint message to Page Six:

“After 12 years of marriage, we have decided to go our separate ways. We will always have tremendous respect for each other and our families. We have five beautiful children together and they remain our top priority. We ask for your privacy during this time.”

Since that day I’ve heard many reasons why Donald Jr. and Vanessa are dating.

Some related to politics, some others more salacious.

Below are 3 reasons Don Jr. and Vanessa may be divorcing, according to the Internet.

1. Don Jr. had an affair with Aubrey O’Day. I’m thinking this isn’t the reason. This affair happened in 2011. That is 7 years ago. Who waits to divorce their husband due to an affair for 7 years? No one!

2. Don Jr. is stingy and keeps Vanessa on a tight budget. So tight that she has, in the past, had to go to her parents for financial help. This made me wonder, does he keep her on a tight budget or, is he not as wealthy as he holds himself out to be and just plain has no other choice but stinginess?

3. One of the rumored reasons includes Vanessa’s reported displeasure with Don Jr.’s social media habits. Have you checked out his Instagram account? He is all about playing the family man and good father. Yet, it’s rumored that, in reality, he prefers hunting or golfing or hanging at Mar-A-Largo to time with his family.

4. Here is the one I’m more inclined to believe.

Vanessa file for an uncontested divorce and hired a CRIMINAL attorney instead of a family law attorney. We all know that Don Jr. is in hot water with special counsel Robert Mueller so, speculation is…Don Jr. and Vanessa are divorcing in an attempt to protect marital assets in case he goes to prison. Her criminal attorney instead of family law attorney could be in preparation for any possible questioning of her regarding what she may or may not know about her future ex-husband’s criminal activities in connection with Donald Trumps campaign and presidency.

The fact that they spent Easter weekend together as a family, flying together on Air Force One from Mar-A-Largo to the Whitehouse and, I might add, looking pretty chummy cements my opinion that this divorce is a way for them to protect themselves and their assets against the legal storm headed Don Jr’s way.

Divorce can be an ugly, sordid mess but, then again, so can Don Jr. My heart breaks for his children but when I look at the list of reasons below to dislike the man I don’t pity him his divorce and won’t feel any sadness if he ends up in prison.

He compared Syrian refugees to Skittles

He uses disrespectful language and bullying antics on Twitter

He’s been called a white nationalist and behaves like one.

If not being able to use Daddy as a stepping stone would he even have the skills to wait tables?

Regardless of your politics, like his father, Don Jr. is a polarizing character who makes it easy for some of us to dislike him.