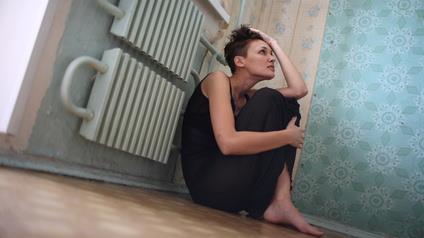 Ahhhh, guilt. As a mom it is probably not something any of us are unfamiliar with. Motherhood inherently comes with a certain amount of guilt even on a good day. If you forget to send a needed item to school or miss a field trip, there is guilt. If you go back to work and leave your baby in the hands of a daycare worker, there is guilt. Guilt is lurking around every corner when raising children. It is an unfortunate truth that moms have learned to cope with.

However, when the guilt you are feeling is a direct result of your failure, it is a totally different animal. Failing at your marriage and the guilt that comes along with that is a challenge. The effects said failure has on your children can make the guilty feelings you had before seem silly. You know that because you and your spouse could not make it work, for whatever reason, you will now be changing your children’s lives forever.

I have found that there is a certain amount of guilt that you will never be completely rid of. There will always be an ache in your heart when you think about the time you will now spend away from your children because of the divorce. You will ache when you think about the questions their young minds must have and the worry that you won’t be able to soothe their fears. However, as with so many other things in divorce, it is important to try to keep the focus on the big picture. If you know in your heart that the divorce is what will ultimately mean you and your ex can be happier, and in turn raise happier children who are not living in a home plagued with problems, you may be able to rise above the guilt and remember the good.

My ex and I are as amicable as I believe is possible in these situations. There is hurt on both parts, and he did not want the divorce. Therefore, in addition to guilt in relation to my children, I also have a significant amount of guilt because of the pain he has endured. I know if left up to him we would have continued to be “just ok” and really just roommates for the rest of our lives. Our marriage failed for a laundry list of reasons, some of them his…some of them mine. We were killing ourselves slowly in trying to stay married and I know that apart we will thrive in a way that we never could have together. This is what helps me overcome any feelings of remorse or guilt when he is struggling. I know he will see in time it was best for our family and he will heal.

The guilt can take over if you let it. It is important to recognize the source of the guilt and do what you can to deal with the cause rather than trying to fix the whole situation at once. It is a take it as it comes sort of thing. If one day you are struggling with feeling guilty because one of the kids is having a hard time with adjustment after divorce, make an effort to have one on one time with that child and reassure them that their lives are still happy and wonderful because they have two parents that love them. If that is not the case, remind them of your love for them and listen to their concerns. Often we let the guilt make a problem that could be solved one that feels impossible. Try to keep perspective.

It is also important to allow yourself time to work through your grief and loss after divorce. If you’re having a day where you want to wallow in the guilt and feel sorry for yourself, give yourself that day. Sometimes all it takes is a good cry and a little reflection to feel like it isn’t all so terrible. Divorce is a hard thing. No one will ever tell you otherwise. But there is good to be found on the other side. Allowing guilt to control your life will not make for a successful future post-divorce. The whole point of getting a divorce is to find some happy on the other side. Going from a failed marriage to the life of your choosing can be liberating if you allow yourself to be free from the guilt and shame that can accompany divorce.