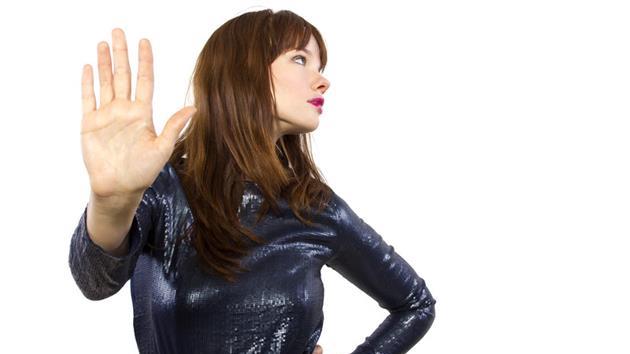 Hopefully, we are free of the stigma attached to being single in the 21st century and can openly refute the notion that marriage is the solution to personal unhappiness or loneliness. However, many divorced women I counsel feel they have to justify staying single for an extended time after they divorce. It’s important to understand that there are many great reasons why women are choosing not to marry again or to delay marriage.

Truth be told, many women look at being single as an opportunity to live a more authentic life. In America today, at least 100 million women remain single and the ranks keep growing, according to author Kate Bolick. There’s been a demographic shift with fewer people getting married. Rebecca Traister, author of All the Single Ladies states that the proportion of US women who were married dropped below fifty percent in 2009, creating a “dramatic reversal” with only twenty percent of Americans being wed compared to nearly sixty percent in 1960.

Additionally, many smart women understand that it can take a few years to recover from the emotional and financial strain that often comes with divorce. Healing is not a process that can be rushed and many single mothers are choosing to reclaim their own lives and to focus on the psychological and emotional well-being of their children.

For instance, Jessica is an attractive, thirty-seven-year-old single mom who is an emergency room nurse at a large hospital. Between raising two kids and her busy work schedule, she doesn’t feel a need to get remarried and is enjoying dating casually two years after her divorce. In fact, while interviewing Jessica, I learned that she’s content with being single and happy to resist pressure from her family and friends to “settle down.”

1. Many women want to give themselves time to heal from their divorce. It’s not a good idea to rush into a new relationship. It’s best not to buy into the social pressure to be part of a couple.

2. After a divorce, women may feel that they no longer need to define themselves through a relationship. They might not want to change their values, goals, or dreams to get a partner to accept them. They’re simply unwilling to compromise – to morph into someone else to accommodate their partner and subsequently lose vital parts of their own identity.

3. Women who were over forty when they divorced and/or don’t feel and urge to have a child may not see the necessity for marriage. If they decide to be in a committed relationship, they’re content living together without marriage.

4. Women may have a healthy respect for commitment and just haven’t met someone they want to make a permanent commitment with. They won’t settle for less than they deserve.

5. Plenty of women are happy being single and don’t have a compelling reason to tie the knot. They might enjoy dating but you don’t have a desire to be part of a couple at this time. Staying single works best for your needs right now.

Recently, I’ve counseled many successful single moms who are happily single and have made a decision to stay unmarried amidst the pressure to be part of a couple. Jessica puts it like this: “I just haven’t met the right guy yet and won’t settle until I do.” She pauses and says, “I’m fine being alone and don’t need a partner to feel good about who I am.”

Author Poorna Bell posits that there is a contradiction in the 21st century because our culture values individualism and autonomy, yet we both fear and dread being alone, and denigrate those who embrace singlehood. She explains that facing your fear of being alone is the first step in shrugging off any stigma attached to being single until an equal partner comes along. In her Huffington Post article How to Be Alone (And Not Be Unhappy). Bell writes, “There is a problem, a serious cultural problem, about solitude. Being alone in our present society raises an important question about identity and well-being.”

One reason why relatives and friends might pressure you into tying the knot is that they fear that you’ll grow old alone and be unhappy. Growing up, we probably weren’t given good examples of how to be alone. It seems like everything we see in movies and TV and on the internet is about how to find the right partner, and make it work. There’s nothing wrong with seeking love because it’s beautiful and can bring about some of the most treasured moments in our lives. But very few people know how to be alone and do it well. They aren’t happy to be alone. They fear it and seek love wherever they go due to fear of being single.

In her article “Stop Telling Women They Are Fabulous,” Sara Eckel reminds us that we need new norms for understanding single women in our culture because in times past they were seen as lonely spinsters, quietly languishing in their studio apartments. Often single women may be especially reluctant to acknowledge the challenges of being alone for fear of being seen as desperate or needy. According to Eckel, many of the stereotypes we have about single women are misleading. She writes, “The single life isn’t a prison sentence nor is it a cocktail party. It is simply a life – a life with responsibilities and rewards, good days and bad ones, successes, and failures.

Emotional dependency is not the same thing as emotional intimacy. According to author Whitney Caudill, “Feeling loneliness or fear from time to time as a single person is normal. In fact, it is normal for everyone.” The key is to recognize this and realize that these are just feelings. Staying in a relationship that is going nowhere to avoid loneliness rarely produces good results. Likewise, getting married a second time to avoid loneliness or the stigma of being single is a set up for unhappiness in a relationship.

There are real pressures and judgments in our culture associated with being single that can weigh heavily on women. Congratulate yourself for your decision to withstand the social pressures and expectations to be part of a couple or race down the altar after your divorce. Embrace some of the pleasures of being single. When you remind yourself about what you like about yourself and what you are good at, your need for others approval will fade away and you’ll feel more self-confident in your lifestyle choice.