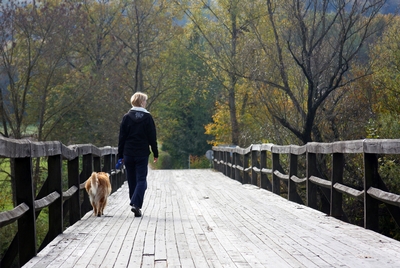 In my work with divorce I have seen many types of marital endings. Sometimes there’s an affair while some endings stem from nothing more then dissatisfaction, falling out of love or a deep unhappiness that far outweighs the challenges of getting divorced. There are no right or wrong reasons for ending a marriage, and marriages are ended as often by women as by men. Both parties struggle differently, but as a culture we have an easier time comprehending men leaving good women than women leaving good men.

I have been on a bit of a listening tour lately, and in that process I have heard many, many stories from women who have left their husbands. I have also heard from the men who’ve been left, and their stories are riddled with the same confusion, hurt, loss and fear that any of us might presume we would only hear from a woman who has been left.

The woman on the other side of this man, the one who have left, expresses guilt, relief, sadness and fear. She is uncertain about her choice, and talks about taking a leap of faith, and trusting that this harder decision of leaving will not be as bad as the deep loneliness she has felt in the marriage. She knows this might not be true, and she often wonders if it was worth it.

Through my interviews I have found that there are five common reasons women leave, and none of them directly involve an intentional act of harm or infidelity. In all cases the decision was not easy or clear, but it was one that needed to be made. But these are not the only reasons women leave good men, these are just a few, but overall they are honest, courageous and deserve mentioning.

She married her high school or college sweetheart, and after 20 plus years of marriage she begins to question her own happiness.  She starts longing for something different and time missed, and she wonders about something better. After painstakingly making the choice to pursue a second chapter, she leaves hoping she will find what she’s looking for.

She’s the breadwinner.
She chose a career that provides for the family and agreed to carry the burden of provider. Over time this wares on her, and she comes to resent him for not having to work. He becomes unattractive to her, and she soon realizes that she can do it alone and feel happier. While writing a check to her Ex will feel crazy, the choice to leave and the struggle ahead seem easier than staying.

She’s done nurturing.
She fulfilled her need for nurturing with her children, but now they need less or have left the nest. His needs become overwhelming, and she just wants to focus on herself for once. She begins to search for herself and discovers that she is missing a big piece of her soul, and that journey to find it is a solo one. She hopes her marriage can tolerate her pilgrimage into herself, but discovers that it’s just not possible so she’s forced to choose between the two.

A woman has powerful needs to be filled and gifts to be given. Over the course of her life she becomes more and more attuned to herself, and less focused on the trappings of what it means to be a woman in the broader culture. Every woman ages, but not all women grow and evolve as part of that aging process.