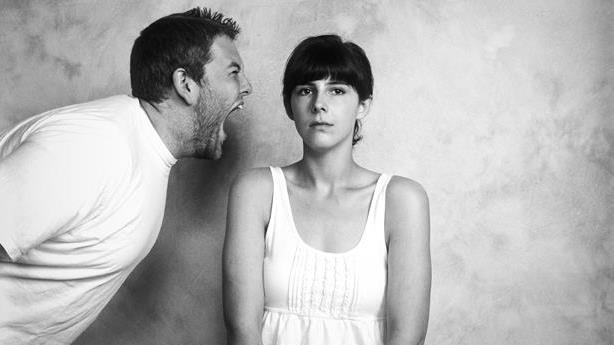 Many control freaks don’t care who they hurt, as long as they win. They will never love or respect you, they think of you as a pawn, and your relationships will never really be about anyone but themselves.

Being back in the dating game after divorce can feel vaguely surreal: it’s likely been years if not decades since your last “first date”! Unfortunately, the old adage is true: you’re still probably going to end up kissing a few frogs before finding your prince, and you might still get into a few not-quite-right relationships, especially if you’re still feeling emotionally fragile, or worse: you’re in rebound mode.

Unfortunately, the turbulence that all-too-often comes with divorce can make you vulnerable to the last thing you need right now: a guy that seems like Prince Charming at first but turns out to be a control freak. Frog, frog, frog alert!

At first, the excessive interest in what you’re doing and spending time with you can be mistaken for caring. If your ex didn’t notice you unless you were standing in front of the TV during the Superbowl, then all the attention in a new relationship can be flattering. But it doesn’t take long for the honeymoon period to be over, and before you know it, he’s choosing your wardrobe, making your life choices for you, and treating you like you’re not qualified to make decisions for yourself.

Here are 6 signs that what seemed like an amazing new boyfriend may actually be a control freak.

1. They have to win every argument, and they’re always right.

Every couple disagrees, but in a healthy relationship, you can agree to disagree, and you can respect your partner’s right to their own opinion. If he’s making mountains out of molehills, and would rather win fights than be happy, that’s a very bad sign. With a control freak, you’ll often feel like your opinions are being invalidated or not even heard.

2. They trash-talk their exes.

It’s fair enough that sometimes, a guy’s exes really weren’t very nice people. But it’s also quite possible that he took no responsibility for any mistakes made in the relationship, learned nothing, blamed his exes for everything wrong with the relationship, and one day will be saying the exact same things about you.

3. Everything is a choice that you’re making as a “couple”.

Major choices, yes, but your opinion should be just as important as his, and if the decision is primarily about you, you should still have the final say. On the other hand, if he thinks he gets to tell you what brand of soap to buy, then no. That’s not a couple decision. When a control freak says that you should be making even trivial decisions “as a couple”, that means that the vast majority of decisions will be made by him, because they’ll manipulate or coerce you into doing it their way and you’ll be too exhausted to defend yourself.

You don’t need your boyfriend’s permission to see your friends, to quit a job you hate, or to cut/color your hair: he’s supposed to be your equal partner, not your master. If you feel like a doormat, get out.

4. They get angry when things don’t go their way.

What does a control freak hate the most? Not having control. You probably feel like you’re walking on eggshells trying not to set them off, and trying to read their mind so that you don’t do or say something to offend them because you’re automatically expected to know what they wanted you to do and they’re annoyed that you didn’t figure it out in the first place.

When other things outside of your relationship go awry, they’ll often become furious, and blow the issue out of proportion.

5. They don’t value other people.

Control freaks often won’t just want to control you. They may treat even friends and family as disposable: if someone does something trivial to annoy them, even if they’ve been best friends for decades, they’ll cut them out of their life. Control freaks are not exactly known for their loyalty: they often have very nasty things to say about their friends, family, and workmates behind their back; the odds are, the things they say about you behind your back aren’t too nice either.

6. They set very high standards for other people and virtually none for themselves.

Control freaks are often very judgmental, and when the people around them fail to live up to their expectations, they may turn on them completely. They hold other people to a very high code of ethics, but are often incapable of self-reflection and seeing their own mistakes, or may even do things that they would consider terrible in another person.

Smaller-scale controlling behaviors often stem from traditional views of gender roles, but much of what was acceptable when your grandparents (or even parents!) were dating is rightly considered male privilege now. You’re allowed personal boundaries, and not to accept sexism: if you feel uncomfortable in the relationship, or like you’re not respected or heard, then that’s a major red flag. In the end, the relationship may start to feel more like a prison than love: domestic violence is all about control, and while not all smaller-scale controlling behaviors turn into emotional abuse, that’s often how it starts. So ring that alarm bell.

There are some loving, decent, well-meaning guys out there who are still of a “traditional” mindset and looking for June Cleaver. Those guys often do make good husbands, for a woman who really, really loves baking, needlepoint and letting their man make all the choices; but now that it’s 2016, women have traveled in space and the US may even have its first female president, a lot of us want to be recognized for who we are, not having our potential limited by our gender. That said, many “traditional-values” relationships are very happy if that’s what you’re looking for… but there’s also another kind of controlling relationship, based on misogyny and disrespect.

Many control freaks don’t care who they hurt, as long as they win. They will never love or respect you, they think of you as a pawn, and your relationships will never really be about anyone but themselves. Control freaks often have personality disorders, such as narcissism or sociopathy; you need that kind of toxic “love” like you need the plague. Any promises to change, to treat you like you deserve, etc. are just part of a game for them.

So if you do make the decision to stay with a guy whose behaviors seem like they’re “just” small-scale at this stage, then you need to be prepared for the possibility that things may get much worse, and be emotionally ready to cut your losses and get out, fast.

If you’re a kind and loving person, there are people who will take advantage of that. But there are also many other fish in the sea out there. You’ve already ended one unhappy relationship; this time around, seek the happiness that you deserve in a relationship.