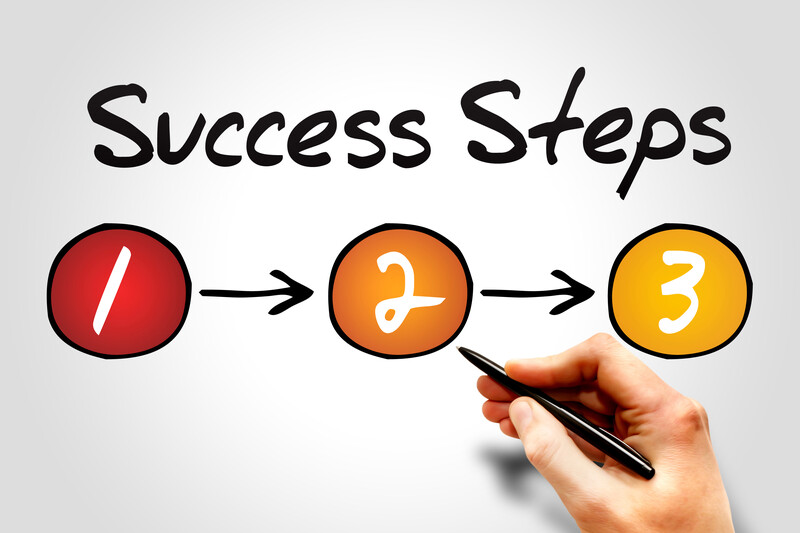 If your stomach drops every time you see a message from your ex, or communicating with him is sucking up all of your time and mental energy, then I’m so glad you’re reading this.

To be clear, I’m not glad that you feel like he’s sucking up all of your time and mental energy, but I am glad that you’re reading this, because I know that I can help.

If you implement these three steps, you will feel the difference immediately.  I’m not saying these steps are easy, but they are simple; and, with practice, you will master this three-step process.  Once you do that, you won’t believe all of the space that opens up for you in your life.

Here are the three steps to peacefully co-parenting

The first step in the three step process of peacefully co-parenting with your ex is to neutralize him.  If that sounds a bit sinister to you, then let me explain.

So many of my clients want to tell me that the ex’s messages are “harassing” or “exhausting” or that the messages “make me so mad.”

None of that is true.  I’m serious, and I know that some of you are really going to push back on this.

Here’s how this plays out.  Your ex sends you a message in an email or a text.  The characters on your phone or computer do not jump off of the screen and inject a feeling into you. They don’t. You do not have a feeling until you have a thought about the words, and the thought is usually something like, “I can’t believe he said that,” or “he has a lot of nerve criticizing me.”

Two different things are happening here.  First, he says words.  Then, you have a thought.  The words are neutral.  The thought is not neutral.

Most of us live decades of life – and many people have lived their entire lives – without making this distinction, but it is this distinction that will drive transformative change for you.

If you think right now that you’re just observing the reality outside of you, and that you have a lot of evidence for what a jerk he is, or that you can even list all of the people that agree with you, then you’re proving my point.

The more you think about what a jerk he is, and the more you want to show me why you’re right, the more likely you are to reach that conclusion about anything that he says or does.  Eventually, you won’t be able to see anything else.  There’s real science behind this.

Now, hear me on this. I’m not saying that it’s okay that he said what he said. I’m not condoning it and I’m not telling you that it’s your fault.  Let’s forget about fault and responsibility for one second.  Let’s instead ask a different question.  Does it serve you in your day-to-day life to believe that he’s creating your feelings?  Does it serve your children for you to believe that?

Stop doing that.  Instead, separate exactly what he said or did from what you’re thinking about what he said or did.  The words and actions are totally neutral.  The thoughts about them are not neutral.  You cannot control his words or actions, but you are responsible for your thoughts, and that’s the best news ever.

That’s what I mean when I say to “neutralize” him.

Once you “neutralize” him, these next two steps become much easier.  The second step is to Plan.

Here’s how you plan.  First, every time you receive a communication from your ex, categorize it as tactical or substantive.

A tactical communication is one in which you are making or receiving an offer that has to be acted on immediately.  If it’s not acted on right away, it will become stale.  For example, your ex texts you to say, “I happen to be passing by your house tonight. Would you like me to drop Junior off then instead of you having to drive to my house?”

That is an example of a tactical message because, if you don’t respond within a certain period of time, the offer in the message becomes stale.  So, for tactical messages, it makes sense to respond immediately and only to accept or reject the time-sensitive offer.

Most of the messages between you and your ex that are sucking up your time and energy are not tactical.  They’re substantive, which means you don’t need to respond right away.  You may not need to respond ever.

The block of time that you’ll pre-select could be twenty minutes every Thursday evening after the kids go to bed, or some other block of time monthly.  I usually tell clients to start with thirty minutes bi-weekly, and then make little adjustments until you settle into a schedule that works best for you.

Now that you’ve neutralized and planned, the third step is to constrain, which means that you only respond to substantive messages during the block of time that you selected in Step 2, above.

At first, you’ll want to react in the moment to a substantive message.  Your brain will tell you that you need to “stand up for yourself” or that you “shouldn’t let him get away with saying things like that.”  Your brain is lying to you.  There’s nothing to stand up for.  He’s totally neutral, remember?  And you’re not “letting” him get away with anything.  He was never asking you for permission.

You’ll want to tell me that this is really hard.  That is also a lie.

It literally requires more physical movement from you to type that immediate response than it does to not type the response.  Not responding “feels” harder, however, because that means you must allow the urge to respond without acting on that urge.  It’s sort of like not eating the cupcake when you’re trying to eliminate sugar and flour from your diet.  It’s literally easier to not pick up the cupcake and put it in your mouth, right?  The hard part is resisting the urge to eat the cupcake.

At first, you’re practically going to have to sit on your hands when you get some snarky message from your ex.  It feels better in that moment to satisfy the urge to respond, but you know that the result that’s being created from that action is not a result that’s working for you in your life.

That’s what I mean by constrain.  You select that block of time when you’re going to sit down and thoughtfully respond, and then constrain yourself to only responding to substantive messages during that pre-selected block of time.

I promise you that this process will become easier with practice.  Once you’ve mastered this three-step process, you’ve mastered a meta-skill that you can apply to so many other areas of your life.

Janie Lanza Vowles is a practicing divorce lawyer and certified life coach.  In her coaching program, she teaches divorced and divorcing moms how to feel better about their divorce and peacefully co-parent with their ex.  You can learn more about Janie’s coaching program and access her free training at this link.  You can also email Janie at Read More