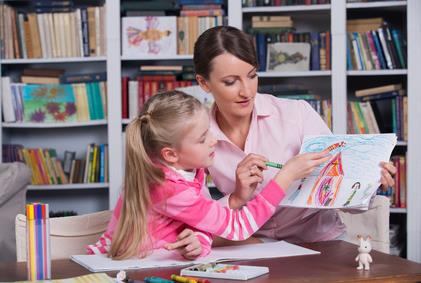 As a divorced mom with two young children, I regularly struggle with the question of whether or not my children need therapy. They were quite young when we divorced (I actually left while pregnant with my second).  They don’t remember the disease that my marriage was, or why I chose to amputate.

I’m not averse to therapy. I think it’s a wonderful tool. I’ve had extensive therapy since leaving my ex – and it’s helped me a great deal. I’ve been able to reflect on why I got married, and why I stayed married for almost 10 years despite a severely broken relationship.

I still don’t fully understand why I allowed the emotional abuse to continue as long as I did. But I have come to accept that it’s a part of my story, and it’s made me who I am. I’ve been able to reflect on the coping mechanisms that I developed while in that relationship, and how they sometimes hinder my relationship with my current husbandI’ve come to an understanding of how my parent’s divorce affected me. I can now see that my mother’s reluctance to leave my father may have resulted in a pattern that I had to repeat – if only to understand it.

I continue to have a very broken relationship with my ex-husband. We “co-parent” but not in the strict legal sense of the word. We parent our children separately, at different times, in very different ways, usually with no coordination other than a very strict custody schedule.

I worry that sometimes, despite my best intentions, they see a glimpse of how I really view their father, either through my actions or my words.

They’re still young. My son is 10 this year, my daughter seven. I’ve talked to therapists, on my own, about my concerns for them. I’ve talked to their family doctor. I’ve even had a therapist speak to them while we were seeing a parenting coordinator. And again with my son when he was experiencing test anxiety.

I’ve struggled with whether or not they need to have consistent, regular therapeutic appointments. I know that my ex struggles with these questions as well. He’s not able to verbalize either to myself or to the children’s doctor exactly what his concerns are other than their parents are divorced and they need therapy. Despite our communication issues, I try to keep this line open in case he has some real concerns that need to be voiced.

I know my ex really needs some help with his mental issues, but I don’t think he’s the type of person who could benefit from therapy. His personality is not capable of engaging in reflective and corrective behaviors. The causes of all of his problems are “external” in his view. My own therapy has shown me that someone who isn’t able to admit that their own behaviors and thoughts are part of the problem will never learn to overcome them.

In spite of all of the things the children have witnessed and are subjected to, both by their father and by myself, they’re actually doing OK. They’re normal kids. They behave reasonably. They have no issues in school beyond my son’s struggles with his learning disability.They haven’t experienced any regressive behaviors. My son had a stint of pulling the “I’m feeling sick” before school, but we talked it out, and he’s not doing it any more.

My children have seen me fall in love with a wonderful man. We are equal partners. They don’t see us fight – not because we don’t have disagreements, but because we don’t fight. We discuss, come to a conclusion and let it go. The children see how much we love each other and them. PDAs are normal in our house. We discuss love and parenting and money and how we deal with those things with them on their level. All parts of a normal, healthy relationship. As they can’t remember a time when I was with my ex, I hope that it’s a relationship model that I hope that they will eventually emulate themselves.

As for school, I model efficient homework behaviors in my house. They know they need to get out their backpacks and work on their homework as soon as they get home. My son has to do extra lessons each week to help combat his learning disability – and he does them with little complaint. In my house.

My son spends time outside of the house by himself. One of his “chores” is walking the dog. I’ve seen his self-confidence and independence bloom.

Do my children need therapy? They already have it – our life is therapy. But if at some point they need some extra help, I know what to look for and I know where to look.