There are so many reasons why second marriages should work better than first marriages (should we call it a starter marriage? Like a starter home?  Something we plan to hang out in until we can afford better?).

1. Being older and wiser I think that’s a nice way of saying finally getting my act together. At 27 years old, my age when Husband #1 and I decided to tie the knot, I doubt I had a deep understanding of myself. I can definitely say that neither Husband #1 nor I spent large amounts of time on personal growth. We were too busy surviving first jobs, student loans, and a shaky financial start.

At 39, the age when Husband #2 and I said our vows, my likes and dislikes were pretty well established. And I was a lot more verbal about telling Husband #2 what I wanted out of a future partner.

If you have kids from a first marriage, it’s probably safe to assume they are having some sort of visitation at least once a week.  For me, it was Wednesdays and every other weekend.  And that meant sleeping with the bedroom door open and making as much noise as we wanted to.  Had my first marriage worked out, Husband #1 and I would have had to sneak around like two not-so-flexible teenagers waiting for the parents to clear out of the house.  Yeah, right.  That’s not very likely when the kids are still under driving age.

Through the miracle of visitation, you and New Spouse can now schedule weekends alone, out of town, without having to jump through (too many) hoops. Your Ex turns into a built in babysitter who is probably somewhat reliable!

Those of you who have been though marriage counseling know that this is the hot topic: learning to fight better. Supposedly those of us who have been through the ringer once now know how to speak up while showing respect and honoring the other person’s point of view.

Yeah, right. I think this is a lesson that is learned from birth to death.

4. An opportunity to right past wrongs

Another one of those lessons learned from a past marriage…how to show appreciation and gratitude. It doesn’t matter if you were the dumper or the dumpee in the first marriage, every single one of us made a vow to ourselves and any future spouse that we would speak kind words more often, take the time to notice the good in our next spouse, and really send little thank-you notes filled with love in packed lunches for our latest man.

5. Having the wisdom to speak up sooner

According to Smart Marriges, the number one predictor of divorce is conflict avoidance. I can attest to this being a major factor in the failure of Marriage #1. So speaking up for one’s self is practically a requirement for second marriages.

By this time, according to Reason #1, being older and wiser means knowing what you want, how you want it, and not being afraid to say so. Before practicing Reason #5, I strongly suggest going back over Reason #3…twice. No, make that three times. At least.

Just make sure you’re not the only one speaking up. Learn a lesson from my mistake.

6. Realizing you don’t have to go it alone 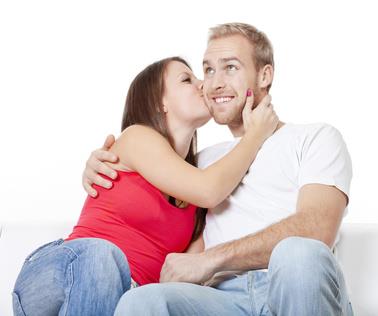 By this time in life, you’ve probably been beaten down a time or two. The cool thing about marriage is that it’s like belonging to a really tiny gang. You stick up for each other, cover each others’ backs, and cheer each other on when things get rough. Finally it’s not “me” against the world, but “us” holding hands and skipping into the sunset (even with a bad hip or two depending on how old you are when you start the skipping).

There is a huge relief in knowing that there is another person in your corner ready to help with the load of life and by the time we’re older, we’re too tired to hold up those interpersonal barriers. Age and wear makes us all a little more polished around the edges.

Or so I hope. I’m still in a rock tumbler right now…