In this house, we all share a dry sense of humor.

Just the other day, Son #1 was snickering at his phone (aka gateway to the internet). “Mother.” He cracks me up when he calls me Mother. It comes out a little sing-song and completely mocking. The curse of my parents came true, I did end up having a kid just like me.

Sing-song again. “Mother, I think you’ll enjoy this article on The Onion.”

Without even reading the news piece, I cast my mind back to the days before my kids were (somewhat) self-sufficient teens.  One question loomed large after reading the article above: How did this woman find 30 free minutes in her week?  Obviously she is some sort of organizational genius. 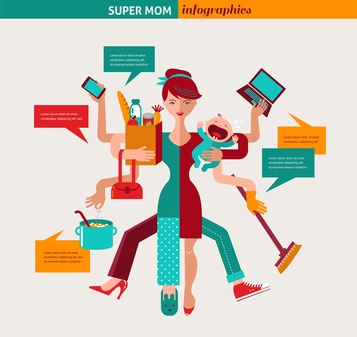 Long gone are the days when I would attempt an escape to the bathroom for a few stolen moments of privacy.  Even “doing my business” was a covert activity. Many times the sound of tiny toddler fists pounding on the bathroom door followed by cries of “Mommommommommom” would interrupt my 60 seconds of alone time. Then there was the eating. Since the birth of Son #1, I don’t think I’ve had a cold drink that wasn’t warm and a hot meal that wasn’t cold when it came time to put the food in my mouth.  The clinking of silverware on china was like a wake-up buzzer for my kids.

At least that’s how it feels, until you enter the teen years.

Once your beautiful spaghetti smeared child hits puberty the death grip he held on your leg releases and he glances back (maybe) while proclaiming “I’m outta here.” Like a teeter totter, the once overly clingy kid becomes a hint of a whisper of a ghost who occasionally shows up to be fed and bum a ride to soccer practice. All that before earning a driver’s license (when that presence of hint of a whisper of a ghost becomes rarer than a Sasquatch sighting). 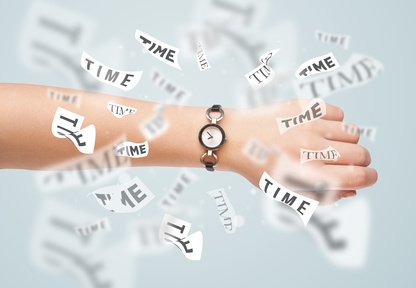 I’m surprised no one has latched onto this frazzled time-starved single parent market yet.  Maybe it’s because single parents don’t have enough disposable income to fund a dating site built on the premise of spare moments. Or maybe it’s because getting together with a relative stranger for 5 minutes, 10 minutes, maybe 15 minutes would be too much like some illicit activity. Perhaps I’ll start my own service of offering a female hug to single dads who just want a quick embrace and an admiring word or two. Is that considered a “quickie”? I’m going to call them “huggies” (I’m sure the diaper people would love that). Then again, maybe I don’t have the time for this business venture. I still have a couple of kids at home.

Could it be this offspring  neediness inequality is set up purposely by Nature? Maybe, as we become parents, that black hole of a baby/toddler/youngster is meant to take and take and take from us so that we can fill them with the loving idea that a parent will always be there for them.  And if we give and give and give, all future abandonment issues are magically prevented.

Finally that blissful time will arrive, when they are teens/college students/young adults, we can selfishly reclaim all of our deferred spare time to indulge in the things we put off doing for a decade or two.

At least until the grandchildren start to arrive… then I’ll have to start locking the bathroom door again.

But as the saying goes, the great thing about grandchildren is that you get to give them back at the end of the day.