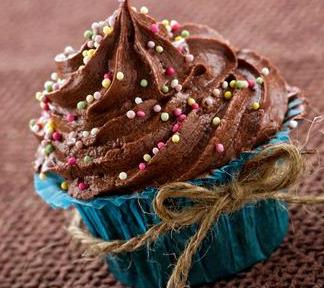 Divorce is supposed to result in the severing of a man and wife’s relationship. Most of us come to accept divorce as a necessary evil once the marriage relationship becomes so dysfunctional that both husband and wife are miserable and no longer able to live together. For many, divorce offers the hope of re-establishing sanity, peace, and possibly happiness in one’s life again. Perhaps, the means could justify the end if stability is restored and conflict allowed to recede?

Many of us divorce veterans discover that we are not able to enjoy the highly anticipated calm after the storm because we live in the prison of nonsense created by the “have your cake and eat it too” mentality of an ex.
Is your post-divorce peace on eternal hold because an ex can’t just move on or recognize the new boundaries?

This is the kind of ex who leaves the other spouse, initiates the divorce, or may be largely responsible for the marriage ending, but they still want the fringe benefits of marriage. The cake-eater seems to want the single life and to be free from the marriage, but they refuse to move on in every way, and hold their ex hostage from moving on in the process! Here are five ways that might confirm you have a cake-eater in your life:

1. Are you still the go-to problem-solver? Your relationship is over and you’re supposed to be moving on to establish lives, separate from each other…then the phone rings and your ex is asking for gas money, help to pay an electric bill, a ride, to borrow your sweeper, or help to fix their air conditioner. Wait a second! Do you, as an ex, still have a responsibility to bail your former partner out of every bad situation now that you’re no longer together? Sure, as a couple, helping one another out of jams goes with the territory; but, don’t we surrender the “get out of jail free” card when we divorce?

A friend of mine who is stuck in this particular trap gets these frequent pleas for help. His ex left him and is typically pretty nasty to him; but, whenever something goes awry in her life, she goes running back to him with her hand out or her pouty bottom lip stuck out. If he refuses to help her, she attempts to guilt him with jabs like “but, it’s for the kids!”

Never mind that she always has money to eat out, go on vacation, or maintain multiple gym memberships. What we have here, folks, is a failure to prioritize correctly or to build appropriate supports. The “it’s for the kids” line worked on him the first several dozen times because he’s a great guy and a caring dad. Eventually he realized that he was just enabling her bad habits and allowing her to use him. Boundaries, my friends!

2. Are you still the buddy of convenience? Hopefully most married people consider their spouse to be their best friend. A desirable marriage includes plenty of talking and sharing, going places together, laughter, and leaning on one another for support. One obvious side effect of divorce is that the friendship component usually crumbles away as the marriage fails, and all of the benefits of friendship are no longer available.

If you’re tied to a cake-eater, your ex may still think of you as their favorite coffee and chit chat buddy, the one to talk to about their crappy day at work, or to celebrate life’s little triumphs with. Some people contend that they are still great friends with their ex. For whatever reasons their romantic love wasn’t built to last or they can’t manage to live together anymore; but, they still count on each other for friendship and support. For the rest of us with more “typical” divorces, the idea of hanging out with our exes sounds as desirable as downing a drain cleaner milkshake!

So, if you would rather not be around your ex any more than necessary, how awkward is it to have your former ex pull a Jekyll and Hyde transformation whenever they need companionship? It seems pretty transparent to bounce between the “can’t stand you” and “hey, let’s do lunch!” attitudes, and probably another strong sign that your ex is still highly dependent on you to provide an emotional crutch and fill a friend void in their life that was vacated by you in the divorce.

Which is it? Can you be friends and actually enjoy each other’s company post-divorce, or are you being used because there’s no one better to talk to? Is your ex, perhaps, suffering from missing you and the old days and some guilt about how things went down, but also some typical divorce frustration and anger?

3. Is your ex still trying to play “family” when it suits them? This cake-eating trait is a little tricky because who doesn’t want to do what’s best for the kids? One thing about divorce is that it creates plenty of guilt in parents because we fear the damage that has been caused in our children and want them to grow up well-adjusted and happy.

A friend of mine’s ex has often extended guilt-laden invitations to share children’s’ birthdays, spend Christmas, or picnic together on the 4th of July. The strings are pulled tighter when the kids have been informed of the intended invitation so that they lay their pleas for compliance on top of the ex’s overture (instead of the adults discussing the matter before involving the children).

Perhaps sandwiches and fireworks wouldn’t kill anyone, except that this former couple usually can’t spend more than five minutes together without arguing. Aside from my pal’s fears that a joint holiday would result in a more explosive display on the lawn rather than in the sky, she questions “why now?”

When the two were married, her ex was too busy for family fun and left them to pursue freedom as a single. Perhaps it is a guilty conscious at work; but, it smacks of playing both sides of the fence: party all night single status one day, then “let’s play family” when it suits him.

These three questions may give you reason to wonder if your ex is completely over you or just turning to you out of convenience and habit because they are still figuring out the post-divorce landscape? One thing’s for sure; you’re either divorced or you’re not. You can’t be “done” with someone one day, then expect them to unclog your sink or hang out for family movie night the next.

Some definition of boundaries and expectations may be in order so that kids aren’t left to wonder if there’s hope of mom and dad getting back together and your phone’s not being burned up every time your ex is lonely. You have a right to move on in peace as well as saying “no” if you need to. Hopefully what you’re experiencing is some growing pains; but, the longer you let it continue, the harder it will be to end the cake binge.