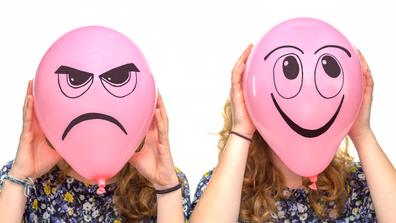 We’ve all met them. The divorced man or woman who oozes hatred for the opposite sex, is mistrusting, negative, and essentially acts as though the life was sucked out of them. This person is the first to warn everyone else against getting married, never ceases to tell tales of the horrible deeds done to them by their ex, and seems to have no purpose in life other than bitterness.

No doubt, any of us who have survived a divorce are keenly aware that it’s one of the most stressful and emotional experiences imaginable. Yet, somehow, many of us run the gauntlet of martial destruction and still manage to emerge from the ruins with our sanity and optimism intact. Sadly, numerous divorce veterans never fully recover.

How is it that divorce manages to further victimize some of our brethren by hardening them, while others experience a sense of rebirth and hope?  What are the secrets of the resilient divorce survivors that prevents them from succumbing to anger and bitterness, allowing them to find meaning and growth from a terrible situation?

These are five keys to my ability to thrive and not allow divorce to make me bitter.

Not one minute more! I cycled through all of the stages of grief one would suffer after a divorce. I was in shock, I was crushed and dejected, mournful and angry. Then the thought occurred to me, and I was quite suddenly washed with a sense of peace that allowed me to stop my grieving.

I concluded that my ex had already claimed ten years of my life (three dating and seven married). We were too young. We had no idea what we were doing and certainly had no right getting married. Things that he said to me as our union dismantled made me realize that I had already given a decade of my life to him, and he didn’t value any of it. I felt as though I had thrown away a significant part of my life for nothing, and I would not let him have one more day. I would not give him another day of my life to pine for him, mourn my loss, or beg him to try.

I claimed my life for myself.  I was all I had left, and I wouldn’t let him rob me of any more tears, energy, time, or love. I found strength and perspective in this notion.

Forgiveness. I am a firm believer that all of us are guilty of transgressions, big or small, that accumulate over time to marital decay. Some actions create bigger cracks in the foundation; but, no spouse is perfect. Divorce is like a smack in the face of guilt and shame. It feels like a terrible failure, and it’s hard not to harbor negative emotions toward ourselves or our exes.

These sad, angry, confused, and broken feelings from divorce can be crippling and all-consuming. It’s not at all abnormal to be ruled by these emotions in the early phases of divorce, but it’s no way to live long term. It’s critical to cut yourself free of these lead weights!

Forgiving your ex doesn’t mean that you have to condone or accept their actions. It doesn’t mean you have to like your ex or even forget what they’ve done or the lessons learned from the relationship. It simply means that you refuse to let those feelings be in control of you anymore.

Forgiving yourself is a gift of grace that acknowledges you have made mistakes, and a decision to not let those mistakes define you and your future. We’re all human. We all make mistakes. As disappointing as it is to make mistakes (or divorce), every mistake is a learning experience and an opportunity to grow and improve as a person. The potential benefits of re-invention and personal development far outweigh the punishment of self-condemnation.

Humor. Laughter, at yourself or finding humor in the world around, is a powerful way to lift gloomy spirits. Find people to laugh with, purposely expose yourself to comedy (e.g. funny movies and stories), and push yourself to look for the funny in situations. The bottom line is that you can’t let situations hold you down and get the best of you. Sometimes you may need to laugh at things that are less than comical, but even a messed up sense of humor can provide a necessary life preserver.

Focus on priorities. For me, even if my marriage wasn’t intact, my children needed an intact mother. Many days I felt like collapsing in self-pity as I was overwhelmed by the changes in my life; but, I had to swallow hard and find a way to smile and give them reassurance that everything would be okay. Sometimes I had to fake it, but they had to believe the illusion.

My kids became my reason to survive. If I was busy thinking about their needs and being the best mom I could be, I wasn’t as occupied worrying about what my ex was up to or my fears for the future. My kids were my future, so I dedicated myself to ensuring their health and happiness.

Priorities are different for everyone. Maybe career, a business, going back to school, or something else is important to you, will keep your mind off of your troubles, and help you invest in your future. Whatever matters most to you, find it and put it to work for you!

Channel negative energy. Of course, your divorce will offer you plenty of reasons to feel down on life. It’s natural to experience these emotions. Your reaction to the emotions is what either makes them healthy or detrimental. For example, if you’re angry, the impulse might be to punch a hole in a wall; however, the damage to both wall and hand will quickly make you regret that choice.

Instead, exercise, music, writing, talking to a friend, and numerous other choices are a better reaction to violent or destructive behavior.

Feel the full range of emotions and allow yourself to process them all. Don’t allow them to overtake you in such a way that they derail your healing progress or change you into a hard or bitter person.

Divorce is a transformative process. One goes from part of a couple to a single and is forced to reevaluate everything. You can either wallow in the negativity and let that become your identity, or cast all of that aside in favor of finding your happy again! No need to become a bitter person because of divorce!