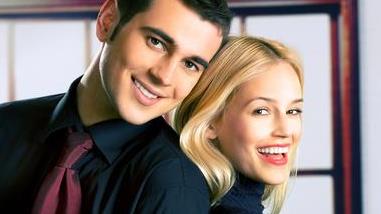 Co-parenting is the next frontier for parents who now have to share parenting time under two separate roofs. If you thought your troubles with your former partner would be over once you divorced, think again, because matters are about to become potentially much more heated and complicated! The good news is that co-parenting can be done well! It takes time to find your groove, patience, and a willingness from both parties to cooperate and put the kids first; but, it can happen!

Most divorces end with plenty of friction (hey, if you got along perfectly you’d probably still be together- right?), so it’s reasonable to state that not every co-parenting arrangement is civil, and some will never get to that point. This is unfortunate because an amicable co-parenting relationship translates into a more peaceful and stable environment for the children involved. Some people crave drama too much to get along well with others, and some people simply cannot let the past stay in the past.

If you have a combative drama-seeking ex, hang on for what could be a bumpy and frustrating ride! Even if your co-parenting adventure starts out rocky, don’t give up hope because, with some time and effort, it can improve and be manageable.

1. Always put the kids first. It’s not about your feelings for your ex, “winning”, or what necessarily works best for you. If you keep what’s best for the kids to the forefront, then you won’t get caught up in petty disagreements, competitiveness, or other behaviors that create a negative environment for the kids.

No one said this is easy. It’s not. It’s actually easier to respond to things your ex does in the spirit of revenge, jealousy, and anger because of your history. It requires maturity and a clear focus on maintaining sanity and peace to remove turmoil from the equation. Once you do, things become more peaceful, the kids can be more at ease, and the dust in your life will settle.

2. No need to have a short fuse. Your ex will irritate you. Is it worth it to have a screaming match over every last disagreement? Most likely not. For one thing, you will probably have a heart attack if you allow your stress levels to get that out of control on a regular basis. Some things will be worth a serious exchange, but it’s not necessary to go from zero to restraining order with every conversation!

Your kids may not say much, but they see and hear much more of what transpires between you and their other parent that you think! Is that the example you want to set? Would you rather they see you as a wise, mature, rational person or a hot-headed, erratic, cussing machine?

4. Two wrongs don’t make a right. Your ex won’t always be on their best behavior and, regrettably, neither will you. Try to take the higher road. If your ex blows up, doesn’t keep their promises, or in other ways makes a donkey of themselves, that doesn’t mean you have to follow suit. If someone is to be the recurrent problem, then let it be your ex.

True, playing the sanity card and being a reasonable person can make exchanges with your ex feel like a one-sided tennis match. They keep lobbing insults and stupidity at you and you just let them bounce all around you. One of two things will happen: it will get better or remain about the same, so what do you have to lose?

If your ex has a shred of decency within them, the fact that you haven’t been a lunatic at every opportunity since the divorce will actually pay dividends when they decide that peace might be easier than keeping up the eternal campaign of hate.

I know this to be true from my divorce. We argued a lot in the beginning. I think we were both guilty of some alienating behavior because we were hurt and angry (hello, it was a divorce!) and pretty much every interaction resulted in an argument (or at least muttering and swearing under my breath after we parted ways). I literally hated him.

What changed? I think we both tired of living as enemies, and we could both see that both of us loved the kids dearly, we both did right by the kids, and we wanted to act in such a way as to make their lives calmer and healthier. His efforts went a long way toward healing and letting water pass under the bridge, and his actions toward me tell me that he came to the same conclusions about me.

5. Be willing to give and take. There will be times you need a favor, and your ex will also need your flexibility now and then. It’s only logical that if you refuse to bend a little or be accommodating to reasonable requests that you can probably expect the same in return. It won’t kill you to offer a trade or think outside the box. Most likely, the request being made is somehow in the best interest of your kids, so unless it’s a constant issue, try to be agreeable.

Recently my ex’s father bought tickets to a football game that my daughter really wanted to attend, only he messed up and bought them for a game on my weekend. If I had solid plans for that day, it might’ve been a problem; but, it was pretty simple for me to look on the calendar and identify another date over his time when I really wanted some extra time with them. I could’ve been a jerk and denied him just to punish him, but I knew she would have fun and it would all work out in the end.

6. Leave the past in the past. Obviously, your relationship with your ex is not the best, but that was your marriage. Your kids deserve two functional parents, and it is not productive to drag feelings from the past into issues of today. Let it go!

7. Set boundaries. No one expects you to be friends. I still don’t consider my ex a friend, but I respect his role in my and my children’s lives. We conduct 90% of our communication through text because that allows us to keep things business-like and maintain a record of what is said. That’s what works for us, figure out where you need to draw the boundary lines.

8. Keep your word. Stick to the court orders, even the inconvenient ones, and fulfill your obligations. The more you let your kids down or fail to come through the more reason your ex will have to be upset with you. You can do a lot to manage conflict by avoiding it in the first place!