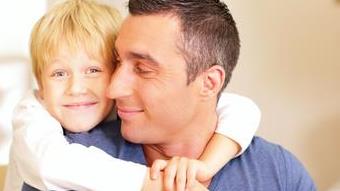 A big high five to all the dads out there who love their kids, are dedicated and determined to be in their children’s lives, and who want to be the best parent possible!

Chances are that most dads will share custody and be a huge part of raising their kids. This advice comes from a place of love because my husband is a terrific father and step dad to my kids. I also respect the efforts of my ex with our children, and I can point to many examples of amazing dads who deserve respect for all they do.

I’m being honest in saying that some dads need a friendly bit of advice to get started in the solo parenting game. Let’s face it, while married, both a mother and father were involved in the care of children, and each partner brought their own set of skills to the table.

These are my heartfelt suggestions for divorced parenting dads to prepare for parenting as a divorced dad:

Get involved. It’s hard to generalize because each family is so different. This is not the 1950’s, so I can’t assume that your ex-wife stayed at home doing most of the household and parenting tasks while you worked outside of the home, most people assume that the dads are less involved with many aspects of child-rearing because of work and other issues.

This may not be the case for you, but if you were not formally the dad who made it to parent-teacher conferences, soccer games, doctor’s appointments, and so on, now is the time! Not only do your kids need to know that you are an active member of their team, but you need to know names of teachers and doctors, and how your child is functioning in all areas. Make sure that your contact information is provided for all of their activities so that you are always in the loop.

Learn how to do stuff. Okay, cooking wasn’t your thing or you have no idea what to do to your daughter’s hair? There’s a world of books, magazines, and videos on the internet where you can learn to compensate for your weaker areas. Nobody aces all areas, but your children shouldn’t have to eat from the freezer section for all meals or look like orphans because you aren’t accustomed to doing certain things.

No one says you have to whip up a gourmet meal three times daily, so maybe treat the kids to something homemade every Saturday night. Better yet, have the fun preparing something together! Maybe you are already a cooking pro but you have another weakness? It’s okay! You can figure this out!

Ask for help. If you are not accustomed to certain things, are entering a brand new phase of parenting, or need help learning to do new things, ask friends, families, or other parents for help. I work with a couple of single dads who have no problem asking the moms of the office for advice about areas out of their comfort zone. Most women find it endearing when a loving dad is trying to his best and would be happy to give a hand!

My husband was raising three sons and a daughter by himself when we first met, and one of the first things he asked me was for help with his daughter’s clothes and hair because he was afraid he was treating her too much like “one of the boys.” Build a team of divorce warriors and teammates who can supplement what you know.

Don’t become a “guy stereotype.” When many imagine a single man’s home, we automatically think of dirty socks laying around, dorm room furnishings, a swimsuit model poster, and a 6-pack of beer in the fridge. No need to spend a ton of money on decorating or lose your identity as a guy by having everything “girly”. At least keep your place clean and appropriate for children. Keep some healthy snacks around, a variety of toys and books, and do your best to make it comfortable and homey.

Your home is also their home and they should feel like they belong while in your care. Part of the “guy stereotype” is also in how you care for the kids. Numerous Hollywood portrayals of single dads depict them serving kids candy for breakfast and dressing them in the same sweats day-after-day because the laundry’s backed up for weeks. You’re smarter and better than that, so don’t prove those ditzy dad generalizations to be true!

Don’t pass them off all the time! You went to court and fought the hard fight to get custody, so now when you have them, don’t pass them off on other people all the time! Work conflicts and some other issues are understandable. If you have a difficult work schedule, hopefully you can make your parenting schedule around it; otherwise, when it’s your time with the kids, they need to be with you before any other friend, relative, or babysitter. If you’re going to let grandma raise them over your time, then you might as well send them back over to their mom so that at least the kids are being raised by a parent.

Show respect to their mother. You can’t help it if your ex is always causing conflict and difficult to be around. You are responsible for your actions, not hers. Your children are watching how you interact with the world because your actions will teach them how to resolve conflict, how to parent, and how to treat a woman. Remember that your children are made from equal parts of both you and their mother, so if you bad mouth her, you are essentially attacking your children. Conduct yourself as a gentleman. If anyone is going to be rude, disrespectful, or lacking in commitment as a parent, don’t let it be you!

Communicate. Understandably, the last thing you want to have to do is talk to your ex. The problem is that you will have to work together for at least the rest of their childhood. No one says you have to be buddies, but be open and willing to discuss the schedule, brainstorm together through problems, and let your ex know about important new steps and milestones. She misses them as much as you do when they’re away from her, and would probably appreciate knowing that your son aced his test or daughter lost a tooth. That small token of sharing experiences will make it more likely that she will extend the same courtesy to you.

Don’t let your kids down. If you promise you’re going to do something, do it. If your child is asking you to do something with or for them, try to find a way to make it happen. For daughters especially, you are her first experience with a man, and you are setting the bar for how she should expect to be treated and what she will look for in a partner. That doesn’t mean you have to spoil them rotten, but just because dressing up for the Father Daughter dance isn’t your idea of a good time, don’t break her heart because you’d rather not wear a tie!