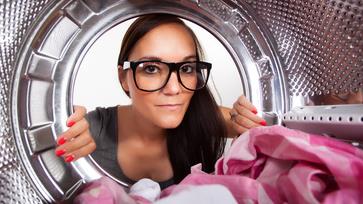 For as long as I have talked to divorced people about their co-parenting situations, I have heard frustrated complaints about the “Clothes Wars!” If you have shared custody of a child, you probably know what I’m referring to, and there’s a good chance you have your own tale to add to the collection. Who knew that socks or a child’s shirt could cause so much strife?

The Clothes Wars, as I have witnessed and experienced them, include any one (or more) of the following infractions:

A child being returned with no shirt and only one shoe; so, essentially, half of an outfit was lost to the black hole, and a decent pair of shoes were separated. What’s the kid supposed to do now with one shoe, and what the heck happened to the rest of his clothes?

Children would be dressed in decent outfits for school, then returned in crap that was at least two sizes too small and ready to be donated to a thrift store. After several occurrences of this scenario, it was determined that our clothes were being used to create a new wardrobe at the other parent’s home, and we were receiving all of the castoffs.

Brand new shoes that were, admittedly, a funky color that the child picked out herself were thrown away by her grandparent because she did not personally care for them- never mind that she wasn’t the one who purchased them and the child liked them!

Brand new shoes were, within two weeks of purchase, “eaten” by the other parent’s dog, so he was returned in November weather in his older (by 5 years) brother’s shoes that were ridiculously too big. This occurred late evening on a school night, so his other parent just expected him to be sent to school in clown-like shoes or for us to go out and buy new ones before the next day. No apologies, just a problem dumped in my lap to solve!

Children returned multiple times in wintertime without their coats.

So, after numerous instances of wanting to pull out hair after losing nice items, these are some of the many strategies we’ve adopted in our household:

1. Every article of clothing is labeled with an initial to indicate which parent’s house it came from. I don’t worry about labeling the other parents’, I just make sure there is a clearly visible initial in permanent ink inside each garment that belongs to our home. I don’t worry about underwear and socks, but you bet all jeans, shirts, coats, and others are branded!

2. Whatever a child wears to our home is what he or she will wear when they return to their other parent. Period. I’m sorry if mom sent a child who wears a size 16 in size 12 jeans that won’t even zip up. The days of filling someone else’s closet with clothes I worked hard to buy are over! If a child complains that they don’t like a particular item or the way it fits, they are encouraged to tell the other parent that it’s time to retire that piece because it is not our item and we do not have the authority to dispose of it.

3. When we have quick turnaround from when a child comes to us and when they will return to the other parent, we do keep extra clothing to fill the need. Any extra clothing of other parents that have accumulated at my house are kept in a special basket, and the night before they go back we assemble an outfit for each child from what we have that belong to that parent.

I won’t lie, sometimes the stuff is not my cup of tea, but their other parent thought the garments acceptable. It’s not my place to sort through things based on how appealing or well-fitting I think they are because I didn’t buy them or select them. I tell myself I’m playing devil’s advocate and not disposing of crap because it’s their property; but, I suspect the kids are purposely sent in crap in hopes of getting something better in return.

4. We lay partial responsibility on the children to remember needed items. The youngest is ten. We feel that all of them are mature enough to recognize that shoes are needed to attend school (or to leave the house), or when it’s snowing a coat is necessary. Yes, in a perfect world an adult parent would make sure that kids always had their schoolbag, sport’s equipment, shoes, and coats; but, in our world there is no guarantee of that! So, we emphasize to the kids over-and-over that they need to be sure to grab these items because we won’t necessarily drive 40 minutes to retrieve something they left behind, nor can we expect their other parent to.

Additionally, we remind the kids that if they want shoes, musical instruments, coats, and other items to remain in serviceable condition, they can’t leave them laying out on the front porch or where a pet will chew them up! I would like to think that an adult would make them hang up their coats or feel a sense of responsibility when their animal destroys something; but, it’s better to be safe than sorry!

Yes, we have heard the argument that the clothes are the children’s, so they should go where the kids go. If I had any reason to believe we could expect comparable clothes for the ones we send, I would be willing to play that game. As it is, I know I can expect the kids in our home to come to us resembling street urchins whether we send them in nice clothes or the clothes they came to us in.

Apparently there is a closet somewhere holding down one of the corners of the Bermuda Triangle, and anything nice I have ever bought and allowed to enter that home is sucked into the great unknown, never to be seen again!

Most of the kids are very compliant and understanding that an outfit is their other parent’s, and that is what they will go back in. They will always return clean and in equal condition to how we received them. My step daughter does not care for the arrangement and thinks that it’s stupid that she has to wear her mom’s clothes. I wish that these extra steps weren’t necessary, but after years of being part of the Clothes War, we have found that these strategies keep us from losing everything we provide for the kids and help to make sure the kids have what they need, when they need it.

I think it’s an important step for the children to recognize that we will treat their other parent’s belongings with care and make sure that their property returns. This has helped the kids to correctly focus their suggestions about the clothing to the appropriate parent. I will wash clothing that she has marked “mom”, but I’m not going to address criticism for how dorky or small each item is. I will do my part to work hard to earn decent clothing for them to wear, but I feel that I also have the right to protect them.

FAQs About Clothes Of Children Of Divorce:

Do children lose clothes visiting the other parent?

Don’t be surprised if your children keep losing their clothes after visiting the other parent. It’s common for children to leave a pair of shoes, shirt or jeans at one parent’s house between visits.

How to keep children from losing clothes between visits?

Mark with a permanent marker all clothes to indicate which parents house it came from—if you want children not to lose clothes between visits. Keep extra pairs of sox and underwear if you find keeping track of it frustrating. And do not go through the trouble of marking the clothes the other parent bought.

What to do with children’s clothes the other parent bought?

Keep them separate from clothes your children wear when with you—preferably in a basket. Use them as a pair for each child when they go back even if you don’t like them. The other parent considered the garment worth wearing, let them deal with it.

Should children be responsible for taking care of their stuff?

You should tell children that they need to be responsible for their stuff; they should remember what needs.to be carried along between visits. In a perfect world, a parent will make sure children have their school bags, shoes, clothes and other things at hand at all times.