Do I call it a chip on his or her shoulder? A lousy attitude? An unforgiving nature when it comes to divorcing parents? Should I refer to it as the divorce grudge… that will not budge?

I’ve seen it more than once. The adult child of divorce, no longer a child, who is unable to forgive parents for ever splitting up. And more than likely, that ill will is directed at one parent more than the other. Maybe it shows up as a surly manner – even in a 28-year-old. Maybe it’s a chilly emotional distance, or a blatant “freeze-out” that occurs sporadically or over long periods of time.

Maybe the adult child of divorce was once the recipient of parental alienation (brainwashing or truth?), and while it took place many years earlier, the negative effects are difficult to dispel.

From the Adult Child’s Viewpoint

Shall we look first to this “child” who is still harboring mixed or negative feelings?

At a young age, we are indelibly influenced by the models of behavior we see around us. We may take on good and “bad” behaviors as a result, or we may recognize that something is out of whack and consequently, we lean the other way. We choose to comport ourselves differently.

We also internalize troubling verbal messages – either tinged with residual anger and judgment, or outright hurtful and damaging. We “believe” the parent who may be responding to legitimate grievances. The result can be an altered view – possibly forever – of the other parent he or she is speaking about.

I’m not in a position to say whether this is right or wrong. Personally, I feel it’s a matter of degree and circumstance. But we have many sources on the subject of parental alienation – some of which I find reasonable, and others that strike me as extreme. 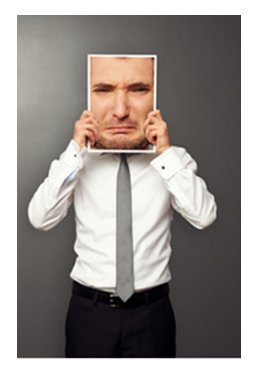 We don’t forget hurts we observe or experience as children – our own, or those of siblings and another parent. We also don’t forget if we feel as though both parents put self-interest far above our sense of safety and security.

From the Divorced Parent’s Viewpoint

If you’re the divorced parent and your adult child is still holding a grudge (or even acting out), it feels dreadful.

It’s painful to be on the receiving end, painful to be unable to “explain” one’s side of the story, and also – painful to be the person who is the friend, the lover, or the mate of the adult parent suffering from the grudge.

I have occasionally dated men with adult children who are still emotionally proximate to their feelings following their parents’ divorce – even if the divorce took place many years earlier.

In one example I recall, the adult child was very close to the mother, parental alienation (against the father) had taken place, and while the father constantly reached out to strengthen the relationship, his 27-year-old remained standoffish. I saw his hurt up close and the ways he tried to tenderly address the past. He couldn’t get through.

I heard his side of the “story” in depth and of course, I never heard the other side, and I’m not in a position to judge.

I overheard cutting remarks the 27-year-old would make in his presence, and every so often, I saw the tiniest indication of both love and hurt. I can only guess that “truth” dwells somewhere in the middle of each player’s version of history. Yet for all the times this divorced father tried to build bridges, his adult child resisted.

I Am an Adult Child of Divorce

As I think back on my own parents’ divorce, I’m certain my mother hoped I would be mad at my father on her behalf. I was in my twenties when my parents split, and my mother had been bad-mouthing my dad for years.

I hoped she would be happier after divorce (naive on my part), but while he moved on – very quickly – she was perpetually pissed off at yours truly for not despising him. Go figure!

Listen. I’m not proposing that we simply forgive and forget what one of our parents may have done to the other. And I certainly understand better now that I have been through marriage, divorce, and years of tumultuous aftermath myself – yet my mother’s situation was never as fraught with financial insecurity or worry for her children as mine.

Why wouldn’t I attempt to see both sides – and love both parents?

As for those grumpy, grouchy, pouting, persnickety non-children who refuse to see their parents as fallible, flawed, and forgivable for non-egregious “wrongs,” I wish they would open their minds, at least a little bit. After all, who isn’t capable of mistakes in judgment?

Also in my own experience, I have seen where a new relationship (a new partner) may help ease an “alienated” adult child’s distance. This needs to be handled delicately of course, and again, is a matter of individual circumstances. But bit by bit, strides can be made.

Will time heal the wounded adult child of divorce, at least in part?

I suppose we can hope – time and life experience, along with open communication. But if one side continues to poison the pot, we may be hard-pressed to make progress, and that’s a shame for all involved. FAQs About Adult Kids Of Divorce:

Children’s behavior is influenced largely by the words and actions of those around them. Children learn from their parents first, and will likely pick up their behaviors.

Do arguments between parents influence children?

Arguments between parents do influence children and shape up their opinion about them. Children will internalize verbal messages, especially the ones filled with anger, judgment and hurtful words. They think the parent, who may be responding to legitimate grievances, is right about the other parent. The result can be an altered view of the parent being talked about.

Children are not likely to forget hurtful behavior. They will also keep in their minds occasions when they feel their parents are putting their own interest above their safety and security.

Do children continue to hold grudges against their parents?

Children may not continue to hold grudges against their parents if they correct their course and stop being hurtful.