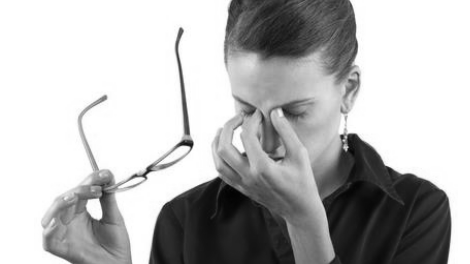 We don’t talk much about this sort of co-parenting – where one custodial parent winds up with the entire responsibility for raising children, or very nearly.

Can we manage to understand the challenges in these variable scenarios – without causing strain among the individuals involved?

By that I mean:

While the “choice mom” is defined as one who plans for and carries out a pregnancy on her own, or for that matter, adopts a child on her own, it’s a reasonable assumption that she has prepared for what is involved – financially and logistically.

Will she be surprised by the realities of motherhood as time goes on?

The woman who finds herself dealing with an unplanned pregnancy faces many of the same challenges of the divorced solo mom – money and logistics among them.

But I’d like to contrast the latter two types of parents – the mother who co-parents with an ex (with or without friction), and the mother who finds herself doing it all on her own – though an ex may continue to stir the pot.

What is a Solo or Semi-Solo Divorced Parent?

Maybe you have a shared custody arrangement, but your ex only shows up some of the time. He cancels routinely and disappoints your children.

Maybe he’s late or disrespectful when it comes to your schedule, interrupting your work, causing you to scramble for sitters and contingency plans, and possibly putting your job at risk. Again, this can be confusing and disappointing to children.

Maybe your ex put on a good show for the family court system, offering assurances of being present in the children’s lives and thus reducing support payments – after all, he could estimate the costs he would incur with all the time he’d have them under his roof, taken them on vacation, incur expenses while they were in his care – but then when the dust settles, reality is very different.

Even in emergencies, you find you’re on your own. What’s written on that piece of paper you both signed is of little importance, or so it seems. As the saying goes: There’s no legislating morality.

Maybe logistics are at play. One parent must move for work, and what might have been every other weekend visitation or even shared custody becomes one weekend every other month. There is no one at fault here – we live in difficult economic times.

Is this right? Is this fair? How does this affect the parent holding the bag, and more importantly, how do the children respond to this increasing absence of the other parent – especially when there’s no specific reason you can point to that make sense to you – or the children?

How do we teach our children about fairness – when every day they live the proof that life is unfair?

For the parent who is there, who is unconditionally loving, who is present and on the receiving end of the child’s anger, confusion, and hurt – we become the vessel that must be strong enough to hold their tears… and their fears.

If your children love the other parent – and hopefully they do – we who are always here need to watch our tongues while not telling lies – we don’t wish to engage in parental alienation, but we see the pain our children are in when they don’t understand why they can’t see the absent parent.

We, those moms left holding the bag, may get the worst behaviors from our children – their acting out should be directed at the other parent, but they feel safe expressing their (displaced) anger with the parent who will be there for them.

Hanging On When You’re Worn Out

I once did the math. I was the full-time parent to my kids 95% of the time over the course of a decade. Their father had relocated for a big job as the marriage was disintegrating, and after divorce, he remarried and settled into a brand new chapter.

I had no fallback resources. I lived with constant fears of my own, largely tied to lack of money and how much longer I could possibly “provide.” To say that I was exhausted all the time is an understatement.

I had long since lost my pre-divorce friendships and network. I didn’t have a regular job but rather, as an independent, was constantly looking for additional opportunities while juggling whatever projects I had – and parenting.

I was also an older mom, adding to the demographic challenges in the career and dating arenas, not to mention, adding to my fatigue.

How to Help Other Divorced Moms – Whatever Their Status

My purpose in describing the solo divorced mom – or in my case, the 95% semi-solo divorced mom, is not to paint a “woe is me” picture. On the contrary. I am extraordinarily fortunate. My kids are healthy, bright, and down-to-earth. I won’t say they never gave me problems – must I really fess up to the amount of gray hair? – but I was dealt a fine hand in the offspring department.

But we need to recognize that parenting is always challenging. Two adults have a hard time! And surely the widow has her hands full with painful waters to navigate for herself and her family.

As for co-parenting, let’s agree that it doesn’t come in a single flavor. More likely – we’re dealing with those 31 flavors of ice cream that some of us remember from childhood. They range from a co-operative and pleasant 50-50 split to a long, drawn-out, and nasty aftermath in which mind games, legal skirmishes, and interference become our New Reality.

Then there are the emotional, financial, and professional ripple effects that may impact employment, health and well-being, and therefore, our children.

How to help? Try “never assume.” Never assume you know what you think you know, based solely on appearances. Never assume that another divorced mom – another mom of any marital status – wouldn’t appreciate a break, a kind word, a friend, or an assist.

Let’s not judge, let’s not compete, let’s be honest. Let’s form the sort of village-like community that supports our kids, and maintains a safe haven for all of us. We’re doing the best we can. We’re doing it for our families.