It isn’t the first time I’ve heard of this situation – a couple in the process of divorcing, still living under the same roof. In fact, for a short period of time, my ex and I were doing just that. But color me apoplectic!

Live with my estranged spouse under the same roof?

I must have been crazy to think it was possible – though at the time, I still thought we would somehow work things out. So did everyone else I knew, and they reassured me it would All Be Alright. 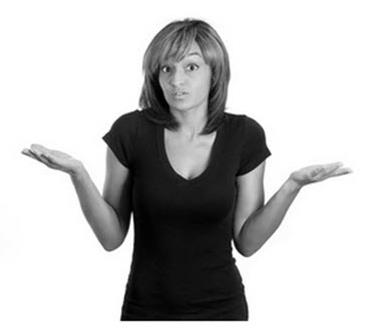 We may have been under the same roof (when he was in town), but he took advantage at every turn. He treated me like crap. It got very nasty, very fast. And it confused our children.

To make matters worse, we resided in fairly close quarters. Even with him in the guest room for about two months, the common areas were shared and were, let’s just say… uncommonly problematic.

It was lousy. The only thing it wasn’t lousy for was hubby’s bank account, though mine was already draining away between legal expenses and his refusal to contribute to the household.

Score one for idiotic idealism, and anything but divorcing politely. He was a “my way or the highway” sort of guy, but though he wanted the divorce and I didn’t, it took some doing to get him out of the house!

I dated a man some years back who lived with his estranged ex-wife in their family home for a considerable period of time – not only during their separation, but also after their divorce. I was dumfounded. They successfully managed this feat for more than a year for the sake of the child – or rather, the teenager.

He was hers by a first marriage, but the kid adored his step-dad. And the soon-to-be-ex family unit cohabited – politely – until the 17-year old graduated from high school and moved away with his mom.

Now I will add that the house was big – plenty of room for privacy, and relatively little need to bump into each other. Yet they also continued to enjoy many of their meals as a “family,” though I can’t begin to imagine what it was like for the two adults on the occasions they found themselves at home alone together.

I always wondered what it must have been like for the child – knowing his mother’s marriage was over, knowing when he went on to college that would likely be end of his relationship with the only father figure he had known for the past 5 years. I also couldn’t imagine what it must have been like knowing that both of the adults had put their feelings aside to civilly coexist for his benefit.

I knew of another couple that did something similar for several years – yes years – again for the benefit of the children who were teenagers, and also as a matter of financial survival. I got the impression they weren’t crazy about the situation, but it appeared – at least to friends – that they were navigating their course acceptably, and doing the best under the circumstances.

The hubby was dating this entire time, from what I was understood. I wondered about her. I wondered what they really felt. I wondered how the children were processing the compartmentalization taking place – and how it would affect them in the long run.

A positive model? A baffling model? As adolescents, did they care, as long as their world wasn’t unduly rocked?

And I find myself curious if others have given this a go.

Hey… We all have our ideas of what makes for an ideal living situation. Over the years, we change, our needs change, our situations change. I know what works for me now is very different from what worked for me once. Nevertheless, I marvel at those who weather the separation and divorce process under the same roof, whatever their rationale.

Recently I heard another tale of a similar arrangement. An acquaintance, some 15 years married, mentioned in passing that she was now divorced. You could have blown me over with a sigh. Not only was I deeply saddened, but I was stunned. I had heard her stories off and on for years, and nothing ever seemed amiss. Naturally, that goes to show that we never know what goes on behind closed doors.

I am painfully aware that neighbors, friends, and family were shocked when they heard yours truly was going through a divorce.

More stunning to me – apparently they are still living together and have been throughout their separation. I didn’t pursue on a personal level; I asked her how she and the children were doing. The response: It was a long time coming and it wasn’t a surprise. We’re still adjusting, but we’re really okay.

Then it occurred to me. She and her ex-husband exemplify “Divorce With Integrity.” Whatever the reasons their marriage ended, whatever the reasons they chose to stay together for a significant period of time – the demeanor and words of my acquaintance demonstrate that two adults can do right by each other, and can do what’s best for their children even when the marriage is ending.