My mother was a bitter woman. Bitter is a term I don’t use lightly, but it’s applicable in her case. She was bitter during her marriage and even more so, following divorce.

But I wouldn’t label her as bitt 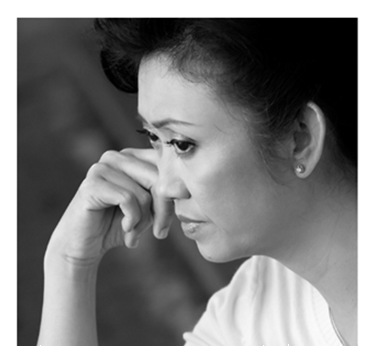 er without context or qualification.

Bitterness should be described with situational clarity. Most of us are bitter over something – at some point in time – or at the very least, we’re angry and resentful, which is part of the definition of bitterness.

After divorce, we may feel we’ve been dealt a bad hand despite “right” on our side, and the extent to which that state of affairs persists may be a matter of circumstances, attitude, and I would also add – luck.

Compassion for an Uncooperative Ex?

I have always prided myself on my compassion and empathy, though perhaps I should say that I view myself as both an empathetic person and a compassionate one.

I empathize with those who are going through struggles, as do most of us who have experienced any sort of difficulties, enabling us to feel and act on compassion.

But what about the ex-spouse – with whom we once joined our hopes, our dreams, our fortunes, our bodies, and our families? With whom we created family?

Depending upon the nature of the break that occurs, are we capable of compassion for an ex, especially if he seems to be dismissive, hurtful, or hurtful to our children?

Taking the “Evil” Out of the Evil Ex

I am as guilty as the next person of using terminology like “the evil ex,” though I’m not particularly pleased with myself when I do. I would be more accurate (albeit euphemistic) in referring to my post-divorce situation as an extended period of dealing with a challenging adversary.

When talking about former spouses who share children, nasty interactions that take place for years are a sorry state of affairs no matter what you call them, when adults ought to be civilly co-parenting instead.

Despite my tumultuous history with my ex, I try to remember that he is the father of my children and the man I once believed in sufficiently to marry. That I chose to look the other way over fundamental differences before we married is my responsibility; like most of us, I didn’t know how to divorce-proof my marriage by paying attention to shared values, character, and other critical elements of compatibility for the long haul.

Getting Outside Our Own Perspectives

I am also able to separate my ex’s behavior toward me from that toward his friends, and to some degree, our sons. My view of his parenting is different from whatever view my children have – they don’t possess the perspective of my years, the experience of parenthood, and they love their father – so this is only natural.

Not long ago, I saw the movie “Before Midnight,” the third in the series with Julie Delpy and Ethan Hawke. These are independent films tracing an American man and a French woman who meet by chance in the 1990s, form a connection, and eventually reunite some 10 years later.

Unfortunately, when they reunite, the character of Jessie is married, though unhappily. He leaves a wife and young child behind in the US to relocate in Europe and settle with the woman he has always loved.

This engaging reunion occurs in the second of the series. But it’s in the third, “Before Midnight,” when we encounter them eight years (and two children) later – as Jessie sees off his now 14-year old son who spent a summer in Europe with the couple and their children. To my surprise, I thought of my ex-husband.

Picking Up the Pieces During High Conflict – After Divorce

While I was not left for another woman – what ended my marriage was nothing so clear-cut – my ex quickly re-established a thriving next chapter some 900 miles away, surrounded by friends, with a new relationship and in a job he loved.

I won’t say that he never missed a beat, but comparatively speaking, that sums it up nicely. His life continued in an upward arc whereas mine was left in a shambles – and the worst was to come over a number of years as I struggled through fights over money, a demolished career, friends who made themselves scarce, family that deserted “to the enemy camp,” and children who desperately needed help putting the pieces back together again.

Some of what occurred was circumstantial; much was set in motion – and perpetuated – by high conflict aftermath of divorce.

While my sons saw their dad for a weekend every four to six weeks – the first several years after his departure were a blur of worries and behavioral issues, especially when the boys returned home after time in his care.

Still, I was relieved that they were raised by me: I live by old school ethics, I refuse to play mind games, and I believe that straightforward communication is the only way for the world to remain a solid, navigable place. Eventually we got through the acting out that occurred when they would change households and rules of “engagement.” But I have always felt conflicted that they didn’t grow up in the sort of family I’d hoped for them.

Despite a long and contentious set of dealings with my ex, as many as five or six years after divorce, I still run across these words in my journal: “He has missed so much.”

Whatever I believe about his motives, would I ever say that my ex doesn’t love his children?

We May Never Know the Truth of our Stories

There is only movable, multi-dimensional truth.

This is, in part, what struck me as I watched “Before Midnight.” And while the ex-wife who raises Jessie’s son is portrayed as a less than ideal mother, there’s no question that he is the man who left them behind in order to pursue a life with another woman.

Was this fictional character “right” to do so?

Perhaps we shouldn’t be looking in terms that are black and white. No one wants to spend their lifetime in a relationship that is damaging, degrading, or unloving. And likewise, in my opinion, no one in their right mind would intentionally hurt their child.