When is the last time you took a week off? You know. A vacation. That thing that some people do — resting, renewing, rejuvenating.

What… No week off? Okay. How about five days? What about three? Had a weekend entirely to yourself lately — or even an evening with your best friend?

It seems to me that women are often reluctant to give themselves a break and specifically, women who are mothers.

In fact, with the exception of lucky married moms with parents or in-laws who live in town (or are willing to come and care for the kiddos), I’ve rarely if ever seen a mom take a vacation.

And when it comes to single mothers? Solo mothers? Those most fried and frustrated by parenting who are in desperate need of time off?

There, too, I have watched mothers habitually put themselves at the bottom of their own lists. And yes, I’m guilty of doing exactly that myself.

Traveling on business was tough enough when I was married. I cut way back on business trips once I had kids, and I learned to pack light — and carry worry dolls!

When it comes to vacation, in my experience, married mothers feel as if they can only take a break with their husbands. Even so, they may struggle with conflict over leaving the kids, and the childcare arrangements can be complicated — not to mention, expensive.

As for single and solo mothers, the complexity of childcare may be even greater than for a married couple. The reality of the custody, visitation, logistical and financial arrangements may make the practicalities of a vacation highly problematic.

And then there’s the matter of post-divorce insecurities on the part of the children… and perception issues when a single mom actually does give herself a much needed break.

When I was the married mother of two children, working a full-time traditional job, my husband routinely took mini-vacations appended to business trips. At the time, I saw no problem. There was never an issue on the employer side; he always stayed with friends, and could grab a weekend of play at no additional expense to the boss.

He also took “guy weekends” once or twice each year — three or four days of golf and tennis, typically out-of-state.

But here’s the thing. I accepted that the father of my children gave himself play time. That included guy weekends and friend visits and even occasionally, something more significant overseas, when he was able to stay with family.

The dilemma? Lack of reciprocity. Though he would say “You can do it, too,” for all practical purposes, it was utterly impossible. (He traveled regularly, wouldn’t alter his schedule, and childcare expenses were typically “mine” and not “ours.”)

Who Holds You Back? You!

As I see it now, I have only myself to blame for the precedents that were set in my marriage. I may have dreamed of a week at a beachfront resort — who doesn’t want a hammock and a Mai-Tai? — but I would’ve felt guilty leaving my kids, and childcare would’ve been prohibitive even when I was married. Once I was a solo mother, money became the deciding factor in nearly everything. Who has $40 for a sitter to go on a date – much less to hang with a few friends for girls night out? Who has an extra $300 or $400 for that same sitter, so you can take three days away?

Another factor: Worrying about our children. Right or wrong, I did plenty of fretting any time I even thought of going away, and this remained the case until my kids became teenagers.

Unfortunately, my constraints – perhaps like yours – were greater once I was divorced. My kids were with me nearly all the time, I had no family to assist, and we lived in the red for years. On those rare occasions when I didn’t have my boys, generally I needed to continue to work, or I didn’t have the bucks for anything but a stay-cation.

That said, a Stay-Cation can be pretty good!

Remarkably, I was able to combine a few professional opportunities with a small bit of travel. Not often, mind you, but every few years. That was largely thanks to one wonderful friend and neighbor, who had her hands full with her own children and job, but was willing to watch over mine all the same.

May I also say: I love traveling solo. Always have, always will. Do NOT be afraid to travel on your own!

Time Off Is Healing

Even if only three or four days every two or three years.

Over the course of ten years, there were two occasions when I was able to take a real vacation (France!), and on a surprisingly tiny budget. Both of those occasions, in particular, remain a source of glorious memories. (And yes, overseas friends help.)

What I come to realize is this. For the first 16 years I was parenting, I didn’t feel as if taking a break was acceptable. (How ridiculous is that?) While I took a week’s vacation once a year throughout my single working life, I altered this pattern immediately when I married and had children. And finances, worries over the kids, and logistics reinforced the same practice after divorce. 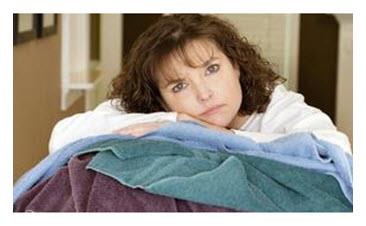 I knew I needed time off, but I felt so wholly responsible for my boys, like many solo parents, that I felt I couldn’t take any chances… with me. The possibility that something would happen and I wouldn’t be present for them growing up — a feeling shared by many married moms I know — kept me going virtually nowhere!

At least, like I said, until they were teens.

Every Parent Needs a Break – Married or Not

Let’s be honest. Kids are hard on marriage. Kids are even harder when you’re raising them solo. But this isn’t a competition of married moms versus single moms. Nor is it about gender. Adults need a break from parenting – regardless of age, stage, gender or marital status.

So ask yourself: “When is the last time I had a vacation?”

If the answer is: “I don’t remember,” then I recommend you start considering some creative options. If, instead, the answer is “I don’t have time” or “I don’t have the money,” again I suggest you consider friends, family and neighbors who might happily lend a hand, and options that can be exceptionally easy on the budget.

Even if that means you’re home alone with a book, a soak, and no laundry — trust me. It can be just as healing as going away. The point is to cut yourself a break, to think of yourself, and to know that a more rested (and revitalized) you will be a far better parent.