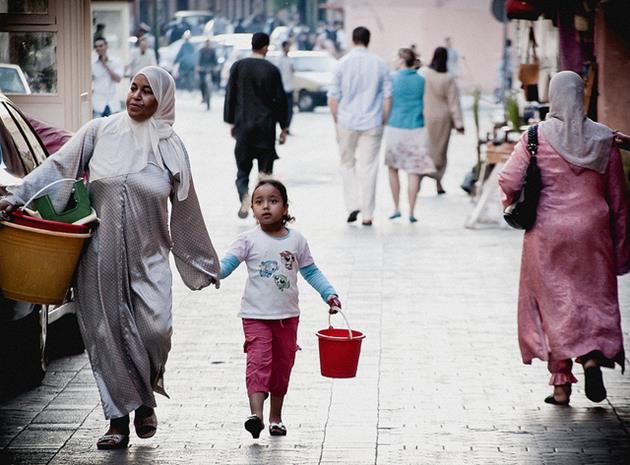 I’ve been meaning to write a piece on this topic for some time. The subject angers me every time I think about it because it speaks volumes about the way in which we have lied to ourselves about what “equal rights” for women means.

We seem to think it’s about making women equal to men in a male-centered world.

Don’t get me wrong. I am for equal opportunities and pay, and the idea that women still earn less than men in every state of our nation is utterly pathetic.

At the same time, I don’t equate human value with earning power. To me, there is nothing deficient or shameful about opting out of what used to be called “the professional sphere.” I do not find stay-at-home moms “entitled” or foolhardy or unrealistic. I think they play an important role not only in their family’s lives but also in society as a whole. In fact, if there were more housewives, we might find employers raising salaries and offering benefits to the remaining members of the workforce.

I’ll definitely get some flack for saying this, but my bias is against two-income families. I think they are eroding the quality of life in this country and negatively affecting our children on a number of levels.

I’m not a Christian conservative, however. I’m a liberal and a feminist. So I’m not saying that women need to be the ones who stay at home. House husbands: You are awesome.

I’m saying that when you get married, and you have children, you and your spouse ought to sit down together and decide who is going to stay home and raise these human beings you made. The decision should be based on a combination of desire, temperament, and a careful cost benefit analysis of the future earnings and growth potential of each of your careers.

And it shouldn’t stop there.

Couples should also draft a prenuptial agreement that protects the stay-at-home parent from the economic fallout of divorce.

Among other things, this document should grant the stay-at-home parent primary custody of the children, give him or her the option of remaining in the family home, and make sure that he or she can maintain their current style of life.

Because the reality is, stay-at-home parents — the custodians of our next generation — are the most heavily punished by divorce. I’ll be talking more about this in a subsequent article, in which I attack the flawed logic behind no-fault divorce laws.

For the time being, I just want to point out that couples have the ability to determine how they want a post-divorce future to look, and they don’t have to wait until they hate each other. Knowing how high the divorce rate is in advance, they can decide how they want to plan for that eventuality — in the heat of compassion.

But I Want to Work

Fine, you say, but I don’t want to stay at home. I’m one of those people who finds fulfillment in a job. So even though I don’t have the same earning potential as my spouse, I want to be out there in the world.

I hear this a lot. All the time, in fact. And maybe because I was out of the workforce for so long and have some self-esteem issues, it sounds like a proclamation of superiority to me. I know it isn’t, but that’s how it sounds.

My response to this objection is to ask why you need a salary to be fulfilled. Why isn’t doing what you do well reward enough?

After all, you could be spending time each week doing some of the following:

There is no reason to stop working just because you aren’t in the workforce. Working only the hours that are convenient for your family, you can take pride in putting your skills to use in making the world a better place.

But We Need Two Incomes to Survive

You might. I’m not here to argue with anyone who is struggling to make ends meet on two incomes. We all know that wages have not kept pace with inflation and that everyone is not a high wage earner in this economy.

On the other hand, maybe you can swing it. There are hundreds of examples of couples who have decided to downsize so that they can afford to live on one income, either as the result of economic necessity or a lifestyle choice. This article gives some great advice for those interested in exploring that possibility.

What I’m really suggesting here is we stop making stay-at-home mothers the fall gals for a whole host of social and economic issues that have nothing to do with them. Almost every week, on this website and others, I read articles enjoining women to be friends with their exes, for instance — as though parental conflict were the only thing that hurts kids.

It isn’t. Not enough money hurts kids. The stressed emotional state of their primary caregiver hurts kids. Our society tells women how to behave for the sake of our kids, on the one hand, while on the other hand creating laws that put us in no position to care for our children properly.

And instead of asking what the hell that is all about, working women and stay-at-home moms are busy duking it out in the Mommy Wars.

A lot was made of the 2013 Pew Research Report claiming that breadwinner moms were at the helm of 40 percent of family households. What the research shows is not so positive for working moms, though. Single mothers head almost two-thirds of those households. Their median income? Just $23,000 a year.

Wouldn’t it be great if all a stay-at-home mom had to do in the wake of a high-conflict divorce was take care of her kids, tend her own emotional state, and ease her way back into the workforce?

Wouldn’t that be better for her kids?