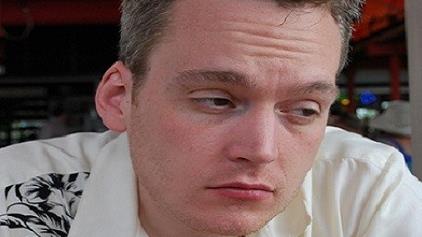 Eric left Janine after fifteen yeas of marriage. It was a complete surprise to her, and she was devastated for a good 18 months. Eventually, however, she moved on. Now, Eric comes into her life two nights a week and every other weekend as a result of the joint custody agreement they have. This is the simplest interpretation of their interaction together. Janine sees it from a more complicated lens – but what exactly does she see?

Eric walks in the door, and he does not like what he sees. Janine’s new husband Mark is playing hide and seek with the kids. Everyone is smiling, and the kids are a little late getting ready to go with Eric. Meanwhile, Janine is watching Eric watch the situation. She can see that he is not happy with how things are going. At one point, Eric begins yelling at the kids to “hurry up.” He had gotten there at 6:00 for a 6:00 pick-up, and it was 6:20 before they got their “butts in gear.” Janine knew better though. Eric’s anger was not about how long the kids were taking. It was really about the marriage and family that he left behind. You see, Eric commonly lashed out for what would be considered minor things to anyone else. As well, Eric consistently judged Mark for being a goofy, fake guy, even though Mark was constantly polite and respectful towards him. But as Janine knew, Eric was still alone and was struggling with the decision he made to leave Janine and the kids.

Alan consistently tells Charlene that she looks “really great” and has “lost a lot of weight.” Darren flirts with Alice more often than not, even hinting to her that they should “do it again, for old times sake.” These are interesting developments from Alice and Charlene’s perspective, specifically since Alan and Darren both initiated the divorce. Charlene knows that she weighed more than she wanted to, but Alan’s belittling of her weight problem during their marriage was uncalled for. Now, he is suddenly complimentary of her. But where was it coming from? It is likely a source of regret.

Spousal and child support agreements can very often be contentious. Once two people agree, or the courts decide the terms, things can be very mechanical moving forward. Howard owes and pays Anne $400 a month in spousal support in addition to the $650 a month for child support until their children are 18. He pays it like clockwork, some internal resentment over the bite his bank account takes. He is not happy about the arrangement, finds it unfair even. This puts a slight strain on their relationship. But what if Howard gave more than he owed? What if he constantly bought things for Anne’s house, their old house? Tom consistently picks up groceries for Debra. He calls her a lot to see how she is doing and offers to watch her house or mow her lawn if and when she needs it. Random bursts of kindness from an ex can very often be attributed to a feeling of regret.

Terrell will have nothing to do with his friends ragging his wife (Kara) after their divorce. When they were married, Terrell would bad mouth Kara to his friends, but those days are over. In fact, he almost got fisticuffs with Marcus for calling Kara a conniving bitch. Confusion is abound. Anthony is talking to his mother about his financial struggles, and she asks whether his ex-wife Loretta is pulling her weight to pay for the mortgage on the house that they have yet to sell. Anthony comes to Loretta’s defense in a volatile way, this despite the fact that his mother did not raise her voice, nor said anything negative about Loretta. She was just asking a question. It can very often be the case that people get defensive about others talking about their ex when they have regret for leaving their ex.

What are some other signs of regret after divorce that you have seen?