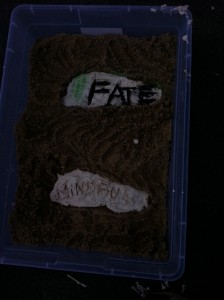 One summer when I was a teenager, I sat on the living room couch reading a book, irritated by the cheers of my parents, who were downstairs in the basement, where the TV was, watching the Olympics.

My parents told me the Olympics brought the country together, made us all proud to be Americans. But I didn’t feel proud, or American. I just felt like an alienated teenager. If goth had been around back then, I would have been goth. Maybe not. My fashion sense was a little too highfalutin’. Also, I sunbaked myself over tin foil, a youthful indiscretion I now regret. But, still, I was tormented and fractured, too broody for patriotism.

When I was with Prince, I had occasion to go to the Olympics. Twice. And I will admit there were moments of excitement: masses of people packed into the city; the pulse in the air, punctuated by bursts of every language imaginable. And, yes, watching Mohammad Ali light the bowl, his arm trembling, as the crowd roared and tears were shed, that was pretty cool.

But a week of hoopla and frenzied rushing from event to event and looking longingly at museums I wouldn’t get to visit and wilting in the blazing heat and having people scream in my ear 24/7 — that wore thin, and made me want to engross myself in a crossword puzzle to buffer myself from the incessant hollering.

So I did just that. I carried a crossword puzzle in my purse and took it out during the High Dive, and gymnastics, and basketball, much to the chagrined amusement of my then-husband and in-laws.

“Quick! Who are you betting on for the high bars/high dive/long jump?” a Machiavelli would shout into my ear.

“Bulgaria,” I’d mutter, my eyes glued to the puzzle, although I had no idea if Bulgaria was a true contender, or contending at all, for that matter.

I found the female gymnasts particularly unsettling. Those truncated figures, compressed and bulging-muscled as if by a full-body version of Chinese foot binding. The wrapped ankles, ponytails, Toddlers-in-Tiaras style make-up. The Iron Curtain coaches hovering, whispering Iron Curtain things pre-event, glowering or offering a stingy smile depending on the pixie’s score.

Watching these girls fling themselves through the air, while we all held our breath to see if they would “stick it” without blowing out a knee, or breaking a neck, made me sad. What of the gymnettes who were weeded out? The ones who would never end up on the Wheaties box? What did they do at 17, their glory days behind them?

During one Opening Ceremonies, a couple and their passel of raven-haired children filed into the row of seats in front of us. It was Bruce Jenner and Kris Kardashian, along with several kiddie Kardashians. This was before we all Kept up with them and Kris was known primarily for being attorney Robert Kardashian’s ex and Bruce was known for being Bruce Jenner, instead of his wife’s sidekick. Yet even then Kris, and the Kids, exuded that Look-at-me! quality that has all but eclipsed Bruce.

The procession of the competitors, each group in national garb, marching behind their country’s flag, was moving. Especially the tiny countries with only three or four athletes. These were the countries that tugged at my heart, the little-known, impoverished lands that had produced freakishly gifted athletes whose talents brought civic pride, and hopefully some money, into the community.

But the rest of the Opening Ceremonies — the dancers and acrobats and light displays and million-dollar floats and shimmering things that floated through the air — made me feel vaguely uneasy as I tried to imagine the cost of producing such an epic extravaganza.

The night of this year’s Opening Ceremonies, I read a tweet from another blogger who reflected on the staggering cost of that spectacle in the context of our global recession. How much money had America funneled into the Olympics, I wondered? Money that would be better spent providing universal access to healthcare so Americans don’t have to die because they can’t afford medical treatment? Or creating jobs so everyone can have a decent quality of life?

While the Olympics is a great diversion from our economic woes, and while it is flooding money temporarily into London, I have found myself ruminating on that blogger’s question: how could money spent on the Olympics help the world in more meaningful and tangible ways?

Attending the Olympics is an experience enjoyed by the upper-class. The cost of being there — plane fare, lodging, food, ticket prices — is staggering and afforded only by privileged people.

When I mull over this reality, and the irony that money is always found when it’s “needed,” I wonder why we’re not funding causes that truly need funding. Why are we letting people lose homes, forfeit medical treatment, crumble under the albatross of student loans, move in with family because, after all that education, they still can’t find jobs?

And so, in this era of economic injustice caused in large part by the haves exploiting the have-nots, I find that I’m just not that into the Olympics.