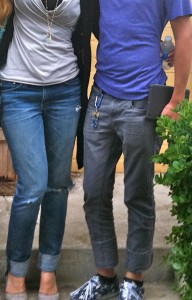 My son wants to modify custody and come live with me. His dad has given him two weeks to be perfect or be sent to boot camp. Both of us visited attorneys. For Part I, read here.

Luca’s attorney felt that the case wasn’t strong enough. There was no physical abuse, Prince was a control freak but not necessarily overtly abusive, and Luca had a history of residential treatment which might lead the judge to support Prince’s decision to send him away again.

Nathan told me he believed the judge would not allow Luca to live with me because I only have a two-bedroom. And if the judge felt the conflict between Luca and his dad was untenable, DCFS might get involved and ferry Luca off to foster care.

“I don’t care,” Luca insisted. “I’d rather live in foster care than live with him.”

I tried to explain to him that foster care was like the devil he didn’t know, and that once lost in the system, living with Prince might seem like a better option. But he would have none of that. He’s sixteen and knows everything. Plus his prefrontal cortex hasn’t finished doing whatever it needs to do so his impulse control leaves a lot to be desired.

“I can’t stay with him, Mom. He makes my life a living hell.”

He showed me a PDF file containing text messages between him and his dad. Luca’s infractions included leaving the house at 7:08 instead of 7:03, getting an unacceptable score on his math test, and staying in the shower too long. And when Prince wasn’t chiding him for an offense, he was micromanaging every second of Luca’s life. When Luca protested, in a reasonable way, he was met with THREATS IN ALL CAPS AND MULTIPLE EXLAMATION MARKS TO FOLLOW EVERY SINGLE DIRECTION RESPECTFULLY OR ELSE!!! Luca was, according to Prince, A DISGRACE TO THE MACHIAVELLI FAMILY NAME!!

Now. I know what it’s like to be on the receiving end of that narcissistic rage, to wince, and resist the urge to gag before reading a text or an e-mail. But I’m a grown-up with my own place and a job and a prescription for Klonopin. A 16-year-old boy living under the same roof with a psychological terrorist, however, is an apocalypse waiting to happen.

So I booked an hour with my lawyer to get her advice. She did not agree with Luca’s attorney — as if two attorneys ever agree on anything — and thought a judge would let Luca stay with me even without his own bedroom before sending him to a foster home. Plus, Prince has given his VIP stamp of approval to my living situation via OFW e-mails in which he suggests that the kids and I even move into a one- bedroom, thus reducing the need for pesky child support.

But here’s the rub: per our custody order, Prince has sole discretion to enroll Luca in any school or residential program as long as he gives me ten days’ notice. The only way for me to protect Luca from being sent away for failing to provide his father with sufficient narcissistic supply is to go to court to modify custody.

“You’ve either not forced issues with Prince, or settled without going to court,” said my attorney. “But with certain things you have to take a stand.”

And my son is one of those things.

We discussed how I could afford a trial. She would hook me up with an affordable attorney for the ex parte. If it turned into a full-blown custody battle I’d ask for Prince to pay my fees. I told her about gofundme, a site that some cash-strapped divorced mothers are using to finance their litigation. The idea of asking for donations feels just this side of sleazy, but I can stomach some sleaze for the sake of my son.

So tonight I shot Prince an OFW. I told him I objected to him sending Luca to residential because it was not appropriate. I told him that if he attempted to disenroll Luca from his current school and plop him into a boot camp, I would ask for a change in custody.

My seat belt is fastened. It’s going to be one bumpy ride.