requested an opportunity to write today.

Apparently he has something to say.

(My comments are in italics) As Cuckoo Momma  has pointed out I am a very happy divorced man.

Judging from the number of blogs and websites offering divorce support, there are lots of people who aren’t.  I imagine there are a million reasons for this and a million painful heart wrenching stories that are horrible and real.   I’m not going to tell you I lived any one of those because I didn’t.

My marriage was the horror show, not the divorce.

At some point each of us made the decision to seek a divorce (or that decision was made for us).  I know for my sake, I came to the end of this long painful road and realized that to go forward and be happy I had to make some very radical life changes.  We all did this in one way or another.  I like to think I made the right choice and being comfortable with that, I don’t want to keep looking back. To me this is self evident. So why are so many of us hung up on the divorce?   (I’m sure he’s talking about me here.) 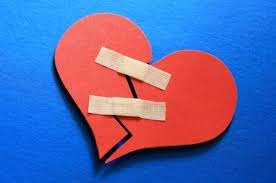 Why the endless dissection & scrutiny like picking some scab over & over again?   I can’t imagine any of this is very healthy & certainly the scars will be much worse in the long run. (Interesting thought.. is it making it worse or is it an avoidant tactic of dealing with your emotions?)

Clearly, he’s ready for me to quit whining.

Now CM would say (wisely I might add) that we all need to grieve it in our own way & in our own time.  (Yes, I would. He knows me well.)

But why aren’t we also talking more about happiness after divorce?

“ Hot FUCKING Damn, I’m not married to THAT asshole” post.

The decision to get divorced was to end something that had gone bad & to find something BETTER!  I’d hate to believe that anyone has chosen to go through such a painful process and failed to hold on to some glimmer of hope that at the end of the line there really issomething worthwhile & fulfilling and (dare we even say it) joyful.

A Wondermist in action, people. 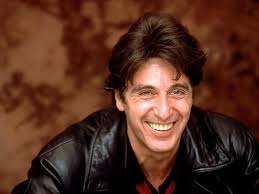 I know it’s complicated and it’s hard.  Kids, money, in laws, house…   the list is endless.  I don’t want to marginalize that.  But it seems to me that if we can’t find ways to move on & look forward instead of backwards well then…..

Should have stayed married.

Thank you my lovah.

We are going to see if he is still this joyful after he spends the weekend at the lake with my kids, my parents and as of last night, my brother his wife and their 3 kids, oh and as of tonight, my other brother, his wife and their little yappy dog.   I’m ready to kill myself at the thought.