Much of the literature on children and divorce states that the adjustment to new partners is hardest on older kids. Older as in older teens and even young adults…  This, in my experience is true.

I do understand why older kids and young adults have a harder time with their parents remarrying.  They have more memories of their parent’s together and being happy together.  For instance, Merlot, now 10, has few memories of Stanley and I holding hands and being lovey dovey in front of her.  My older kids have a few more but still not that many.  By the time my oldest was 10, Stanley and I barely touched.  So, they don’t really see me as replacing their dad for a partner or lover.  I see photos of other couples remarrying with their young adult children present and they often don’t look too happy either.

I can do the reactions of  our individual kids in photos.

My 13 year old daughter is very enamored with relationships and OTP (one true pairing?) and ‘shipping’ people (relationshipping?  Like 2 people you would like to be together?) and when she sees Al and I kiss, she often says, “awwwww.  Sweet.” 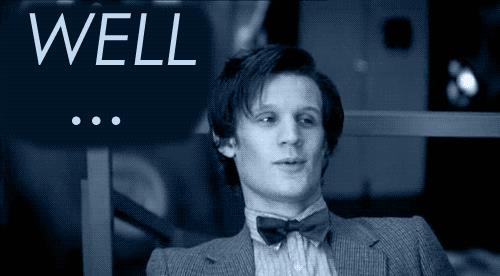 His 20 year old. Like, “This doesn’t really affect me much, whatever, Man.”

and then there is the adult daughter at 23. Actually, this was her in January when she met me and told me off to where a fly couldn’t light on my ass. Al and I think this is progress.

More than anything other aspect of the wedding, I was nervous about her coming.  She did not actually come to the wedding, she flew in the night of the wedding and was here for a few days and for the reception a few days later.  I spent very little actual time with her (I think to everybody’s relief) and she didn’t really make eye contact.  But, she was civil.  I was as nervous as a whore in church to be honest, afraid that she would blast me in front of my kids and guests.  But she didn’t.  She was totally pleasant with everyone else and just kind of skirted around me.  She went to lunch one day with Al and the kids and the kids all reported she was pleasant to them.  Merlot puked that afternoon (too much food apparently) and the daughter, an RN, took great care of her, helped her wash her hair, etc.  I was grateful and did thank her.  She nodded and smiled without actually making eye contact but I was grateful.

She is beautiful and very, very smart.

At the end of the reception, Al brought her over because apparently she told him she wanted to speak to me. She said, “Congratulations and I’m very happy for you both.”  I said, “Thank you for coming, you look so beautiful and we are so happy you are here.”

No direct eye contact was made, but there was a slight meeting from the side eye.

We then resumed our dance of near avoidance for the next few days.  It was all good.  All good until the time came to say goodbye.   I hugged his youngest daughter and she told me she loved me.  So nice.

Then I said to older daughter’s retreating back, “Goodbye, thanks so much for coming!”

Al whispered, “She didn’t hear you.”

So, I followed her out and said louder, “Goodbye, thanks for coming!”

I get it, I get it.  She just had to let me know that she wasn’t over it.  I was not surprised really but I was disappointed.  At least she did manage to keep her shit together until the end.  Al told her he was disappointed that she behaved that way at the end but they are good and she calls often.  We made a road trip last weekend to clean out his apartment (1000 miles each way, aargh) and she did tell him I was ‘welcome to come’ to dinner with them and to see her new apartment, but I needed to do paperwork and decided to crash at the hotel so he could have some time with his kids alone.

So, we are getting there.   At least she seems to be building a tolerance to me.