My kids are thriving.

But what I really want to do is tell the that is my cohort in this joint venture

to bend over and grab his ankles. Yesterday I was too mad to blog about Stanley.  I ranted about him for hours yesterday to anyone that would listen and just to myself via internal monologue.  I called him every shade of asshole (pale pink to darkest hairy brown) in the shower, in the car, driving between facilities, etc.   I started with his slovenly ways and total disregard for my feelings or our paperwork about housework and ended by telling my mother, who came over worried about my mental health, that he was too lazy to move his tongue when he put it in my mouth.  I told my mother that it ‘lay in there like a dead thing’ starting the day after our wedding.

“I need some Advil and a football.”

(Football is code for a Xanax.  Just a little one, you will hardly know you’ve taken it.)

I came in this house at 10 p.m. on Tuesday night after being gone 48 hours and it was a dump. I don’t even know how he managed it.   I washed dishes from 10 – 10:30, then started again from 6 a.m. – 6:30, then finished from 8:45 – 9:15.  There was sticky brown sugar ‘mud’ on the counter tops.  New girlfriend had given the little girls some craft kits of “How to make Windowboxes” and there was 2 of these (with assorted discarded directions and packaging) and actual dirt all over the kitchen table.  NO ONE but someone without kids would give such a gift.  Like the present Merlot received 10,000 Things to Do with 10,000 Beads  for her birthday from a childless neighbor.  Garbage, wrappings, everywhere.  I had to sweep and vacuum to cut a path through the family room.  My living room (my previous calm room that no one used but me prior to him booting the kids out of the office) was covered with food and drinks and garbage from food and drinks.  There were dirty socks on the floor in several rooms.

Literally everywhere I looked I was assaulted.

And Wilbur is out of here until Sunday.

I just kept saying to Mom, “this is why I’m divorced.”  Her, “Because he is a pig, honey?” Me, “No, because he doesn’t care enough about me to put himself out in any way.”  I admitted to Al a while ago and finally to mom yesterday, that things were fine before we got married in bed, he tried and all, and I distinctly remember me sitting in our first house, in my honeymoon lingerie, at the computer, googling (or the 1998 equivalent, Yahoo?) “Premature Ejaculation.”

Inappropriate clothing to research such a topic. 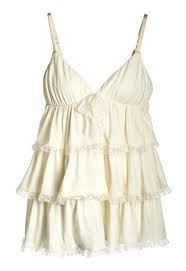 I got pregnant a few months after we got married and this was before then, so I’m thinking within weeks of making it legal, he absolutely quit trying with me in the bedroom.  25 seconds and he would mutter, “sorry” roll over and go to sleep.  I remember crying in the bathroom.  Somehow one of those times took and I ended up pregnant and had morning sickness so bad I didn’t want him near me.  I think if we hadn’t had kids right away we wouldn’t have stayed married more than a few years.

What the hell made him think that was okay?

If he had done that before we got married I NEVER would have married him.  I was 32 years-old, I already had a concept of bad lovers; there had been conversations about various sweet men who were notorious bad lovers over brunch with girlfriends for years.  He fooled me.  And it made me even more angry and hurt to know that he could do better and didn’t care enough to.

Nothing has changed.  Last year, a friend told me that by birdnesting I wasn’t getting any of the ‘perks of divorce.’  Well, hallefuckinglujah, she is sure as hell right.  Because I still have to deal with him in the house and he still doesn’t care enough about my feelings to put himself out at all.  I’ve read that couples generally have the same fight over and over.  Well, it is the same damn fight.

My kids are good.

Jumping Bean will have a terrible time rotating houses.

But damn, I am sick of Wilbur. and I’ve been putting up with his shit because he has had me over a barrel.

I was trying to calm down before addressing it with him

but I’m still not calm.

Any advice for what to say would be appreciated.