I know I’ve been MIA for a few days,

but my lovah has been in town

and it has been wildish. 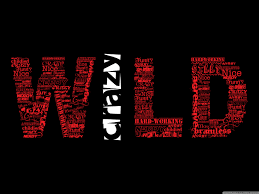 Some up and some down.

I haven’t seen my lovah in a month so to say I was hard up for some of his attention, of every kind, is an understatement.  I was worn out with mothering duties.  He got in at 9:15 on Saturday morning, bless his heart, he took the earliest flight he could get.  We had breakfast and held hands and kissed a lot.  We didn’t see anyone for 24 hours.  It was awesome and very much required.  Then, I came on with the kids at 11:00 a.m. on Sunday, Mother’s Day. 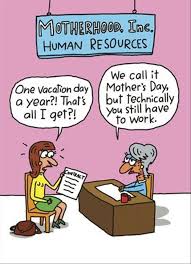 Now, personally, I think mothers should all be off on mother’s day but people who make child custody arrangements seem to think that mothers should be with their kids on that day and so I came on, leaving my nice warm lovah to go vacuum, cook, do laundry, and figure out how to drop an egg from a 2 story building without it breaking.

Hardly any of that is true.

The truth is:  I came in with my lovah, to find a mess but only half a mess because Stanley had actually tried, since it was Mother’s Day.  The kids all had little gifts for me that he had helped them make/or purchase.  We played with kids a bit then Al and I went to the grocery store and bought stuff to grill and I made some food and my mother and Carroll O’Connor came for dinner.

Props to Stanley for helping the kids with Mother’s Day.

After dinner, they left, we all watched a movie a while, and then I took Al back to the hotel, damnit.  I dropped them off at school bright and early yesterday and then went to pick my lovah up at his hotel glorious with the thought that we had 6.5 hours until time to pick them up again.

Every minute of alone time counts.

And, by damn, if we didn’t have an up and down day.

We had one of those days where we realize that, although we love each other madly, we haven’t actually spent that much time together and we have moments of “What did you mean by that?”

Our baggage was showing.

I got upset because I want it to be perfect all the time.

After about the 4th little snafu I had to cry a little.

Then before all of this can be worked out, it is kid bedtime and time to drop him at the hotel again.  We went to sleep last night, with a distance of 3 miles (vs. the 915 normal ones) feeling thousands of emotional miles apart. 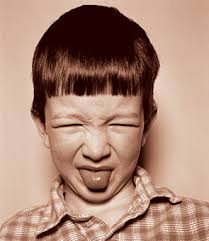 So, this morning, was 5th grade graduation.  I got up, got ready and met Stanley and my parents at the school at 8:30.  I did not bring Al since Stanley was going to be there and so he had the morning at the hotel alone.  Both of us had some time to process.  I picked him up at 11 a.m. and we had until 2:00 to talk.

It was really good.

After everything, I’m glad ‘yesterday’ happened.

It has been a long wild ride, this last 4 days.

I’m about to take him to the airport.

He is beside me now, kissing my shoulder

and asking how did 4 days go so fast.

He says it is never enough.