Warning:  This is going to be long.

So, I left my house at 11:45 on Wednesday my flight to ATL was at 1:10 and on time. We got to ATL and my connection scheduled for 4:15 was delayed until 5:30.  After a few minutes it was delayed until 6:30 then 7, then 8:35 and so on and so on and so on….  I saw that there 3 other flights leaving for this destination, also on Delta, scheduled for after mine.  So I ran from Gate B12 to Gate A18 and got on the standby list.  That flight left and I did not get on the flight.  However, there was another flight scheduled to leave at 8 so he put me on that standby list and I went back to my original Gate B12 to find my flight had been moved to Gate B9.  At B9,he said our flight was now scheduled for 10:35.   I ran to Gate A12 to see where I was on the standby list for the 8pm flight.  Well, the gate was mobbed because everyone from my flight was trying to get on it.  Now:  lets be clear.  My Delta flight was scheduled for 4:15 originally.  This Delta flight was scheduled for 8pm and it was scheduled to leave on time while mine was delayed 6 hours.  That flight boarded, standbys were called and he called my name.  I jumped up and he said, “OH I’M SORRY.  That was the last seat, I can’t get you on after all.” He played with my emotions

and that is sinful.

So, I go, all dejected like, back to my Gate B9, to discover that my flight has been moved to A2.  Yes, back on that fucking tram.  This was like my 4th time riding the fucker.  I had lost all of my good humor.

and was ready to scream.

I was not alone.  There were people screaming all around me.  One lady was screaming “LIES! LIES!”  and all around me I was hearing, “I AM NEVER FLYING DELTA AGAIN!”  Plus there was my loud mouth joining in.

Excuses given to us:

My flight is now pushed back to 11:50 and moved to Gate A6.  People, that I had now grown to love since we had been together in this disaster since 3:30 when we landed, were screaming.  The agent at the gate wouldn’t announce anything at this point because when they started speaking there were yells of, “YOU SUCK!” and “FUCK YOU” and the one little lady who was screaming, “WHY DO YOU KEEP LYING TO US?”

and didn’t smile once in 9 hours.

But her voice could carry.

Somewhere near 10 pm. I called Delta and asked them to please tell me the truth, was it going to be cancelled. He said, “It is still scheduled Ma’am.  I do apologize.” 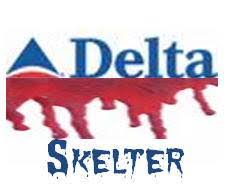 I was exhausted and with 200 other exhausted people.

In the meantime, Al, who is carless, (Not careless, car less), has been sitting at the airport since 6:00 when I am originally scheduled to arrive.   At this point, all of the little shops outside of security, because he couldn’t actually go into the terminal, have closed and he is having to move around for the cleaning people.  So, he has been there 7 hours and counting.

Oh, and all the other airlines flew from ATL to my destination.

The weather was bad in Atlanta by 7 pm. There were delays of up to an hour.

Okay, so skip to the end.  They get us on at 1:18.  We sit and sit. The captain comes on and tells us, “You will be happy to know we are # 1 for take off.”  No other planes in sight and all the other gates are closed up, the weather has long since passed.

And we sat on the runway 15 minutes.

At this point I was wondering if we were some sort of experiment.

He was freezing at the airport here sitting on a hard bench,

everything closed up tight as a drum.

The captain came on and said,

There were cries of, “SHUT UP” and “FUCK YOU”

Al tried to hug me and I was like, “Lets just be friends.”

We found the rental car shuttle, because I had to rent a car,

and he says, “You are so beautiful.”

So, we finally get to the rental car lot which is an 8 minute shuttle ride away.   Then we had the 30 minute drive home.  I really don’t remember it.  I might have been cranky.

We got in, brushed our teeth and tumbled into bed.  I don’t think I made eye contact until yesterday sometime.  He gave up on going into work since he was up all night.  So, we lost a whole day.  Days are precious.

In the meantime, DIVORCE also sucks.

Because, I am on a separate trip from my kiddos.  Merlot keeps calling me crying.  She tried to Facetime me in the ATL airport but that didn’t work.  We did manage yesterday but with the time change it is hard.  She was crying but the other 2 look great.  She said that she is bad for 3 reasons.

2. It being such a long time away from me.

She was sobbing on the phone.  This was too long a trip for her to be away from me.  I tried to tell Stanley.  2 weeks and 1 day is too long for a little person.  The other 2 are fine.  He originally had it planned for 2 and 1/2 weeks and I said absolutely no way so he shaved a few days off.  I understand his issue.  The cost was outrageous and he wanted to get his dad’s money’s worth.  His brother, also divorced, doesn’t have his kids until 7/27 and they wanted to be able to all spend time together.  I tried to get him to not leave so early since they weren’t coming back until 7/30 and the first week was just with the grandparents, but no, he insisted.  So, Merlot is also bored which makes the missing worse.

He’s probably sorry he made that decision.

I don’t think she’s been easy.

I asked her what she thought of England, she said, “It’s really weird.”

I asked her if she liked the food, “It’s really weird.”

One set of kid cousins arrive today for the weekend,

so I’m hoping that perks her up.

God, Please let it perk her up.

It’s hard to get those phone calls. 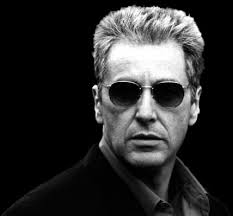 I’m picking him up from work soon.