Her show came on yesterday while I  was getting ready to work. 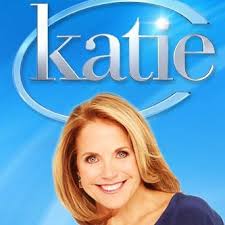 She reported her engagement and the topic of the show was

2nd marriages and how to make them work to avoid

I thought it might be interesting and hit record on the DVR.

I watched it in the afternoon.

There were several experts on the show talking about

the statistics on second marriages.

Dismal but apparently if you make it 5 years

then the percentage of divorce goes down to

the rate of first marriages,

Then there were some blended families on.

I am shocked by how quickly some people remarry

and how quickly they expect their kids to adjust.

Kids that are still reeling from their parents split,

quickly have to adjust to a new step-parent, and

I think we have very unrealistic expectations of children

but that is a thought for another day.

they haven’t given us much choice.  Also, as much

as I hate the distance, it has made our relationship

move slower and give our kids more time to adjust.

on my bed that although she liked Al, she couldn’t

see him as her stepfather.

I blogged about it here

My kids like him but I don’t know what their reaction would be if I said we were getting married.

His oldest, a senior in college, has expressed clearly that she

has no interest in meeting any girlfriends.

and we email occasionally.  His son, well,

I’ve spent the most time with him, including Saturday.

Ironically, when he was getting out of my car and we were

Al and I looked at each other and both laughed,

because that is the first time he has

ever said my name to our knowledge.

But I do hope my kids will be happy about it

and to be adjusted well enough to the divorce

to cope with the changes it will cause for them.

Good luck to Katie and all the blended families out there

trying to beat the odds.