Strange things are happening around here.

Poor Stanley in surgery as I type.

After we got divorced he started having ear trouble.

Maybe he has shower sex ear swimmer’s ear from shower escapades with his gf.

I can tell you he never showered with me once.

And we had a huge shower with 2 shower heads, one a rain shower.

Never once occurred to us to shower together.

That is wrong, just wrong.

Wait what was I talking about?

Oh yes, he is in surgery.

They are rebuilding his eardrum and taking a skin graft

from somewhere else and making it in to an eardrum.

I sent him a text last night wishing him luck and

asked him to ask his gf to let me  know how he’s doing.

I got a message on FB which was quite passive aggressive

but I appreciate it none the less.

“Morning, sorry it took so long to let you know how things are going. Ive been busy with work stuff. He got into surgery around 8:45. Got my first update and all is going well. The surgery will last about two and a half hours. I will let you know next time I get a notification. Have a good day.”

I thanked her profusely for the update because really

she doesn’t owe me anything, but that whole,

‘sorry I was working’ line reeks.

I mean, is she at the hospital with him or at work?

I hate to think he’s at the hospital alone.

He has no family here and I would go up there if he is alone.

But I think that is just her being passive aggressive.

Anyway.  She doesn’t like me, this has been predetermined,

so I’m lucky she let me know at all.

him I would be available and not to worry about it. 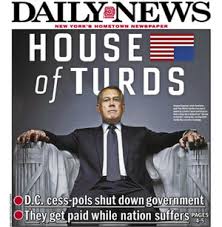 I’m over this government shut down.

Every one of those bozos need an up close and personal Moving on because that shit just gets shittier everyday.

Last night  Al and I had another skype date

to watch the first episode of 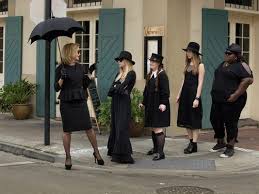 It had a few scary moments and I covered my eyes

behind a pillow for about 5 minutes.

But it was also awesome.

She is just beautiful and had some great lines.

She said to Kathy Bates character

I was still laughing this morning.

But, I didn’t sleep great, so I may have to tape at night

and watch in daylight.  It comes on so late that

it’s hard to sleep immediately after.

The problem with that is not Skyping it with Al.

I’ll keep trying and maybe can do it because he is purty to look at.

I’m trying hard to hold him close so I can delay the fade.

My Boyfriend Amnesia has to go.

I have to go back to work now.

I’m the one that needs therapy.