The kids left this afternoon.

It was an agonal long day with Stanley and

I both around the nest helping them get all of their stuff.

I was sad with that feeling of impending doom. 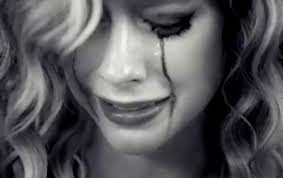 I dropped them at the airport and the last 5 minutes

in the car I was fighting tears behind my sunglasses.

I think even Stanley felt sorry for me.

Not enough to do the damn dishes or anything

but he looked at me with a tiny sliver of compassion.

I drove out of the airport with black tears

running down my face.

I called my lovah and he talked

me through it all the way home. 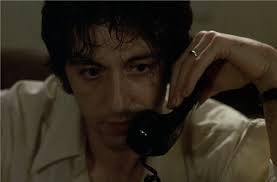 I am having them all the damn time these days.

Either I’m leaving or Al’s leaving

or now the kids are leaving.

I think some people are tired of me whining

about the kids leaving or missing my kids

But I’ve been thinking about it and considering

I think I’ve made a pretty damn good adjustment.

I didn’t set out to be an attachment parenting parent.

I didn’t have my first child until I was 34 years old.  By the time of my baby making, I had spent 7 years in pediatric oncology at a major children’s cancer hospital.  I had seen so many dead children, literally, that I could hardly bear to be away from my children at all.  I have probably seen, touched, cried over 50 dead bodies in my lifetime and they were all under age 18.

And we don’t want to talk anymore about that.

Talk about a buzzkill…  But, my point is, that when I had my kids, I became much more of an attachment parent than I ever would have had I not had my work experience.  I nursed them all and loved the closeness and experience so much that I nursed them all until they were 2. Merlot was well  over 2.

My dad asked when I was going to stop that foolishness. He was right, it was time to stop.

It was getting a little out of hand.

I co-slept with all of them and Stanley would say to this day that it was the beginning of the end of our marriage.  He thinks that I let the children come between us.  They did.  It was only because I realized I preferred the kid’s company to his, but that is beside the point.   I didn’t wear them in a sling all day but only because I couldn’t get comfortable in one, I swear.  Plus, I worked.  But I left them with a nanny or at the hospital daycare and would run over during the day and nurse.  After working hours, I was attached at all times.  Usually at the nipple.

I did complain once of lack of sleep to a group of friends and one gave me the BabyWise book.  I read the first 5 pages and threw it across the room.  All of my friends that read the book and scheduled the baby slept much more than I did and were probably more effective during the day than I was during that time of my life.  But it went against all of my parenting instincts, especially in lieu of my work trauma (and it was trauma, I think I have PTSD about some of it even now). My sister in law Babywised her children and she would go out and walk around in her yard when her 2 week-old was crying itself to sleep.  Her children became excellent sleepers and are all perfectly adjusted happy kids.  I just couldn’t do it.  I still want to be with my kids all the time.  Sure, sometimes I get ready for them to go to bed at night so I can have a few minutes alone, but I miss them when it is Stanley’s weekend.  I get all sad and mopey.

Merlot and I are joined at the hip.

But when I’m on nest duty,

she sleeps with me most nights. 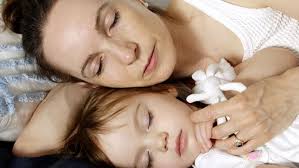 She’s a sleep ninja and kicks me and I don’t even care.

Al says she is going to hate him when he takes her spot.

Oh well.  They will have to fight it out.

She is totally capable of sleeping in her own bed.

She sleeps there 50% of nights because Stanley is here.

I’m jealous of people that get to be with their kids all the time.

I’m jealous of people that don’t spend nights apart from their kids.

I’m jealous of people that are taking intact family vacations.

I told Stanley as they were leaving that he was leaving

with 3 kids with no scratches and I expected him to

come back with 3 kids with no scratches.

In the meantime, I will relax and try to enjoy my time alone.

and I plan to make that count too.