I left the nest last night with Stanley installing the dishwasher 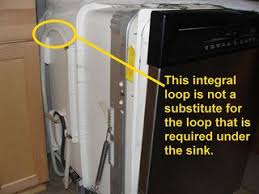 yesterday but Stanley said he wanted to do it

so although I felt a tinge of guilt leaving the kids

with him frustrated, I got over it and hauled ass.

I  went to dinner with some friends.

The 4 of us have been going to dinner monthly since 1994.

I’ve seen 3/4 get married and all of them pregnant.

Now one is an empty nester, how weird.

Our girl talk has shifted mightily over the years.

We used to talk about our relationships and sex.

Now we talk about our older kid’s relationships and sex.

woman that we used to work with.

It was no surprise, we’ve all known her husband

was a controlling asshole for years.  Good riddance.

But as the only divorced woman at the table it was

still sad to know the journey she’s about to take at 52 years-old.

That was a bummer so we ordered another bottle of Pinot Grigio.

To lighten the mood from that conversation another friend said,

“Well I have a problem! After 16 years of

marriage, my husband has told me it would

mean a lot to him for me to swallow!”

Well, that was unexpected.

Our mouths dropped open for sure.

We’ all agreed that is something usually done at the beginning

of the relationship that you work down from

not something you work up to, over 16 years.

But it certainly, to me, shows that their level of intimacy

is increasing in their marriage that he would feel comfortable

talking to her about it now.

She feels like they are closer than they have ever been.

Their child is older now and they have more time alone.

They have re-energized their sex life.  So, cool.

We gave her some pointers just for good measure.

Then, because there is no where to go from that,

we split a bananas foster, had a cup of decaf and went home.

Friends are such a blessing.