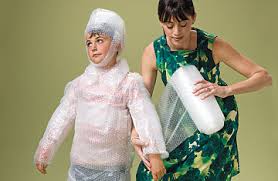 Seriously I don’t think it ever ends.

Like for instance:  Last night, Wilbur came in and as I was leaving he said to The Boy, “I wish you could drive, I would send you out for milk!”  I said, “I’m not ready for him to drive that will start a whole new load of problems!” and Wilbur said, “Yes, we should make him wait until he is 18 like they do in England, but hey, Boy, you can drink there when you are 18, YEAH!”  Boy, “Woohoo!”  Me, “Did you really just encourage him to drink when he is 18?” Then my poor cleaner, who is a sweet, sweet person and has been cleaning my house every 2 weeks since Stanley moved in 14 years- ago, was absolutely beside herself today about her 21 year-old son who is banging his cousin.  Now.  I said, “A second cousin?” and she indicated yes, but she is upset like it is a first cousin.  I dropped that line of questioning because she was calling this girl “No Account” and “SLUT” and said she had a “stanky cooter” and you just have to use your listening ears when that sort of conversation is happening. She said she told him he could not live with her and took his keys from him when she came in and found him up in there with this girl.  She has put up with a lot from this kid.  She is a single mom and works really hard and has spent a lot of time and resources to make sure he has access to education and this has offended her to the core.  She told me she hoped he would come to his senses and dump the girl but that she was prepared to stand by her decision that he cannot live in her house while he is doing evil.

I don’t know what I would do if it was my kid.

Probably show him pictures of genetic mutations on Google

and try to reason with him.

Clearly banging your cousin crosses a line with her.

I have a hard time deciding what kind of parent I want to be sometimes. 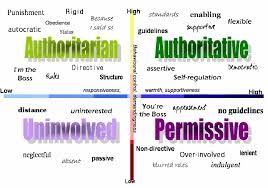 I think I change according to the circumstances

although never uninvolved I hope.

But I do have some things I CANNOT tolerate in my house:

saying the word “Hate” about somebody

saying something about wishing harm to someone

walking away from me when I am speaking (yelling really)

(I’m going to add banging your cousin to the list)

My kids know I will over react if they do these things.

Also, C’s while at the magnet school are bad. I don’t want to whore myself out for

private school just because they don’t study.  They are more than capable.

But I do try to let my kids work some things out on their own.

Helicopter parents nowadays don’t allow their kids to learn any lessons or problem solving skills at all.  I don’t remember my parents every stepping in to work out my social problems for me.  To be honest, I don’t think it would have occurred to them to call the naughty little girl’s parents about her being mean to me on the playground.   I have Moms tell me all the time that their child got a bad grade on a project and they called the teacher and when that was unsatisfactory, the principal.

I prefer for my kids to learn to work out some of their problems on their own.

**Disclaimer:  Bullying is different.  I am not talking about bullying.

Somebody is mean to them?  I give them ideas of how to handle it with the other kid but I have never called another parent.  A teacher gives them a bad grade?  Well, they needed to put in more effort or ask the teacher what they need to do to do better next time.  I counsel them plenty but I don’t really speak on their behalf much.

Which leads me to today. 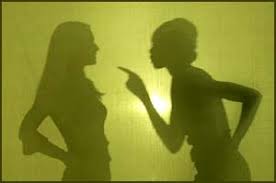 I had a mom stop me after school and tell me that her daughter, who is a close friend of Jumping Beans’s, is feeling uncomfortable with JB at times.  She said that JB ‘pretend hits her’ which is humiliating and uncomfortable.  To which I said, “What?  Wait, JB?”

I have seen this mom do this before.  She has a bunch of kids and ohhowdyyes  she is a copter.  She has told me before of calling other moms about their children’s behavior with her kids.  I have just been spared, until now.

So, I tried to respond in a manner that I thought appropriate although I really wanted to cuss her out.  But I said, calmly, “Oh! Well, my guess is that she doesn’t even realize she is making copterkid uncomfortable, I really wish copterkid had just told her she didn’t like it.”   She said, “Well, copterkid said she did but she is very passive and has a hard time speaking up so I am just trying to help and copterkid says that it makes her feel humiliated when JB fake slaps her.”  So I say, “Well, she has ADHD and jumps around a lot and moves quickly I can’t imagine she would do that, she isn’t aggressive physically, but I will admit she is quick!”

Lets be clear, this is about a pretend slap.

So, I get in the car with JB and I want to throttle her because I have had to endure a copter landing on my head.  She had no idea what I was talking about.  I asked her specifically to think of her interactions with this child and what might be making her uncomfortable, she has no idea.  She got tearful because this little girl is one of her closest friends.  So, I text the copter and tell her that JB has no idea and needs a specific example of when she does it, so could copter kid please tell JB tomorrow because JB certainly values her friendship and would never want to humiliate her or make her uncomfortable.

I told Al, because I tell him all my problems as soon as they happen, and he was of course sweet and comforting to me about it.  He was also totally offended by the copter like a good stepboyfriend and said,

Well, hell, her online name is

She has never walked anywhere, she only runs.

And jumps. and skips, and hops and climbs. 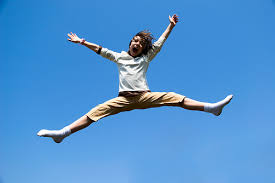 JB said the little girl has never said once that she didn’t want her to do something so she is clueless but said she would ask her tomorrow.  I cautioned her about being cocky about it since this is a friend and recommended an, “I’m sorry that I’m upsetting you, tell me what it is exactly so I can stop doing it” all meek-like and shit.

to solve any of their own problems.