I’m having one of those days when I kind of hate people. 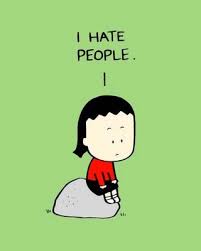 First, I’m tired.  I don’t sleep well sometimes and it is probably menopause.  I feel the anxiety coursing through my veins when I try to sleep.  I lie there trying to fight the urge for a Xanax because I know I shouldn’t take that stuff every night.  So I read until I finally drop off but wake up frequently and feel like I merely dozed all night.  Then I wake up to cranky little girls. 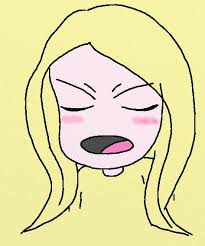 Except for one of them is a brunette.

Jumping Bean with the ADHD is an absolute bear in the morning.  Her best time of day is 10:30 p.m.  Her ADHD meds have completely left the building and she is dancing and talking and will read her book (she does love to read) for 2 minutes and then come to tell me some snippet, then dance her way back to her bed until she finally passes out at about 11.  She has always been this way.  She was a tiny baby and would stay awake half the night and sleep late.  I can get her up at 5 a.m. and at 10:30 pm she is still dancing. In the morning before school she is so cranky that I want to take my own life.  Then Merlot was also tired.  Often she gets up early early and is bouncy, makes everyone’s lunch for me, helps with JB’s stuff and even makes me a cup of coffee in the Keurig.  But then there are times like today, She is so over achieving that she wakes up with a nervous stomach and is worried about school and her shirt is itchy, etc.  Also, she mentioned to me when I turned her light off last night that she doesn’t do good on ‘change days’.  Today is a ‘change day’ and she was stressed about it at bedtime.

I do everything I can to make it easier on them

and yet still there is suckage. 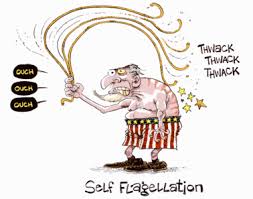 I love my children, they are not among the ones I am hating today.

But they did contribute to my mood

because I had used most of my compassion quota by 8 am.

Other Things on My Nerves:

1. Al’s ex-wife.  He told me innocently that she had called him last night and asked if he was available this weekend since she is on call for work.  (Again his kids are 18 and almost 15)  He said he was available, and she said “Are you available or are you free?”  Which is code for “Is she in town?”  She being me. Bitch, you were mean to him and he moved on.

Didn’t have a thing to do with me yet she still acts like this.

Plus she says things like this to his kids who

have anxiety about meeting me for fear of upsetting her.

I need to whop her again. Again, their break up had nothing to do with me.

2.  Stanley.  He offered to do last Monday night by sending me a text and asking if I wanted a break because he was available.  He sent me this on Monday.  Al was leaving on a 7 p.m. flight and I had a thought that I would be less sad if I had the kids (I was planning on it, it was my night) and so I told him, “No, I’m okay.”  Now I have realized that was code for he missed the kids and I have worried that he is missing them.  He’s had 1 night in a week because of Easter.

SAY THE FUCK WHAT YOU MEAN.

I am expending energy worrying that he needed kid time for his own mental health and I didn’t realize it. They need him too.

3.  Carpool is harrowing.  I hate all those bitches (daddies included) who drive like maniacs trying to get into the circle drive at the school.

It doesn’t matter how many diagrams go home of how this should work and which way to go in to the driveway, people will always try to turn from the middle lane of a busy street and scare the pee water out of me at 8:15 a.m. Or pull up in front and park.

4. Then yesterday my mom told me that there was some tension with my brother and SIL after we left on Sunday.  Again, it didn’t have anything to do with me, thank God, I just cannot get a grip on how she treats him.  She is the Queen of Sheba and he puts up with it which makes me wonder if some women have velvet lined cooters or something to get away with what they get away with.  Because I have never gotten away with anything like that with a man since I am possessed of a normal cooter.  She does nothing. nothing.  Except boss him around.  He jumps up like a shot and does it. We all tip toe around her nonsense for fear of him cutting us all off if we upset her.  We must not offend her.  It has been this way for 27 years.  At my mother’s Easter dinner table her little stupid dog sat her on her lap while she ate. 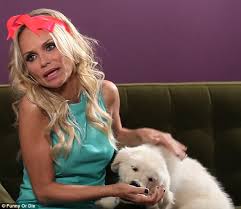 Yet we all ignored it because we must not upset her.

She kept saying she had to be home by 8 to see Huckabee on Fox News.

5.  I could go off for hours about stupid politics and stupid people who think they need to arm themselves against the Federal Government.  I saw more of that nonsense already today.  Help Me Jesus.

6.  On the NY Times post about Birdnesting I referenced yesterday (see below) someone commented that nesting is too child-centered.  This has been gnawing at me for 4 days.  How can a custody arrangement be too child-centered?

For Barbara in Poughkeepsie.

The worst part is I could go on.  The real issue is I miss my lovah/best friend/partner.  I am jealous of moms I see in carpool who had access to their husband on a daily basis.  I am jealous of them that have intact families.  I worry about Merlot and I’m sorry she has to make a change, even if it is just me going out and him coming in.

Everyone is fine and healthy.