Or if that is too cryptic I could also call this post:

“What happened when I came face to face with the new girlfriend.”

So.  Yes, I met her.  Yes, It was a surprise.  There was no time for anxious ruminations.  As a matter of fact, the person who spent a few brief moments anxiously ruminating was Al. Then he escaped the source of his anxiety and I ran face to face with my arch nemesis.  Lest you forgot, this is the woman that planted thoughts in Stanley’s head about the unfairness of my ‘lifestyle’ and made reference to the fact that I needed to put on my ‘big girl panties’ and support myself.

Stanley is blissfully unaware of pop culture.  I have no doubt that he even knew the Oscars were on the other night because he cares so little about pop culture.   He doesn’t even care about the real people in his life much less movie stars.  Therefore, the whole notion that he had ever run into (in his lab or homebrew club) any sort of saying of the words: is ludicrous.  She gave it to him.  She wants my lifestyle and, apparently, the contents of my panty drawer.  I haven’t liked her since all of that nonsense.

I digressed.  What was I talking about?

Oh yes…  So, Stanley had donated some homebrew to the auction.  He was unable to attend (of course) but had shown me how to take the kegs out of the brewery in the garage, unhook the CO2, unhook the keg squeezer thingys and take it to the auction where we gave it to the bartenders who took it from there.  Al helped me, all good.  Al was milling about, drinking homebrew and smiling at the ladies in between fetching me glasses of wine since I was working the registration table.    Then he comes over and whispers, “the beer is going over really well and there is a crowd trying to get more and there is more but the CO2 is gone.  Can you reach Stanley?”

So I go over and the bartenders explain the situation and I sent Stanley, who is a near excellent brewmonkey if I do say so myself, a text to ask if there is some way to rig it.  I get back, “I’ll be by in 20 min to bring more CO2.”  I provide this info to the bartenders and mob at the bar then turn to Al, who is getting really nervous.  He hasn’t met Stanley, see.  Neither has indicated any desire to meet the other and here I am with my lovah and my ex is about to step in with a big ole tank of CO2.  In addition, I am a little drunk from drinking for hours with no food at the registration table and everything is starting to get funny. 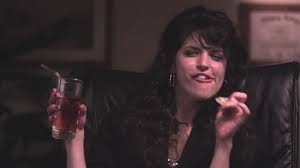 I’m all, “Oh, there has to be a first time, you’ll be fine, yada yada, giggle giggle” and he goes and stands by a table on the side and in walks Stanley with a big ole tank.  No really, it was the CO2.   There was also a woman who was smiley and kind of fine.  Average.  (Please use the previously discussed code here.)  So, he introduces me fast and heads straight to the bar.  He isn’t looking left or right, he is on a mission and I’m thinking he doesn’t want to see Al either.  I turn my attention completely to the woman who is taking me in with big wide eyes.   I was shiny.  My hair was shiny, my blue silk shirt was shiny with a few shiny ruffles, my earrings were shiny, my lipstick was Chanel shiny, my wine glass was shiny and my eyes were shiny with alcohol.  If only I hadn’t been tipsy. Because alcohol makes me nice.

It makes me love everybody.

I hugged Stanley, per Al, two times.  I hugged the woman, who does not deserve my hugs, at least once.  I told her I was happy to meet her and happy my children like her.   Those were at least partial lies since she threw me under the bus like she did.  I was warm and sweet.  She just stared at me kind of blankly. Then they left and I burst into tears.

Al was not happy with me.

He had observed me hugging Stanley and apparently that was too many hugs.  To be fair, if his crazy bitch ex  had shown up and he had hugged her repeatedly within my sight line I would be packing his shit back up and dropping him off at Airtran.

Life is so unfair.

He is precious and forgave me quick because I was tipsy and ever grateful for Stanley to help out on the spur of the moment and because he brought that woman I wasn’t expecting and it threw me for a loop.  Interestingly enough, Al hid himself away and barely looked up.  As a matter of fact, he never saw new girlfriend or me talking to her.  His only comment was that Stanley looked older than he expected.  He told me that if he had realized she was there, he would have stood beside me.  Maybe I’m glad there were no witnesses.

I have since sulked and feel weird about the experience.

Yesterday at lunch, I finally came out with my disappointment in myself for being sweet to her and how oddly she stared at me.  Al, who is near perfect, said that I was being who I am and to let it go.

He said, “Are you glad the children like her?”

“Then it was like you to tell her that. You showed her who you are. “

Per Al, I am a warm and sweet person and that is what I showed her so I am to let go of my regret that I didn’t kick her in the knee and knock her ass in the onion tartlets and organic beef sliders.  I guess.  Maybe.  I wish I hadn’t been tipsy without all of my faculties during the first meeting, because I can’t say that I was in total control of the situation.  Al says that is crazy, I was in total control because she had to come into a big room full of my friends, dressed to the nines and it was probably very intimidating to her.

Well.  That is my lifestyle.

If she wants it, she is going to have to get herself some lipstick.

I’m trying not to be mean.  Especially since I’m so warm and nice and all.

Now why do I keep hugging Stanley?