That line makes me laugh.

I don’t believe your first sexual experience is what makes you an adult, heavens no.  In my experience (personal and professional, as in people telling me in practice, NOT as in I’m a professional, geez!) it can be sweet, anticlimactic, romantic, traumatic or a combination.   Like all sex.

Talking to kids about sex: okay-how-did I learn.

I appreciated this from him because I realized while reading that everyone has their story of how they learned about sex and my kids will have their story and that no matter how I might try, I can’t take that experience from them.  I hope now that I can guide my kids to a certain extent,  but it will certainly be uniquely theirs.

It also brought home that all of us have private lives.  Just like it is disturbing for children to realize that their parent’s have a romantic and sexual life (which makes starting to date again when you are a mother/father really hard) it is hard to realize that your kids have an intimate life as well.  I know from my clinical work (and parents that came in freaking out about it) that even kids as young as 2 know that it feels good to touch themselves.

I am not going to share as much as WQB did in his piece.  I’m skeered I will be judged in this Bible Belt I live in.  But I will say that I had a gentle initiation into sex and romantic love in general.  It was perfect in many ways and I hope that my daughters have an experience like mine, although I would be happier if they were older. Like 30. I was 17 and it was with Al, who already had experience.  Yes, I was not his first.  I may not have even been his second (don’t tell me, baby);  He had a gf before me and made out with her all over school.  I think the first time I saw him I saw his back as she was pushed up against a locker in the hallway and they were all in a bother.

Well, at some point they broke up (SLUT) and we met and he got all puppy eyed at me and we started dating.   We would make out for hours, but this boy was never forward with me.  He totally took his time romancing me and talking to me and looking into my eyes and we dated for nearly a year before we took that step.  I never felt unsafe or like I was out of control of the situation.  The experience itself was fine (definitely not earth shattering, sorry Baby) but he was 17 and I had no idea what I was supposed to be doing; so, probably I did nothing.  I wish I remembered what was playing on the stereo (Nights in White Satin??), possibly he might remember.  I can tell you that it was March 5, 1982.

We came out of his room and his sister was sitting out in their den (yikes, we didn’t know she was out there) watching TV and there was breaking news of his death of an overdose.

We broke up that summer and I didn’t have sex again until I was 23!  He was shocked to hear that news when we were catching up.  I went off to college and had plenty of boyfriends and make out sessions, but none of them looked at me that way or talked to me that way and I would put the brakes on fast when I felt unsafe and out of control.

I think that having my first love me the way he did made me have high expectations of boyfriends.

I think it shocked him, actually.

But over the years, I had so many girlfriends relating their first time experiences that I realized I had been really fortunate to be with someone who cared about me and made feel safe.

I didn’t get married until I was 32 years-old.  I had plenty of boyfriends in between, some good and some bad.  I had one that I was really quite in love with (we dated for a long time) but he was a terrible lover.   I mean really awful.  If all men were that bad there would be seriously less people in the world.  I kept making excuses for it because he was really attractive and smart and I wanted it to work. Recently I saw a picture on FB of him with his wife, and all I could think was,

I remember once, being in his apartment just after a date, and we walked in, I sat on his sofa,  he excused himself to the bathroom and came out completely nude.   He seemed to think my reaction was really funny.

“I think you forgot something in there.” 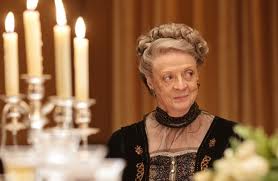 If you are a man and you are reading this, that was not  foreplay.

And so begins Sex Week.

Send me your thoughts and I welcome guest posts!