I often peruse the Huffington Post Divorce, just for self punishment (when my hair shirt is in the wash) because the comments often put me over the edge.  But sometimes I do find pieces that really make me think and I found a thinker yesterday by Laurie Israel.

Infidelity: An Opportunity For Marital Truthfulness

I read the article and then emailed the link to Al but didn’t talk to him about it at all until last night.

Boy was he confused. I didn’t have an affair in my marriage.  But I realize in hindsight that I was very ripe for one, especially an emotional one.  When I was reading the piece, especially the 368 comments that were posted at the time, I realized how black and white people see infidelity, and I agree to a large extent, it is wrong.

But some of the author’s points made sense to me.  Infidelity can be an opportunity for truthfulness in a marriage. 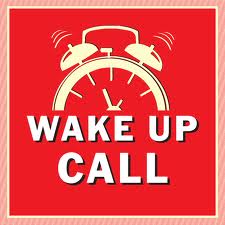 It can be a wake up call, it doesn’t have to be the end.

The author gives 6 ways to avoid infidelity in your marriage, or

to begin recovering from it.

(My thoughts are in red)

1. Be truthful in your marriage. Problems in marriage arise not because spouses are different or have different views. That’s always the case once the honeymoon is over. Marriages suffer when spouses are not being truthful to each other. The untruths can be evident in all sorts of little ways. Most of these are non-sexual and relate to views and choices in daily life.  Yes! In trying to keep the peace you allow the little resentments to build and then you realize you have given so much of yourself away that your spouse doesn’t even know you anymore and, in addition,  you don’t like them anymore  either. (Al, can raise his hand here).

2. Don’t think that small daily interchanges are insignificant. Remember, it’s generally the little verbal interchanges that eventually undermine a marriage and make it unsatisfactory. Discussing something with a spouse can quickly turn into a very “hot” communication. Try to ask your spouse — innocently — what he or she means. You might be very surprised at your spouse’s response. When you approach a discussion without assumptions, you will find truthfulness. The clarity this produces increases marital satisfaction and boosts affection. You might call it an emotional aphrodisiac.  I think that people (especially lazy people named ‘Stanley’) thought that they could always make it better tomorrow.  I would find myself confused because of some unsatisfactory exchange and he would walk away.  You walk away a few too many times and the other person checks out.  I admit it, I checked out of our marriage.  The small interchanges were statistically significant, because I am a statistic.  (Cuckoo Momma has hand raised, baaaad girl.)

3. Don’t be deceptive. The main problem in infidelity is not the straying or the sex, but the deception. Most infidelities are accomplished (or intended to be accomplished) without the knowledge of the other spouse. This requires an elaborate subterfuge, and lying to your spouse’s face. So simply choose not to deceive if you must have an affair. Okay, I agree here.  Best not to lie.  I did give Stanley fair warning that I was checking out.  I actually said the words, “MY NEXT HUSBAND IS GOING TO TALK TO ME.”   That was pretty clear.  If any sweet daddy on the playground had been interested in my day I would have been getting new highlights and meeting him for lunch.  Luckily, no one was interested.  Which is depressing.

4. Ask your spouse for permission. What if, when a spouse was attracted to another person, he or she told the other spouse? What if he or she told the spouse prior to the onset of the physical or emotional affair? This would bring an element of truth into the marriage. What if you actually asked your spouse for permission to have the affair? One of my readers (OK, I admit, it was my spouse) commented: “Are you crazy? It would take all the fun out of it!” So I guess I’m on the right track! What?  No wait!  This is where my sweetheart Al was confused.  When I asked him if he read the infidelity article his response was,

I’m not asking for permission to have an affair and I don’t want anyone to ask me for permission for an affair.  What I will do is go back to #1, Truthfulness and #3, Don’t be Deceptive and I will give fair warning and I would like my partner to give me fair warning.  The words I used with Stanley are sufficient.

If one of us ever utters,

If I ever say marriage vows again, (bless my heart, Lord willin and the crick don’t rise) I will vow to be truthful.  What I will mean in that statement is that I will tell you what I need and I want that person to tell me what they need so I can give you the attention you deserve and shape my ass up.

5. Talk about the attraction with your spouse.  If you do, you may well find in the discussion that there are ways that each of you is deeply dissatisfied in the marriage. You might move towards ways in which you can better meet each other’s needs. The affair may or may not proceed, but if the ground rules are “no deception”, the affair may have much less power. And since there is no deception, the other spouse may not feel so victimized.  Lord no.  Or you can try, I have no idea.  But if you tell me you are attracted to my girlfriend I am never going to forget it so fair warning.

was directed at #5.  I laughed out loud.

“So she said let’s write down who we really want to sleep with and exchange lists. I didn’t like the idea but she nagged and nagged so we did it and exchanged lists. Her list read “Brad Pitt, Steve McQueen at his best and Clint Eastwood when he was in Dirty Harry” My list read “Your sister, your best friend and our next door neighbour.” I’m typing this from the garage…..been here for three days now.”

6. Don’t think that forgiveness is the solution. A theme in many articles on infidelity is that the “wronged” spouse must be able to move past the hurt of the other spouse’s infidelity and be able to forgive the straying spouse. Then the marriage can move on and has a chance of healing. But the concepts of forgiveness and blame may not be very productive in resolving the aftermath of an infidelity, because they don’t address the root of the problem. The problem lies with the couple and the couple’s interactions. One party alone hasn’t created the problem; they both have. They must both work — if they so choose — to make their marriage better. A strict regimen of truthfulness and truth saying in every interaction is the best repair route to any marriage.  I kind of believe this is true.  I do think that the problem often lies with the couple although I guess there are people who just can’t do monogamy.

Anyway, what do I know?

marriage is a bitch and I like things that make me think.