that really kind of annoyed me.

It wasn’t that bad, it was just an anonymous person

Wow, seems to me that neither you nor your boyfriend are over your marriages yet. Not sure why you want to belittle yourself so much by belittling your exes. Take the high road, it’s a better way to travel

I always publish comments that people leave me even if they are unflattering.I just figure that if I put it out there then I need to respect other’s opinionseven if they are counter to mine. But I don’t like criticism about my behavior.Who does? 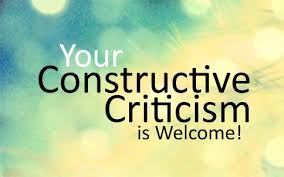 Really, just keep it to yourself.

So, Al and I engaged in belittling apparently.

Well, those nimrods deserve it.

And to be honest, neither of them care what we think.

instead of dating after divorce.

Plus, I take the high road every waking minute I’m with my kids. When I’m with my best friend I don’t have to.

We can discuss how lame they are anytime we aren’t with kids.We co-parent with them so they are still ours to discuss.

it’s indicative of needing an outlet to deal with these wankers.

because otherwise we can’t cope with them.

So, consider my belittling a healthy coping tool.

Now back to my original question,

Is it immature to blog anonymously? So, really why should anyone expect mature behavior from me?