and I’m ready to take a cleaver to that curly tail. I get here in the mornings bright and early in the day, like 5 min after he leaves for work, when he has been on nest duty.  Our summer schedule has worked like this:  he works during the day and comes on his day when he gets off, 5:30-6ish, then I come in the mornings and stay until I start seeing patients, hurry hurry up and come back here and stay with them until he gets off.  They are spending several hours during the day alone but The Boy is 14 and pretty responsible.  Stanley has been on at the nest the last 2 nights. The upoming weekend will be my 3rd weekend in a row.   I’ve been on  nest duty a lot because of the upcoming 2 week + 1 day England trip as I’ve wanted to spend the time with them and he is amenable to that.

The kids leave Monday and I’m pretty worried about myself.

I’ve never been away from them nearly that long and I had a really sad few days last year when they took their first vacation with their dad without me.  The first year of firsts is hard and I’m hoping that this time it won’t be so awful. That said,

and England is very, very far away.

Merlot and I are trying to be very brave.

Unlike the other two, she has never been to England (because they are all Dalek/Spocks and aren’t very close) and she hasn’t seen his mother since she was 3.  So, to her this is all very unknown.  I’ve been trying to reassure her that she is going to love meeting all of these people that love her and seeing how Daddy grew up (apparently a barnyard), but still she is anxious.  She does know other members of his family who have visited in her recent memory and she has Skyped with Grandmum so they aren’t like total strangers, but still.

I’m trying not to let her see any of my anxiety.

We have plans to Face-time and Skype.

So, this week, in addition to my working schedule, I have also been trying to get the kids ready to leave.  Yesterday, I took them to buy new jeans that fit and new sneakers that fit plus some clothes that will work in that climate.  The temperatures there are different in the summer;  yesterday it was approx 30 degrees cooler in London than here. As Stanley says,

“It is always cold and wet, it is just a matter of how cold and how wet.”

My little Southern rugrats are accustomed to Satan’s Armpit in the summer and are about to get a good case of the shivers.  So I shopped to get them ready for the trip, jeans, sneakers, and books from their summer reading lists.  He came in just as we were getting back.   I felt bad because we were out of milk and bread so, like a dumb ass, I offered to run to the store.  He took to that like a rat to cheese.  I even got them ingredients for him to cook for dinner.

and after all of my benevolence

that ASSCLOWN did it again!!

He left a me a sink full of dirty dishes

plus cold dried crusty pasta sauce in one pot and

crusty dried pasta in the big pot on the stove. 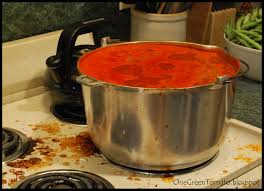 Why is he doing this?

He thanked me several times before I left for getting the kids ready for the trip and then thanked me again for going to the store for him.  I don’t get it.  It is some kind of passive-aggressive bullshit.

For those that say leave it for him,

he isn’t coming back until Sunday night.

I can’t possibly do that. I have this thought that he and his girlfriend are sitting in their apartment plotting ways for him to annoy me so I will agree to stop birdnesting.   Al says I over think (as usual) and he isn’t doing anything but sitting and scratching his balls because he knows I will do them.

But the worst part is that I get so angry

when I come in and see his mess

that I lose control of my mouth

and say bad things about him in front of Merlot. She is the only one effected by my daddy-bashing

because she is the only one up at that hour to witness the carnage.

It was even so bad that she asked me to stop talking about it.

What is his problem?  Why is he doing this?

When my sweet, Southern, mom heard this she said,”He is the most effing lazy man I have ever seen!”

My mother said “effing.”Never would I have thought I would live to see the day.Womp him again! DROP HIM ON THE ISLAND, PIG.