I was so busy at the end of last week,

with patients and work meetings and PTA and kids,

that by the time Al got in at 9:30 on Friday night 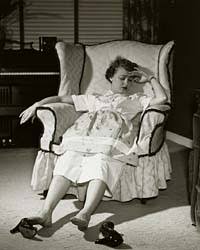 I was also mean as shit.

I was in a horrible mood.

I was so bad that a girlfriend told me she felt the need to text Al and warn him that he might need to come up with a fake illness and cancel on me.  When Stanley got to the nest for the hand off on Friday at 5, I packed my shit and came out to the crash pad (parents are away as usual) to finish my clinical notes and do whatever it took to calm my shit down before my lovah arrived.

I drank some wine.

I watched some Say Yes To The Dress

I took a bath.

My same girlfriend, who was supposed to be

sent me a text:

Part of the problem is that I was exhausted.  One of the good things about the divorce is that Stanley and I split the week with the insane wake up times for the kids.  Our school system changed start times this year and we now start school earlier.  My two middle schoolers now start school at 7 a.m.  The first bell rings at 6:45.  Jumping Bean had a test at 7 a.m. on Friday.  Once again we are expecting kids to do something adults couldn’t do themselves.  Plus, she’s 11 year-old and doesn’t even drink coffee.  What adult would sign up for that?

I would like to take the man that come up

with this idea for school kids and

kick him until he is dead.

We are all suffering.  I carpool with a friend, she drives mornings and I do pickup at 2.  With the change in start times, people with less flexible jobs than mine are suffering even worse because their kids are at school even longer in after care and after school activities.  Carpool line for pick up starts at 1:45.  Ridiculous.   Luckily I can work my patients around so that I am available to run pick up.  Also, lucky for me that I don’t actually have to get behind the wheel of a car at 6:30 a.m.; it would be a danger for the whole city.  But she sent me a text and said,

“John & I are miserable w/ this start time. It’s so terrible & is effecting us as a couple & as a family. I can’t tell you how much I hate it. I can’t think straight half the time. I drove one place & then forgot what I needed.”

It is really awful.

Plus I had worked with Merlot for hours on her spelling

and she got in the car after school and I said,

I’m afraid I didn’t parent particularly well at that moment.

She’s trying to kill me. 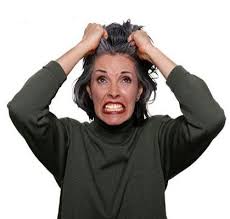 Another part of my mood is that I feel out of control of so much.  This stupid long distance relationship is not moving fast enough for me.  He’s up there with his child and his job and his real estate albatross, and I’m down here getting up with the chickens and hanging out with crazy people.

I picked him up at the airport trying like hell  to turn my scowl into a smooth look of happy calm.  I don’t think I fooled him.  But by the time we got to a restaurant for a quick bite to eat and got back to the crash pad I was better and he had me even laughing some.  He told me over dinner that he was serving me with a

He said he’s noticed that the more lovin I miss,

the meaner I get.

It’s hard to have little kids and then energy to date at this age.

But we’ve had a great weekend.

We slept a lot, all wrapped up together.

We drove yesterday for a few hours to see his son in college.

More on that tomorrow.

He’s beside me watching football and telling his team

how bad they suck.

But he’s mostly nekkid so my view is good.

It’s back to the airport in a bit.

Spelling words and the airport

the story of my life.