I’m glued this morning to the TV and what is happening in Boston. 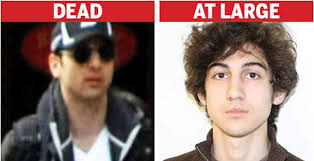 It is hard to imagine an entire city is on lock down.

I look at that suspect and all I can see is a kid.

a week ago,  blustering largely and trying to sound tough.

and didn’t mean any of what he said.

He was just trying to sound tough. 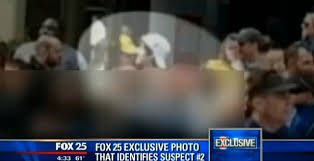 Is this kid a softie inside?

Did he realize that what he was doing was real?

American law enforcement agencies down on his head?

And that we would cheer about it?

He can’t even order a beer.

He could barely vote in the last election.

His schoolmates and neighbors are saying he is a nice boy.

I’m sick about it all.

There is nothing bad enough to say.

How do we instill peace in our children?

We don’t glorify weapons or war for a start.

We don’t talk about hatred.

We don’t talk about hating the government.

We point out the goodness in humanity.

We show them by example  racial tolerance

and our belief that all people are created equally.

We foster feelings of universality

with the rest of the world.

We are all human beings.

We don’t let them hear out of our mouths hate talk..

I could think of more but y’all might think I was preaching.

posted by a friend saying that they wish Obama had gotten the letter.

I did the delete friend thing.

Not because I love the President or the job he is doing.

But because there was hatred in my line of vision.

than the boys who set those bombs or sent the letters.