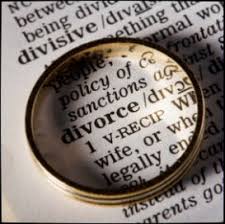 Over the weekend a friend of mine sent me this link

I was very interested in it of course and Al kept teasing me for drifting off in thought and’chewing’ about all of the comments left at the end of the article.  There were comments from divorcees, children of divorce and people that aren’t divorced who felt it was their place to shame people for divorcing in the first place.Examples: (my thoughts are in red)

Honestly, if two people can put time, effort and care into “nesting” for the childrens’ sake, they can put that same energy into rebuilding their marriage. (Yes, well you still love your kids but the same can’t be said for the spouse usually.)

My ex spied on me/stalked me post divorce for several years. I can’t see sharing a house. I would have had zero privacy whatsoever. At the very least.  (Oh, hell no. That sort of behavior would make nesting impossible.)

This is an excellent plan as it puts the kids and family first. Even if you split up, you will always be a family and this home is the family home. (That is my thoughts, Steve in Vancouver.)

I am wondering why are we thinking the damage should be managed best by the divorcing adults in this unit? The pain seems overwhelming to the grandparents of these beloved grandchildren!  (Scratching my head, was Maw Maw drinking?)

I have another perspective… I am the “second” wife and now stepmom. This kind of arrangement will not work if either parent would like to move on with their life and meet someone new. I could not have been comfortable with my husband (or even boyfriend) bouncing in and out of his ex’s life in such an intimate way. (Hmmph.  I would say we have both moved on and I have sore parts to prove it.  We aren’t here together.  Ewwww.)

I’m in my 50’s and my parents divorced when I was 11. It was pretty ugly, well before people became educated on what NOT to do… Everyone got hurt and there was a lot of lingering (decades’ worth) damage. We all survived, but at a cost. Modern parents are quick to label their own divorces amicable and believe their kids are fine… But divorce is traumatic and they shouldn’t expect a quick fix. Who was with us and when we had access to our parent(s) wasn’t the issue — the issue was that our family was broken. No amount of visitation would un-break it.  (Aw, fuuuuccccckkkk.  Not what I want to hear. My worst nightmare in fact.)

My parents divorced when I was eight years old, and for a while they were the ones switching houses until I was about 13.  I am convinced that their decision saved me from a lot of the emotional turmoil and anxiety that comes along with divorce because it showed me that they truly had my best interest at heart and were doing whatever they could, despite their discomfort, to maintain some stability in my life. (Right on! I want my little people to feel this way.)

Anyway.  There were about 130 more of those. 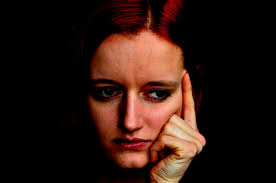 When Stanley and I were thinking about divorce (and let me be clear, he was thinking privately and I was thinking privately, there were few conversations because if we could have those we would still be married but instead quick bursts of verbage in passing when we were kid free.  Which was never.  So there were emails about divorce) I found information on nesting on the internet. I found 3 stories of people who had managed to nest successfully.  Several of them had nested for over 10 years, until their last child was out of the nest.  These successful long term nesters had moved on, gotten remarried or lived with new partners while still nesting.  They had ‘Nest Rules’ in their paperwork and it was clear that the nest was the children’s home and new spouses/lovers didn’t stay overnight in the children’s home that is rotated with the ex-spouse. 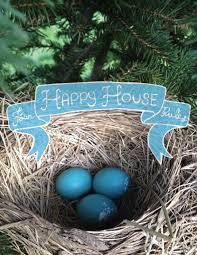 They had other homes with their new spouse that they lived in half of the time.  The new spouse had dinner with the parent and the kids but never slept over in the nest.  I thought at the time that it was a great sacrifice but also a great gift to give to the little people that you made; the gift of stability.  Would it be hard for a new spouse?  Maybe.  But a lot of people travel for business 3-4 nights a week and no one thinks a thing of it, so what if your new wife or husband is parenting those 3-4 nights.  I have asked Stanley if it is hard for his girlfriend and he says she understands that I’m not there when he is parenting at the nest, so no.  Al has said the same thing.  When a new girlfriend/boyfriend comes on board with this arrangement in place, it is just part of the package.  Al understands that this is when I am available kid free and this is what I am doing when I am on nest duty and he goes back to the hotel at 10 p.m.

I wish I could make this work for another 10 years when Merlot goes to college.

But I fear it will only be temporary.

We have been nesting since January 2011 when we separated.  I am hoping to get another 18 months in before Stanley insists we sell the house. This requires more money for both of us and he isn’t going to do this for 10 years.  Then there is the: His messes are a huge stressor for me.  My 71 y.o. mother raked every leaf in the backyard that was raked this year.  I helped minimally because of my back injury.  He is supposed to do the yard work and he doesn’t, just doesn’t.  Al and The Boy mowed the front weeds last Friday because it was embarrassing to me and it was Easter.

the mess he has left me or get frustrated about the yard,

I remind myself I am doing it for my children.

This is my sacrifice so that I could divorce his ass

yet hopefully protect my kids to the

best of my ability.

Which I realize is a huge joke.

Their world is fractured anyway.

They have us both but never at the same time.

And they miss having us at the same time. There are no easy answers.  People get divorced.  Sometimes people can’t live together.  I will never have absolution for my decisions and I can’t go back.  I wish I could.  I can only hope that my children will see a happy loving co-parenting relationship with Stanley and a happy loving partnership with another man so that they won’t be afraid to seek lasting relationships and will be open and not hard hearted.

I see them watching me with Al and see him rushing to help me and his gentle ways with me.  He told me I was beautiful and Merlot agreed (**Note: I’m not.  He’s whuuuped and was trying to show her that men think women they love are beautiful and should tell them so.)  He talked with JB about boys too (something on TV brought this up) and how they should respect her, she is worthy of respect. He has 2 teenaged girls and is very good at knowing the messages they should be receiving. Stanley is their dad and is a good dad but doesn’t think about those things like Al does.

My children are benefiting from being with Al

in a different way than their Dad.

And that can’t be all bad.

I hate my divorce, hate it.  Clearly from these rambling thoughts I am still trying to reconcile my guilt over my children having to suffer for my mistakes.  I want things to be perfect for them.  But then I remember how many people come from intact homes and are all shades of screwed up.  I see it every day and I certainly have father issues myself and my parents have been married for 53 years.

All I can hope for is for forgiveness and love.